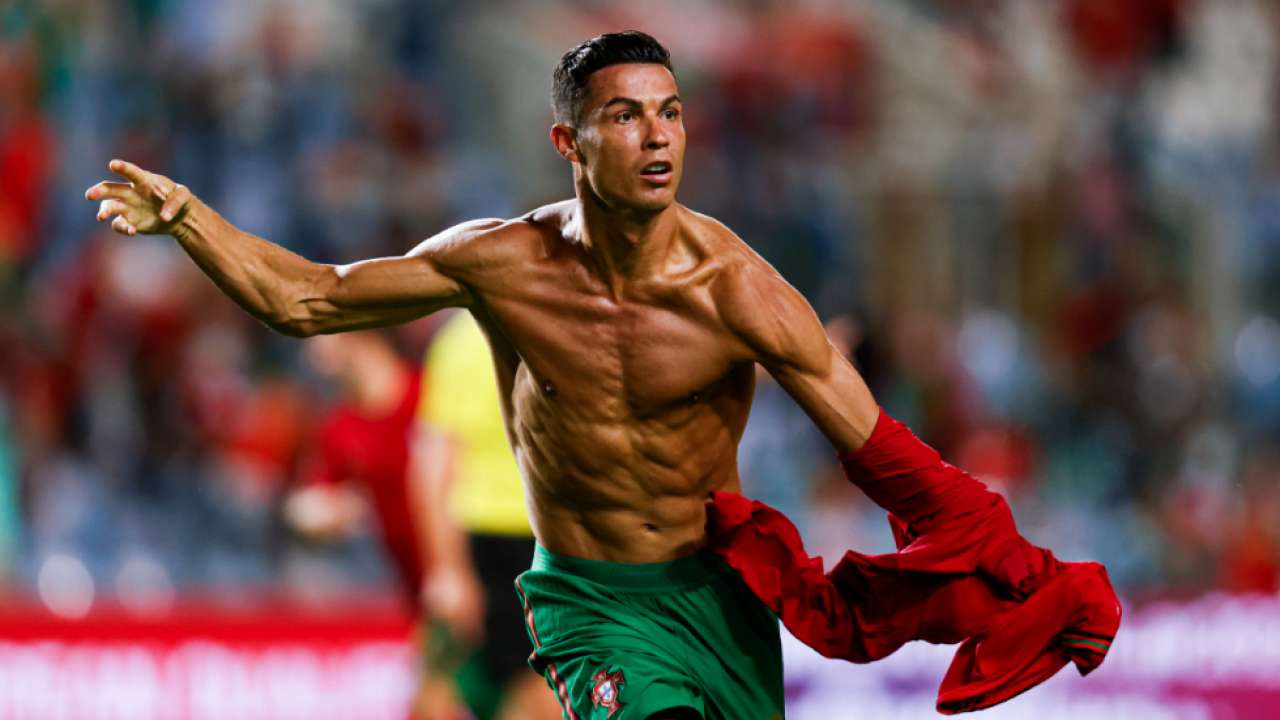 The following article is about 5 players with similar playing style to Cristiano Ronaldo. When a sports person reaches the age of 36, he thinks about retirement and how to spend their life after their career. All these are true, but not in the case of Cristiano Ronaldo. Cristiano Ronaldo is one of the greatest players of all time. Except for the World Cup, he has won every other major trophy. His career has been spanning for almost two decades. Wherever he goes, success follows him. Cristiano Ronaldo is on the verge of scoring 800 career goals. The mind-boggling number is within his grasp. With a solid physique and determination to be the best, Cristiano Ronaldo stands at the pinnacle of football.

The five times Ballon D’Or winner has reached broken several records, and, naturally, a young player will idolize him. Some copy his celebration, while some imitate his playing style. In this article, we will omit the first one and focus on the second one. Cristiano Ronaldo has played in several positions, starting from the left-winger, mid-fielder, to striker. It is next to impossible to be him, but his playing style is an easier task and can be in people’s grasp. But to maintain that style, they need to be focused and physically fit, as it requires quite a bit of stamina. Enough with talking let us get into the topic and see the top five players who have a similar playing style to Cristiano Ronaldo.

List of 5 Players With Similar Playing Style To Cristiano Ronaldo

There are only a few players currently active who are as good as Marcus Rashford. He is an underrated star with a strong physique and lots of stamina. Rashford can keep running for the whole ninety minutes without any fatigue. Marcus Rashford makes us remember the days when Cristiano Ronaldo used to play as a winger. A step over, then cut from the outside, and finally, a curled shot to the upper left corner from above the corner. The ball is bound to end up behind the net. This is the playing style of both Marcus Rahsford and Cristiano. Currently, the two are playing together at club level, and it is a good time for him to learn from the best.

Not the result we wanted on my return. Happy to get the goal but the performance as a whole was just not good enough today. It felt great to be back but we have to rebound from this. I’m looking forward to getting back on the scoresheet so all eyes are now on Wednesday. pic.twitter.com/Qdljlkwpp7

A goal poacher, fox in the box, box to box, etc., can all be used to define him. No, I’m not talking about Cristiano Ronaldo. My focus is on Erling Haaland. Haaland scores in every match he plays. A deadly striker of the ball and he does not have a weaker foot, just like Cristiano Ronaldo. A power shooter of the ball, with a speed, that can leave any defender behind. Each of these qualities is possessed by Cristiano Ronaldo. During his Real Madrid career, he readily followed this playing style. It is a difficult style to imitate as it requires a lot of physical fitness. Haaland is doing his duty quite well, and it looks like he soon will make it his style.

Serge Gnabry is a regular starter for FC Bayern Munich. Several other star players in the team are much more experienced, but the coach always prefers Serge to start. Serge Gnabry, like all other players on the list, also has a playing style similar to Cristiano Ronaldo. He is quick to attack and use his brain to set up a goal or score them. Serge Gnabry is showing all the signs to be a great player at such a young age.