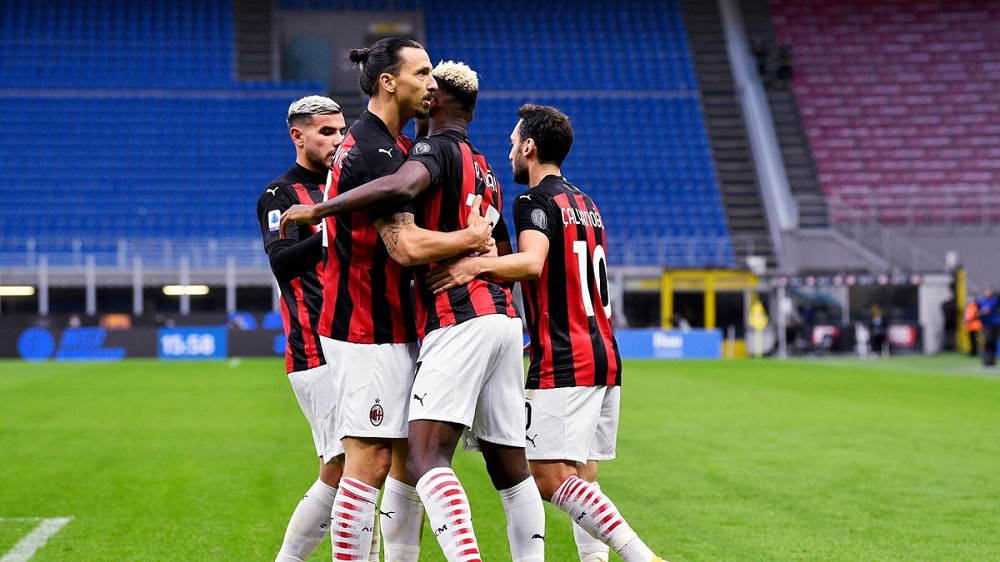 The Derby della Madonnina which is popularly known as Derby di Milano in Italian and Milan Derby in English is one of the most prominent matches in football. This clash takes place between the two Milan clubs, namely Internazionale Milano and AC Milan. Both the teams are very strong and hence, the fans wait for this fixture in every season. Both of them play a minimum of two times in a season against each other in Serie A. The other tournaments such as Coppa Italia, Supercoppa Italiana, and also club friendlies make it better. Even though both the teams are very strong, the last time AC Milan won against Inter Milan in Serie A was in 2016 by 3-0.

After the arrival of Zlatan Ibrahimovic to AC Milan, things have changed. The team looks stronger and more complete. After winning all of the 4 matches this season, AC Milan is at the top of the table. They are in excellent form right now. If they keep up this form, the Europa League will not be too hard for them. Talking about Inter Milan, they are in the 6th position right now with 7 points on the table. The Milan Derby returned on 17th October and the fans could not wait for it. Let us go through some of the highlights of the match.

On 17th October AC Milan faced Inter Milan at San Siro. It is one of the biggest rivalries in the history of football. Both the teams brought on their best team on the field. The match kicked off and AC Milan scored the first goal in the 13th minute. The goalscorer was none other than Zlatan Ibrahimovic who won a penalty for his side and took the set-piece himself. He was first denied by Handanovic but then converted it into a goal after the deflection from the Slovenian goalkeeper. This was a great start for AC Milan. Zlatan did it again for his team and scored the second goal. Leao burst through the left flank and kept an amazing ball right to Zlatan. The Sweden striker converted it in the first touch itself.

Milano never had a king, they have a GOD pic.twitter.com/LmQxt0XnwG

Now, the score was 2-0 in AC Milan’s favor and Inter had to do something really quick. Lukaku brought Inter back to the game after scoring a goal in the 29th minute. A perfect low assist by Perisic met Lukaku’s foot and he scored an easy tap in. Unfortunately, for Inter it was their only goal of the match. They did dominate the second half and also had many easy chances to score but they just could not convert. AC Milan won the match by a goal. After the match, Ibrahimovic took it to his Twitter and tweeted that “Milano never had a king, they have a GOD”. This was a perfect response to Inter’s Lukaku who had tweeted “There is a new king in town” after their 4-2 win last season against Milan.