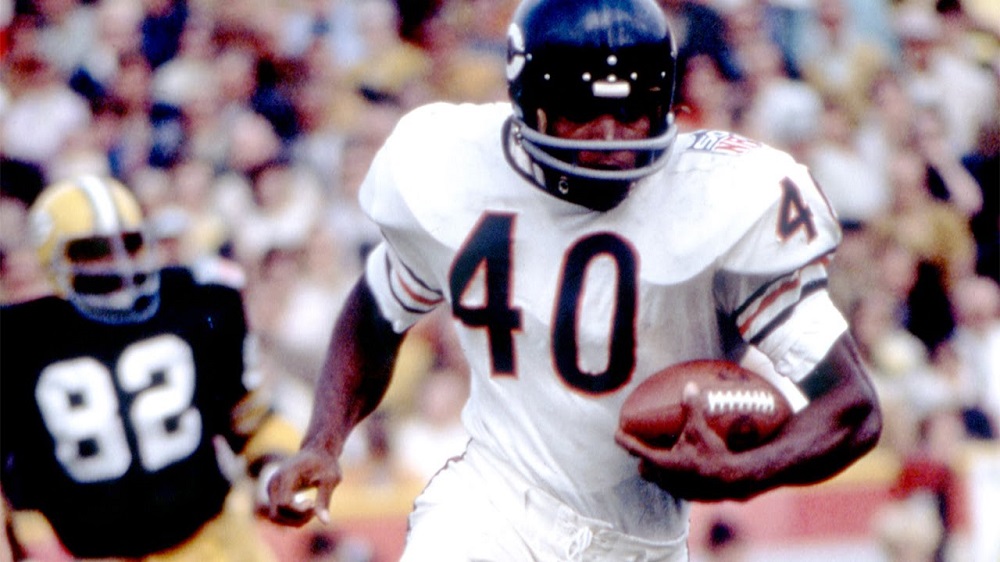 American football player Gale Sayers passed away yesterday at the age of 77.

The American professional football player Gale Sayers passed away on 23rd September 2020. The halfback who played for Chicago Bears for seven seasons died at the age of 77. In 2017, Ardythe, who is his wife, said that he has been diagnosed with dementia and was caused because of his football career. During the games, he got hit in the head too many times, which directly lead to the shaking of the brain. Whenever the players took him down by force, it kept on affecting him till it got turned into a severe condition. Sayers was physically fit but had to go through mental health issues. His memory began to fade at such an extent that he could not even sign his name. The cause of his death is being reported as dementia.

What did Gale’s friends and other former football players say?

His former player friends, including Dick Butkus, came forward to express their sorrow. Matt Nagy, the coach of Chicago Bears, and George McCaskey, the chairman of Bears, gave tribute to the late star. They mentioned that he was a rare combination of power, mind, and speed. He could always predict what the defenders would do, which was very smart of him. He is the youngest player who was inducted into the pro football Hall of Fame. Popularly known as the ‘Kansas Comet,’ he was considered one of the best open-field runners. He played college football for the University of Kansas, where he was one of the most challenging players that can be tackled. Sayers has also been inducted to the college football Hall of Fame.

It is with great sadness the Chicago Bears mourn the loss of Bears Hall of Fame running back Gale Sayers. Sayers amplified what it meant to be a Chicago Bear both on and off the field. He was regarded as an extraordinary teammate, leader, husband and father. He was 77. pic.twitter.com/cK8kS9ru8b

Gale Sayers was someone who I admired long before I arrived in Chicago. I loved his approach to the game and of course, how he played it. He inspired me to be great in a city that loves sports like no other. RIP to one of the @NFL’s best ever. #KansasComet @ChicagoBears pic.twitter.com/Rc3zytUjQj

Who is Gale Sayers?

Born on 30th May 1943, in Kansas, Gale started playing football since he was in High School. Sayers was also a part of the track and field and extended the jump team as he was called an all-round athlete. In 1965, he joined the Chicago bears and won the NFL Rookie of the year. He then had to undergo right knee surgery, after which he returned to the game. Then, his left knee was injured, and playing was getting difficult for him. In 1972, Sayers played his final game before retirement.

After his retirement, he got into business and sports administration. He worked at the athletic department of his University and then worked as the athletic director of Southern Illinois University. In 1970, after his friend and teammate Brian Piccolo died due to cancer, he wrote an autobiography titled ‘I Am Third, ‘ which was the basis for Brian’s song. ’48’, his jersey number is considered as a retired jersey by the team. Sayers has created a legacy with his game, and his death is a massive loss for the world of football.