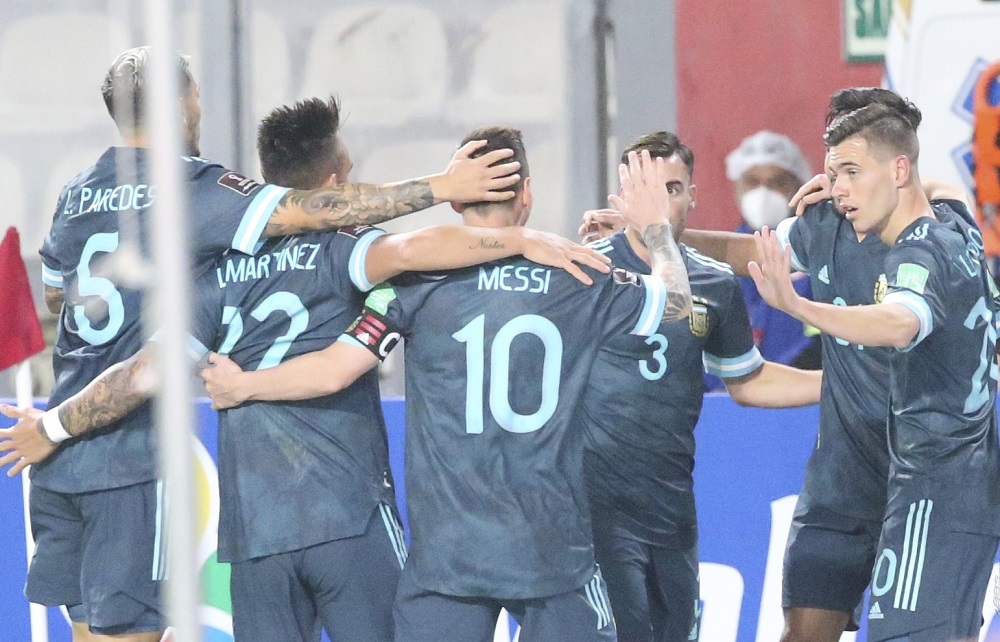 Argentina defeated Peru to maintain their second position in the points table behind Brazil.

The international break is almost over and hence, here we are with the final matches of the FIFA World Cup Qualifiers for the break. Until now, all the teams had played 3 matches and so, it was time for matchday 4. Brazil had already defeated Uruguay to claim a 2-0 victory with Cavani being suspended during the match and for the next game as well. Even though Neymar and Coutinho were missing for Brazil, the current Copa America champions managed to win the game against Uruguay who was missing their star striker Luis Suarez. Suarez had tested positive for COVID-19 just 2 days ago and hence, he missed the match and will be missing a few more. Anyhow, it was now time for Argentina to lock heads with Peru as the former was looking forward to get 3 more points on their table. So, let us see what happened during the match.

The match began and Peru kicked off. Peru was hosting the match and they were looking confident as they were playing a good possession game. However, Argentina did not let them get off easily as the visitors were pressing a lot in an attempt to steal the ball from them. In fact, in the 9th minute, Peru had a great chance but Christian Cueva missed it. But, it seemed like the hosts had a chance as the referee declared a VAR to check whether there was a foul on Cueva when he was inside the box. However, after a lot of debate, the referee did not award them a penalty and the match continued.

Finally, in the 17th minute, N. Gonzalez broke the deadlock as he scored for Argentina. It was a great pass from Lo Celso and Gonzalez collected it and dribbled past a defender. After that, he shot the ball into the back of the net putting it past the Peru goalkeeper P. Gallese. However, that was not it as in the 28th minute, Lautaro Martinez scored a brilliant goal to double the lead for his side. Leandro Paredes set Martinez with a brilliant low through ball. The striker then dribbled past the Peru goalkeeper to score an easy and open goal. With that, Argentina were leading by 2-0 at the end of halftime.

The second half began as Argentina kicked off and the visitors were looking really confident now. Even though they had a 2-goal lead, they were looking hungry for more. They were attacking continuously and creating chances again and again. However, the Peru defense and goalkeeper did a brilliant job to deny the Argentinian players again and again. As a result, after a goalless second half, Argentina won the match with a score of 2-0.

With this victory, the Argentinians had won another 3 points from their last match of this international break. With this, they managed to reach back to their 2nd position. However, they are still 2 points short of Brazil who are sitting at the top of the points table. Anyhow, they will be happy with the win as they have now won 3/4 matches and drawn one. On the other hand, Peru still had 1 point and was at the bottom of the table at the 9th position. So, now it is time for you to brace yourselves up. The international break is over and soon club football will returning. Talking about the qualifiers, Argentina will be facing Uruguay in their next fixture whereas Peru will be up against Bolivia.