Argentina Settle For Draw Against Paraguay In World Cup Qualifiers 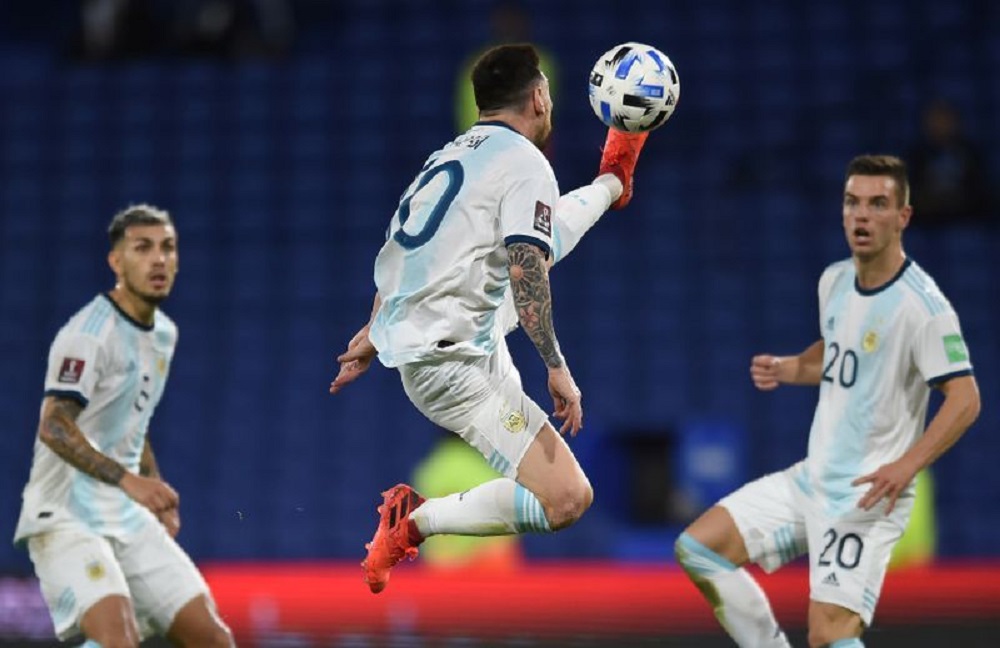 Argentina had to settle for a draw against Paraguay but managed to reach the top of the points table.

The international break is on and the players have returned to their countries from their club to fulfill international duty. Be it the UEFA Nations League or the FIFA World Cup Qualifiers, everyone is interested in watching their favorite players back in action. We get to see amazing fixtures whenever the players are playing for their respective nations. As a result, yesterday was another such day as the FIFA World Cup qualifiers for South America returned with the matchday 3. The match that caught everyone’s eye was Argentina vs Paraguay. Argentina was in the 2nd place whereas Paraguay was in the 5th position on the points table. A win in this match would see either of the teams go to the top of the points table. So, it was definitely going to be worth the watch.

The match began as Argentina kicked off on the referee’s whistle. They were playing brilliantly as they were maintaining good possession of the ball. However, Paraguay was also doing a great job in pressing the Argentinian players and was able to steal the ball from them again and again. So, both the teams were creating chances but none of them was being able to convert those chances. Finally, in the 21st minute, Paraguay broke the deadlock as in the 19th minute, Almiron won his side a penalty after he was fouled inside the box. As a result, Angel Romero took the spot-kick and scored an easy goal after sending the Argentinian goalkeeper F. Armani the wrong way. As a result, Paraguay was now leading by 1 goal.

However, Paraguay’s early goal did not seem to affect Argentina much as they continued playing their possession game. In fact, Argentina seemed to be boosted by their opponent’s early goal. They were now playing with full force as they wanted to level the scores. Finally, in the 41st minute, the Argentinians were able to tie the scores. Giovani Lo Celso crossed in a great ball from the corner and Nicolas Gonzalez headed it into the back of the net amazingly. As a result, the score at halftime was tied at 1-1.

The second half began and now both the teams were looking determined to secure the 3 points from this match. However, Argentina seemed to be dominating Paraguay completely. They were creating great chances but were unfortunately not being able to convert them. However, Messi scored a goal in the 57th minute which was disallowed by the VAR. Lo Celso set up Messi with a short pass who smashed the ball past the Paraguayan keeper A. Silva. However, the referee disallowed the goal for a foul committed for the buildup of the play in which Messi scored the goal. As a result, neither of the teams scored a goal and the match was drawn at 1-1.

Both the teams had drawn and won a point each from it. As a result, Argentina climbed up to the 1st position whereas Paraguay went up to the 4th position in the points table. Anyhow, the team will have another chance in matchday 4 before the international break is over. So, in their next game, Argentina will be facing Peru whereas Paraguay will be locking heads with Bolivia.