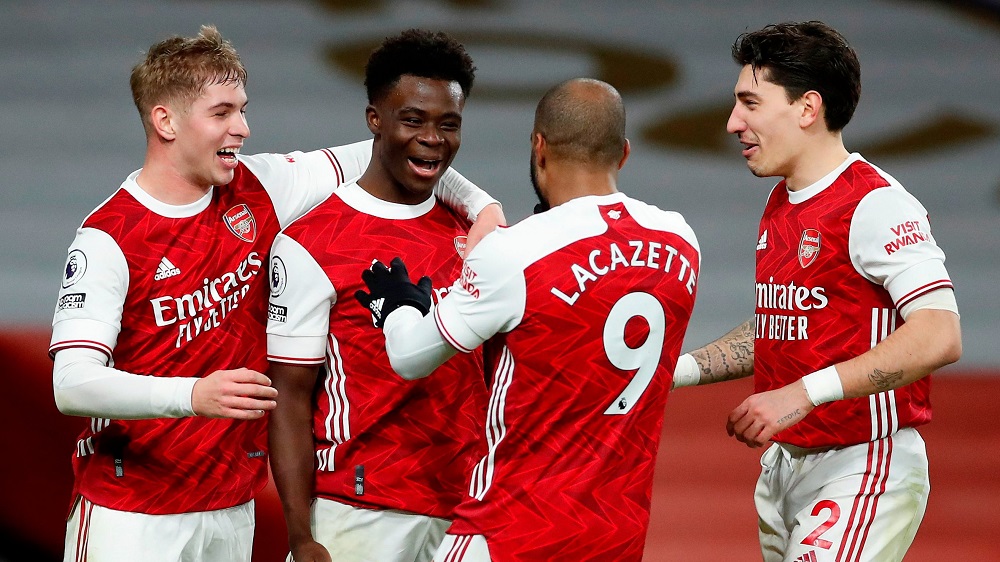 The Gunners crushed Chelsea 3-1 in the the London Derby to emerge victorious.

It was time for the London derby in the Premier League as Arsenal was all set to face Chelsea. The Gunners haven’t really been in their best of form this season. However, the journey for the Blues has also been a bit rocky until now. The new players in both the teams are settling in right now and trying to find their form. Chelsea had somehow managed to stay in the Top 5 whereas Arsenal were sitting in the bottom 6. The former had won 7 matches, drawn 4 and lost 3 until now. On the other hand, the Gunners had barely managed to win 4, draw 2, and lost 8. Consequently, it was going to be a really interesting game. Both players turned managers were going up against each other and the battle would be really thrilling. So, let us see what happened in the derby.

The match began as Chelsea kicked off in the referee’s whistle. Frank Lampard’s men were playing their standard possession game. However, they were lacking in creating chances as Arsenal were dispossessing them with immense pressure. The Gunners on the contrary were playing brilliantly as they were creating chances but were unable to convert them. Finally, in the 35th minute, Arsenal took the lead from the spot as Lacazette scored a penalty for them. Tierney won a spot-kick for them as Reece James brought him down inside the box. The referee immediately awarded a penalty to Arsenal that their veteran striker converted easily to give them an early lead.

However, that was not it as the Gunners were looking for more. As a result, in the 44th minute, Granit Xhaka scored from a freekick to double the lead for Arsenal just before half time. Kante fouled Saka outside the box to give away a freekick to the Gunners. Then Xhaka made full use of this to score the second goal for Arsenal against Chelsea. As a result, the score at the end of the first half was 2-0 in Arsenal’s favor.

The second half began and now Chelsea were pressing highly as they were desperately looking for goals. However, it was still the Gunners who got another one added to their tally. Saka scored an outstanding goal in the 56th minute to triple the lead for his side. The youngster saw Edward Mendy standing off his line and immediately chipped it or took a show to bend the ball into the left side of the net. Consequently, Arsenal were now 3-0 up and now there was no chance for Chelsea to make a comeback. However, the losing side still managed to score a goal as consolation. It came from Tammy Abraham as he chested a cross from Hudson-Odoi into the goal past B. Leno. Chelsea got another chance in the form of a penalty but B. Leno saved this time an attempt from Jorginho.

Your Man of the Match from last night's win! 🏆

As a result, the match ended as the Gunners had emerged victorious with a 3-0 win. Arsenal had won the London derby to prove that they are still in the competition. Their 3-1 win over Chelsea says a lot as their manager Mikel Arteta had put all his trust into the youngsters. Moreover, his team had not let him down as they crushed Chelsea in the game. With this, they moved up to the 15th position in the points table as they now have 17 points. Chelsea, on the other hand, dropped down to the 7th position as they lost for the 4th time this season. Anyhow, they will be looking to bounce back as they face Aston Villa in their next fixture, On the contrary, Arsenal will be up against Brighton in their next match.