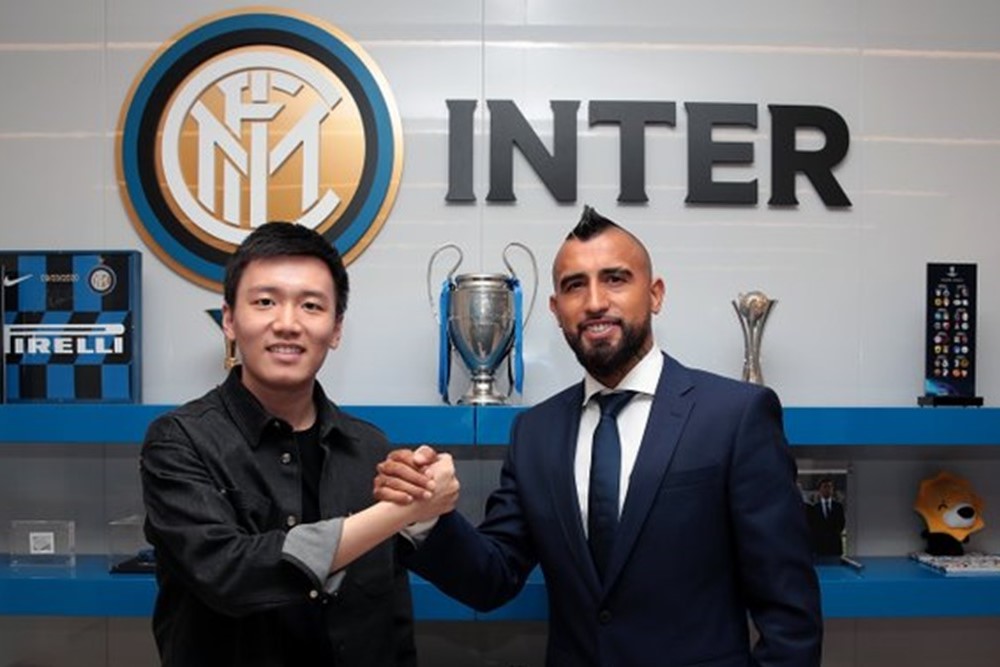 The Barcelona star Arturo Vidal has completed his signing to join Italy’s Inter Milan. On Tuesday, both the teams agreed. Inter Milan signed Vidal for €1 million. Vidal joined Barcelona in 2018 and has played a total of 96 games for the team. In those 96 games, he has scored 11 goals. The Barcelona president, Josep Maria Bartomeu, thought that the player had lost his form to play in Barcelona and decided to let him go. Barcelona did not have a great season last year. They did not win a single title and even had to face a disastrous loss against FC Bayern Munich in the Champions League quarter-finals.

After the humiliating defeat, Bartomeu knew that he had to make some severe changes in the team. He sacked Quique Setien and signed Ronald Koeman. Koeman saw no role for Vidal in the group. Lionel Messi even took it to his social media to bid goodbye to the Chilean star. Messi wished Vidal all the best for his future endeavors. Arturo Vidal will now get a chance to play for his former manager Antonio Conte for whom he used to play in Juventus from 2011 to 2015. Inter Milan has made some positive statements about the player. They have stated that he is a warrior and has the objective of fighting and winning.

Who is Arturo Vidal?

Arturo Erasmo Vidal Pardo is a professional football player who plays as a midfielder for the Serie A club Inter Milan. He also plays for the Chile National Football Team. The Chilean superstar just finished his move from the Catalonia side Barcelona to Inter Milan. Vidal made his professional club debut for Colo-Colo, where he won three league titles. After that, he decided to join the Bundesliga club Bayer Leverkusen. He played for the club for four seasons.

In 2011, after recognizing his talent, he was signed by the Italian champions Juventus FC. Juventus did not regret their decision to sign the midfielder after watching him play. He was a very aggressive and smart player. He also got many nicknames from his club, such as Guerriero, which means ‘The Warrior.’ Vidal was also known as King Arthur and La Piranha due to his aggressive playing style. He ended his reign at Juventus in 2015 when he signed for FC Bayern Munich. He won three consecutive Bundesliga titles in three seasons. After this, he joined the La Liga giants, FC Barcelona, where he was a super-sub. Vidal is a great player, and Inter Milan is very confident that they will not regret signing him.