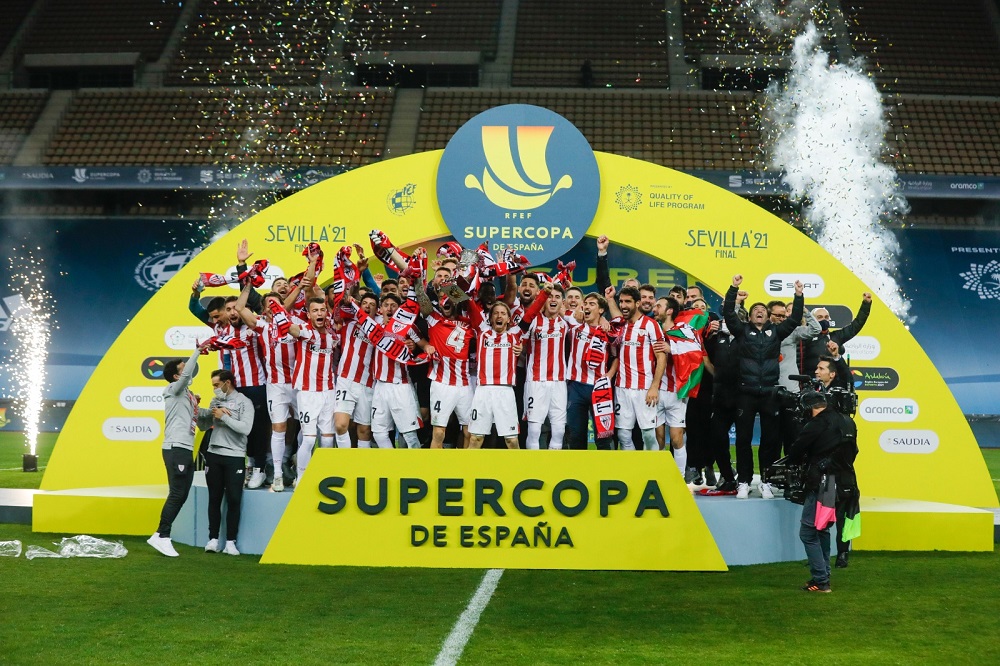 Athletic Club made a historic comeback as they crushed Barcelona to lift the Spanish Supercup.

Barcelona played the final of the Supercopa de Espana against the Athletic Club of Bilbao a couple of days ago. It was a chance for the Catalans to win their first title of this season. However, it wasn’t going to be this easy for them as Athletic Club had improved a lot ever since the arrival of their new coach i.e. Marcelino. Barcelona had defeated Real Sociedad to confirm their spot in the final whereas Athletic Club had beaten Real Madrid to seal their place. As a result, it was going to be a really interesting game as they had both defeated some really good teams to reach the final.

The match began as Barcelona kicked off and the Catalans were playing their standard possession game. However, Athletic Club didn’t let the Barcelona players relax as they were pressing highly. But, Barcelona also stood strong and didn’t lose the ball that easily. Both the teams were trying to create chances but neither of them was able to convert those. Finally, in the 40th minute, the Blaugranas got a breakthrough as Griezmann scored the opening goal for them. Alba passed the ball into the box which Messi latched onto but the Athletic defender blocked it. However, the ball went straight into Griezmann’s feet who smashed it into the goal. Consequently, the Catalans had got into the lead.

However, it didn’t take the Athletic Club much time to score the equalizer. Just 3 minutes before the half-time whistle, Oscar de Marcos scored the equalizer for his side. Inaki Williams kept in a beautiful ball inside the box for Marcos. The midfielder made no mistake and leveled the scores once again for his team. He beat Ter Stegen with an easy touch on the ball. As a result, the score at the end of the first half was tied at 1-1.

The second half began and even now both the teams were looking desperate for goals. However, once again the match continued as both teams were creating chances but not converting them. Finally, in the 77th minute, Griezmann scored his second goal of the game to put Barcelona in the lead once again. It was a good team goal from Barcelona as Dembele released Alba down the left flank who then assisted the French striker with a low cross inside the small box.

However, this lead was of no use as even after trying to defend their lead, Barcelona conceded another equalizer in the 90th minute. It was from a set-piece as Muniain took a shot brilliantly inside the box and Villalibre stabbed it into the roof of the goal past Ter Stegen. As a result, the score was once again tied at but now at 2-2, and hence, the match was going to be decided with extra time.

The extra time began and it didn’t take Athletic Club much time to score a goal this time. In the 93rd minute itself, Williams collected the ball from Muniain outside the box and was just on the edge of the left side of the box. The Athletic Club striker then cut back and curled the ball beautifully into the top right corner of the goal. Ter Stegen got no chance to save this as the Spanish footballer’s effort was just outrageous. That was the only goal of the game as Athletic Club won the Spanish Supercup.

However, there was another big highlight of the game. Lionel Messi was shown the first-ever red card of his Barcelona career. The 33-year-old Argentine passed the ball to Alba on the left flank and was making a run into the box. But, Villalibre tried to block the Catalan skipper’s run, and being frustrated after bottling their lead twice, Messi pushed the Spanish striker from behind. Consequently, after a VAR check, the referee showed Messi the first red card of his club career. All and all, it was a bad day for the Blaugranas fans as they lost the chance of winning their first trophy this season. Apart from that, Messi may also face a 2-3 matches ban for his conduct. However, Athletic Club went home happy as they were crowned the champions of the Supercopa de Espana. 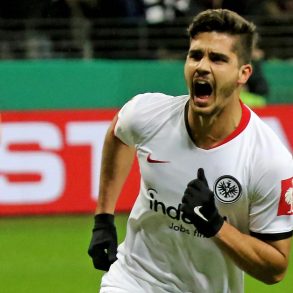