Atletico Madrid Thrash Cadiz To Climb Up To The 3rd Position 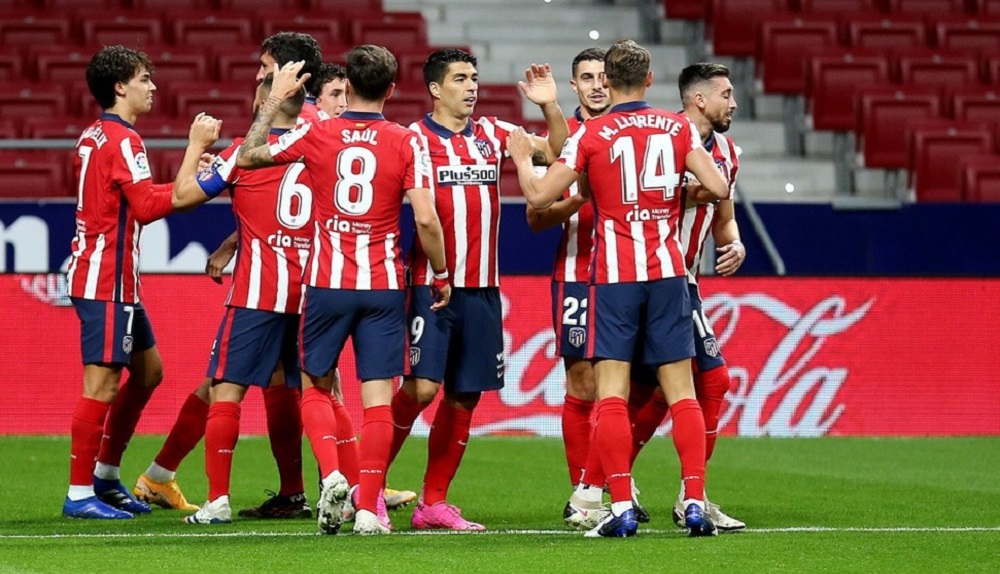 Atletico Madrid destroyed Cadiz to climb up to the 3rd position on the points table.

La Liga is one of the best football leagues and nobody can ever deny that. It has some of the best teams in the world like Barcelona, Real Madrid, Atletico Madrid, and many others. Day after day, we get to see amazing fixtures that are extremely thrilling and nerve-wracking. In fact, the 2020/21 season has been nothing short of a roller coaster ride. We saw Barcelona struggling to win just 2 points from their past 4 matches and we also saw Real Madrid getting thrashed by the bottom-most clubs.

However, this week the games were extremely exciting. We got to see Barcelona defeat Real Betis with a score of 5-2. Lionel Messi scored a brace and also finally scored his first open play goal of the season. On the other hand, Valencia crushed Real Madrid with a score of 4-1. The former side won 3 penalties, all of which came from the Real Madrid defenders and the fourth goal was also an own goal from their defender. Anyhow, it was time for another interesting fixture as Atletico Madrid was all set to lock heads with Cadiz at their home ground i.e. the Estadio Wanda Metropolitano.

The match began as Cadiz kicked off on the referee’s whistle. Atletico were completely dominating Cadiz as they had good possession of the ball and were also pressing well. Cadiz seemed to be under a lot of pressure as Atletico had already started creating good chances. However, the home team was not able to convert any of their chances until the 8th minute when Joao Felix scored a great header to put his side in a 1-goal lead. It was a well-kept cross inside the box by Marcos Llorente. Felix headed it calmy beating the Cadiz defender to give his team an early goal.

However, even after scoring one goal, Atletico did not stop pressing. They kept creating attacks and were playing really confidently. As a result, in the 22nd minute, Marcos Llorente scored a goal to give his side a 2-goal lead. Llorente lost the ball initially but won it back from Alex. The Atletico forward then smashed the ball as it went past Ledesma who could have made a simple save. As a result, the score at halftime was 2-0 in Atletico Madrid’s favor.

The second half began and it did not look like Cadiz had already lost the match mentally. Atletico Madrid completely dominated them with the possession of the ball. In fact, just 6 minutes into the second half, the home team scored their third goal of the game. Felix played a short pass to Suarez as the Uruguayan dashed past the Cadiz defender and shot the ball into the right corner of the net. As a result, Atletico was now leading by 3 goals. However, that was not it as in the 90th minute, Felix scored another goal to complete his brace. It was an absolute stunner as Correa pulled the defenders towards himself and played a volley to Felix. The Portuguese then controlled the ball with his chest and smashed it past the keeper into the back of the net.

With that, Atletico Madrid won the match with a score of 4-0. It was an amazing victory as it must have given the players a boost before they entered the international break. Now, they will be returning after 2 weeks. However, with a win in this match, Atletico Madrid has now risen to the 3rd position whereas Cadiz has gone down to the 6th position in the points table. Anyhow, now you will get to see La Liga after a short break as the players are on international duty. However, once the international break is over, there are some amazing matchday planned as Atletico Madrid will be playing against Barcelona whereas Cadiz will be up against Real Sociedad. The matches will be interesting as Luis Suarez (Atletico Madrid) will be battling against his former club Barcelona.