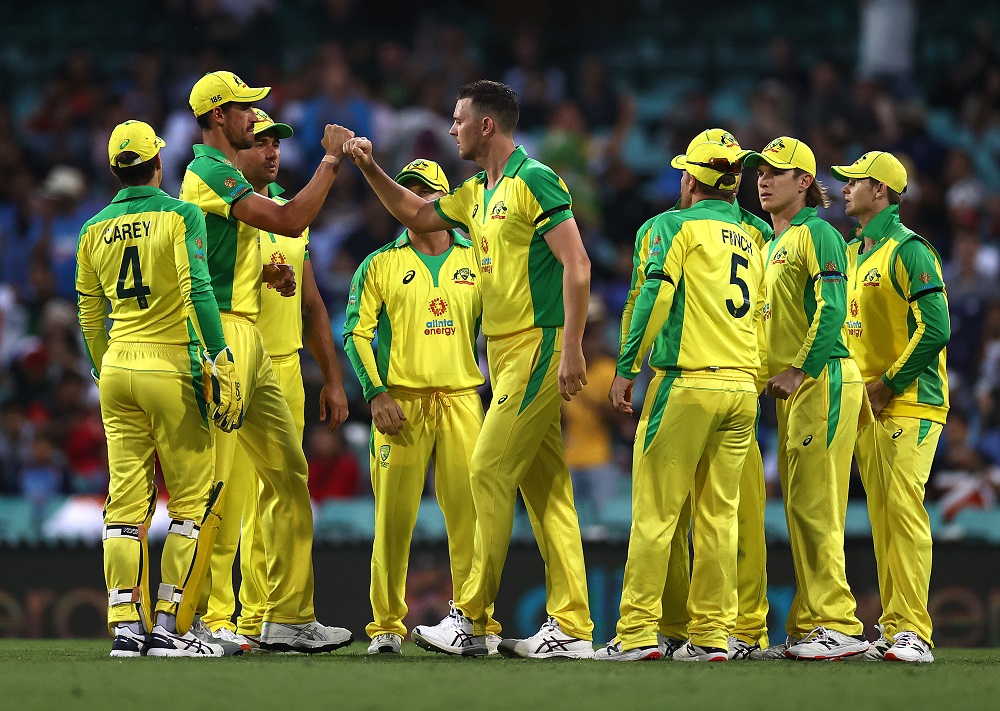 Australia crushed India to clinch victory in the 1st ODI of the Dettol ODI Series.

If you are a cricket fan then you must definitely be aware of the series between India and Australia that just began. The Indian cricket team traveled to Australia for an all-format series. This series was starting almost 20 days after the conclusion of IPL 2020. IPL had to be postponed this year due to the ongoing pandemic. Later on, it was held in UAE in accordance with all the guidelines laid down by their government. The India tour of Australia began yesterday on 27th November as the teams played their first ODI of the series. The game was going to be interesting as earlier this year, India had defeated Australia in India. So, let us see what happened in the game that was hosted in Sydney.

The match began as Australia won the toss and opted to bat first. The Australian skipper Aaron Finch wanted to put up a big target in front of their rivals because he knew India had the batting lineup that could chase a huge target. So, the match began and Aaron Finch and David Warner came to open the innings for Australia. They both were playing really well and within the first powerplay itself, they managed to get 51 runs on the scoreboard without losing a single wicket. They continued playing like that and now, the pressure on the Indian team was building as they had not got a single wicket. However, in the 28th over, Mohammed Shami got his team their first breakthrough. He dismissed Warner (69 in 76) to slow down the Australian innings. However, then came Steven Smith who got set on the crease very soon.

On the other hand, Finch (114 in 124) was beating the pulp out of the Indian bowlers. However, in the 40th over, he lost his wicket to Bumrah. In the very next over, Marcus Stoinis (0 in 1) got out. But, there were still 9 overs remaining and Smith and Maxwell were on the crease. Glenn Maxwell then took the charge and smashed 45 runs in just 19 balls before he got out in the 45th over. Then came Labuschagne (2 in 2) who got out in the very next over. However, Smith still managed to score 105 runs in just 66 balls to give the Australian innings a boost before getting dismissed in the 50th over. In the end, Alex Carey (17* in 13) and Pat Cummins (1* in 1) finished the innings for Australia as they took their team total to 374-6.

Australia had set up a huge target for their rivals and hence, India needed to play some quick and good shots if they wanted to win. So, Mayank Agarwal and Shikhar Dhawan opened the innings for them. The duo was smashing fours and sixes until the 6th over when Agarwal (22 in 18) got out. As a result, Virat Kohli (21 in 21) came to the crease but soon, he also got dismissed in the 10th over. Just 2 balls later, Iyer (2 in 2) also got dismissed. Consequently, at the end of the powerplay, India had managed to score 80 runs but after losing 3 wickets. Anyhow, KL Rahul (12 in 15) came in at 3 but was unable to contribute much. He lost his wicket in the 14th over to Adam Zampa.

Now, Shikhar Dhawan and Hardik Pandya were on the crease and were India’s last hope. The duo was playing excellent as they were saving their wickets. Hardik was thrashing the Australian bowlers and so did Dhawan (74 in 86) until the 35th over when he got out. Consequently, Ravindra Jadeja came to the crease but that did not stop Hardik from playing his game. He smashed 90 runs in just 76 balls to give his country a hope. However, after his dismissal in the 39 over, the fans lost their hope. Jadeja and Shami were on the crease but couldn’t do much. Jadeja (25 in 37) got out in the 46th over whereas Shami (13 in 10) got out in the last over. As a result, Saini and Bumrah finished the innings as they got India to a total of 308-8.

India lost to Australia by a massive 66 runs as some might say. However, when talking about ODIs, this is a close defeat. Even after losing 4 early wickets, Hardik Pandya and Shikhar Dhawan kept the hopes of their fans alive. From this match, India must have surely learned that they can’t afford to make any mistakes. They dropped Steven Smith’s catch and that turned out to be quite expensive for them. On the other hand, they even need to improve in their bowling as they failed to get a single wicket in the first 25 overs. If they are unable to get a single wicket in the powerplay, they won’t stand any chances against the Australian cricket team.

An elite way to start the Dettol ODI series – particularly with the bat!

Anyhow, the match turned out well for the Australian team. Steven Smith won the Man of the Match award for his brilliant knock of 105 runs in just 66 balls. He scored the third-fastest century by an Australian batsman. Now, India will be facing Australia in their next or the second ODI on 29th November. The match will be held at the Sydney Cricket Ground in Sydney. So, let us know in the comments section whether India can win the second ODI or Australia will win the series with a victory in the next match.