Australia Dominate India On Day 3 Of 3rd The Test 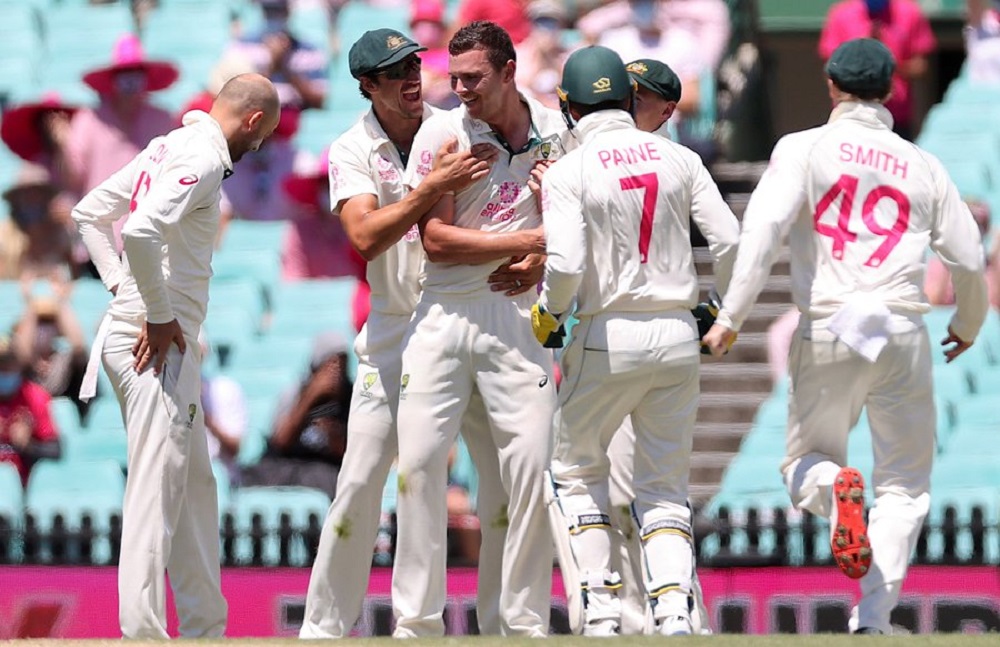 Australia dominated India on Day 3 of the 3rd Test to take a massive lead.

It was Day 3 of the 3rd test between India and Australia today at the SCG, The match started on 7th January as the series was drawn at 1-1. The Vodafone Test Series i.e. the Border-Gavaskar Trophy began on 19 December with India losing the first test match in the most humiliating manner. They registered their lowest ever test innings total i.e. 36 in the second innings. Consequently, Australia won the match but India did not give up and made a historic comeback to win the second test match. The match at the MCG began on 26th December and India defeated Australia to level the series at 1-1. Anyhow, it was time for the 3rd test match at the SCG.

The match began as Australia won the toss and they opted to bat first. They didn’t get a really great start as Warner (5 in 8) got out in the 4th over itself. However, Marnus Labuschagne came in at 3 and blended in quite well with Will Pucovski. They both were playing brilliantly and built a 100-run partnership before Pucovski (62 in 110) got out. But, then came Steven Smith and played through the rest of the day with Labuschagne. They guided Australia to a total of 166-2 before Day 1 ended.

Steven Smith and Marnus Labuschagne came to the crease at the start of Day 2. They settled in quickly and were soon smashing the Indian bowlers. However, after completing their 100-run partnership Ravindra Jadeja struck to dismiss Labuschagne. Soon, the entire Australia batting lineup started collapsing one after the other. But, Steven Smith didn’t succumb to the Indian bowlers easily as he smashed a century. However, Jadeja got him run out after he had scored 131 runs in 226 balls. Consequently, Australia had managed to post a total of 338 in 105.4 overs.

Rohit Sharma and Shubman Gill came to open the innings for India. They started off brilliantly as they managed to get an opening partnership of 70 runs in 27 overs without losing a wicket. Finally, Rohit Sharma (26 in 77) got out and 6 overs after him Shubman Gill (50 in 101) got dismissed. However, then came Cheteshwar Pujara and Ajinkya Rahane and batted for the rest of the day. India had managed to score 96 runs by the end of Day 2 and were now trailing by 242 runs.

Day 3 began as Ajinkya Rahane and Cheteshwar Pujara came to the crease. They started slow but good until Rahane (22 in 70) got out in the 55th over. So, Hanuma Vihari came in at 5 but he didn’t last much as he got out after scoring 4 runs in 38 balls. Soon after him, even Pujara got out after completing his half-century. Then came Rishab Pant who scored 36 runs in 67 balls. Pant had also hurt himself while batting so his appearance for the second innings was in doubt from now on.

Then, the entire lineup just collapsed except Ravindra Jadeja who chipped in 28 runs in 37 balls but remained not out. However, he also got hurt after a delivery from Mitchell Starc. Anyhow, Australia had managed to get India all out at a total of just 244 in 100.4 overs. Consequently, they were still leading by 94 runs.

Will Pucvoski and David Warner came once again to the crease to open the innings for Australia. They didn’t really get quite the start they might’ve accepted as once again they lost an early wicket. This time it was Pucovski who got dismissed by Siraj. However, it didn’t take the Indian bowlers much longer to get their second wicket. Ashwin dismissed Warner to get India their second breakthrough. Consequently, now Smith and Labuschagne were on the crease. It was a nightmare for India all over again as both the batsmen were settling in well and defending their wicket. By the end of Day 3, they had managed to get 103 runs on the scoreboard for their side. As a result, they were now leading by 197 runs.

Since only 2 days are left for the match, the Australian batsmen will look to thrash the Indian bowlers on Day 4 and set up a big target. Then they’ll declare their innings so they can at least have a day or more to get the Indian team all-out. So, it will surely be interesting to see how the Indian bowlers start off tomorrow. Anyhow, stay tuned for more updates as we’ll be returning tomorrow for Day 4 of the 3rd test at the SCG.