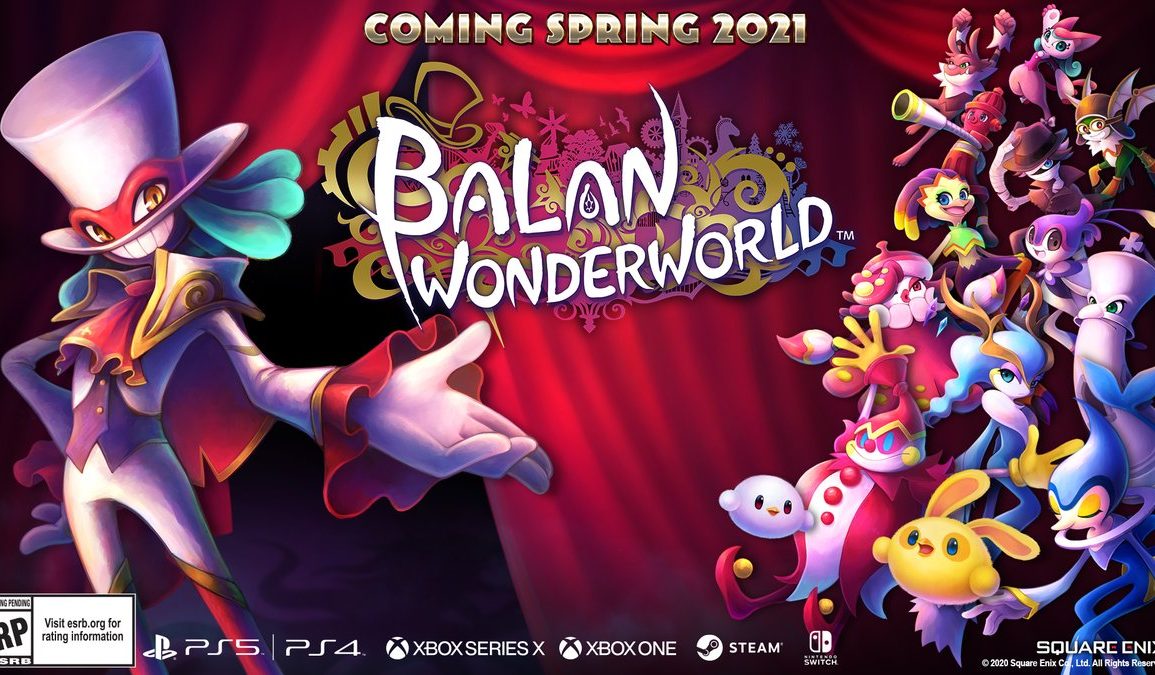 Today, we will be talking about the all-new game ‘Balan Wonderworld’ release date and details of this glorious game. It is an all-new 3D action platformer game. There will be two modes, which are the single-player mode and multi-player mode. Unreal Engine 4 is used in this game.

In this game, there will be different twelve stories. All stories have different and unique quirks. There will be a mysterious musical theatre where the star will show their special abilities by wearing various costumes. There will be over 80 costumes for the player. Costume Abilities may include walking in the air, freeze time, manipulate all kinds of objects, and many more. Wonderworld is the place where people’s happiness and positivity will be mixed up with people’s tension and negativity. So, they can free up their mind and bring more and more happiness.

There will be five characters which are Leo Craig, Emma Cole, Balan, Lance, and Tim. Leo Craig is a 15 years old cool boy. Now, he is living alone as many years ago he had a fight with his best friend and hence, he decided to be alone. Emma Cole is a 15 years old girl who has a smile on her face every time. However, she is stressed because she thinks that people are nice to her face and the devil at her back. Balan is a guide of Leo and Emma who guides them to wonderworld. Lance will trap visitors to the wonderworld to create monsters out of negativity. Tim is the Mysterious creature who lives on the Isle of Tims. It will help you on the adventure by using its unique quirks.

When is ‘Balan Wonderworld’ going to release?

Square Enix, the publishers of the game have decided to release Balan Wonderworld on 26th Marth 2021. The developers of this game are Balan Company and Arzest. Yuji Naka is the director of this incredible game. This game will release on various platforms, which are Mircosoft Windows, Nintendo Switch, PlayStation 4, PlayStation 5, Xbox One, and Xbox Series X/S. The announcement of this game was on 23rd July 2020. Naoto Ohshima has given the art direction in this game. This will be the first game of Yuji Naka and Square Enix together. Yuji Naka has joined the company in 2018. The publishers have released an announcement trailer of this game. The price of this game will be $59.99.

Sit back and enjoy the fantastic Opening Movie as we set the stage for Leo and Emma’s adventure in Wonderworld 🍿#BalanWonderworld arrives March 26, 2021 on #NintendoSwitch, #PS4, #PS5, Xbox One, #Xbox Series X|S and #Steam! pic.twitter.com/5X6wDImFxQ

If you visit its official website, you can see there a Balanwonderworld showtime set. The price of this set is $124.99 and in this set, there will be a Balan pin, Balan Wonderworld original soundtrack of three discs, a Balan theatre program, a Tote bag, Balan theatre collectors show ticket, and an exclusive bonus mp3 track. You can also pre-order this game for the Xbox console by visiting Xbox’s official website. Stay tuned for the next update.