Barcelona Crush Granada To Climb Back To Top 3 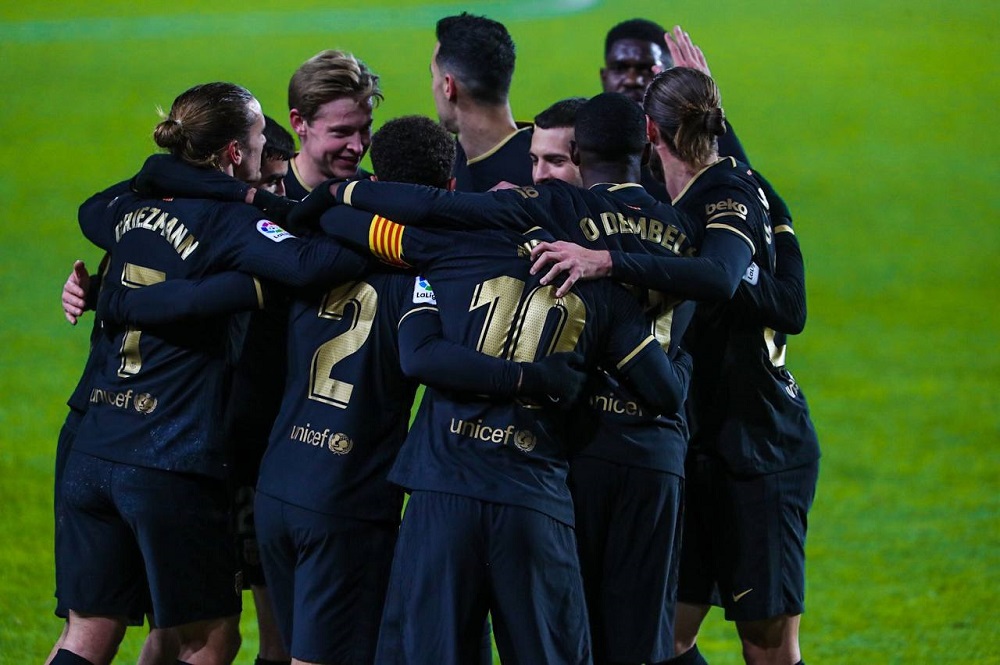 Barcelona crushed Granada to climb back to the Top 3 on the points table.

Yesterday night, Barcelona played their 18th fixture of the season. It was a game against Granada away from the Catalans’ home i.e. Camp Nou. So, it was going to be an interesting game as Barcelona had won their last two games away from home whereas Granada’s home record was also good. Barcelona was in the 4 position in the points table and had a chance to climb back to the Top 3 with a win in this game. They had won 9 games, drawn 4, and lost 4. On the other hand, Granada had won 7 matches, drawn 3, and lost 6. So, they had a chance to close down the gap between them and the Top 4. As a result, it was going to be a really thrilling game at the Los Carmenes.

The match began as Barcelona kicked off and the Catalans were playing their standard possession game. They were creating chances from the beginning and consequently, they got their first goal of the game in the 12th minute. It came from Griezmann after a deflection off Soldado. Busquets was passing the ball to Messi but it hit Soldado on the way and went straight to Griezmann who was offside. The Frenchman controlled the ball and smashed it into the bottom right corner of the goal. However, since the ball had hit the Granada striker, the offside was ruled out. So, the Blaugranas had managed to get themselves an early lead.

Anyhow, the match continued and Barcelona was completely dominating the game. Soon enough, in the 35th minute, Messi scored the second goal for them. After a pass from Griezmann, Messi curled the ball into the top left corner of the goal giving Silva no chance to make a save. However, that was not it as just 7 minutes later, Messi broke his freekick drought to convert a set piece from outside the box. The 33-year old Argentine curled the ball low into the bottom left of the goal. As a result, Barcelona had managed to triple their lead just before half time. So, they seemed to be in a good position at the end of the first half with a score of 3-0.

The second half began and now Granada had lost all hope. Barcelona was completely dominating the possession of the ball and were creating chances one after the other. Consequently, in the 63rd minute, Griezmann scored the fourth goal for Barcelona. After a brilliant assist from Dembele, Griezmann controlled the ball and smashed it into the bottom left corner of the goal. As a result, Barcelona had scored four goals and sealed their third victory this week away from home. Anyhow, that was the last goal of the game as the Catalans won the game against Granada by a scoreline of 4-0.

With this victory, Barcelona climbed back to the 3rd position in the points table. They now have 34 points as they have won 10 matches, drawn 4, and lost 4. On the contrary, Granada maintained their position in the points table at the 7th spot. The Catalans will be really happy as it was a hectic week for them. Now, they will be preparing for their domestic cup games before their league games begin once again. Granada will be up against Osasuna whereas Barcelona will be locking heads with Elche.