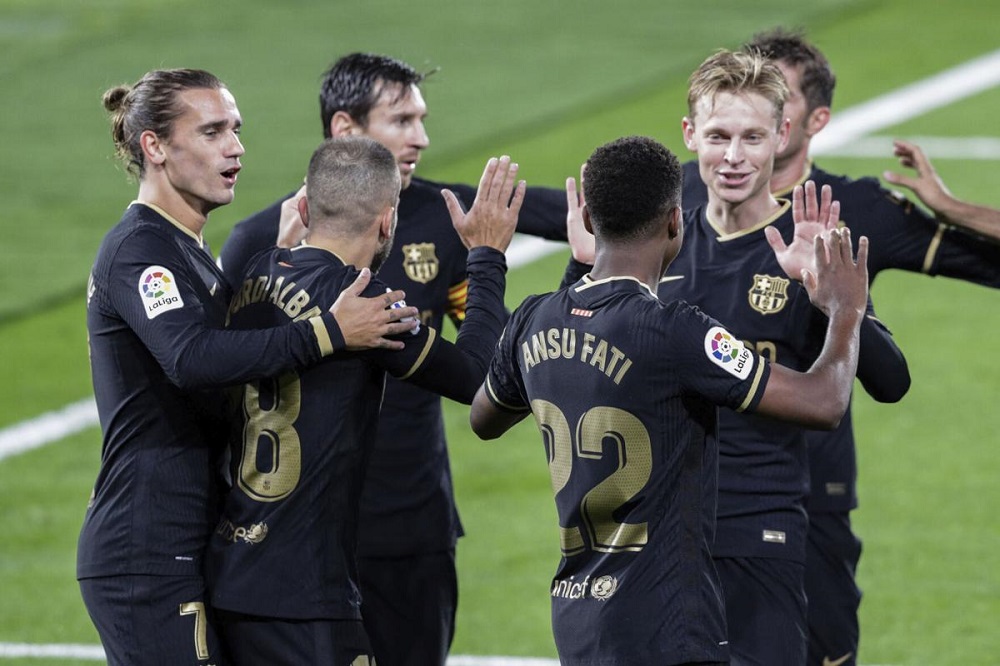 It was matchday 2 for Barcelona as they prepared themselves for an away match against Celta Vigo. They started their campaign brilliantly at Camp Nou as they emerged victorious against Villarreal with a score of 4-0. However, now they were going to lock horns with Celta Vigo. In the past 5 years, the Blaugranas have not won a single away match against Celta Vigo. So, it was going to be an interesting fixture as the two clubs were going up against each other. Both the teams were starting with their standard starting 11. However, Barca coach Ronald Koeman had made one change as he switched Griezmann and Messi’s positions. Messi was kept as the striker with Griezmann playing at the right-wing.

Barcelona kicked off as the referee blew the whistle. The Catalans were applying full pressure as they were looking for an early goal to put themselves ahead of the home team. Finally, in the 11th minute, Ansu Fati found the back of the net to score his third goal for this season. It was a ball well kept to Messi that the Celta defender cleared, however, it felt right into Coutinho’s foot. Coutinho then passed the ball to Fati who made no mistake in scoring. In the 23rd minute, Clement Lenglet received a yellow card after holding back Novas outside the box. Later on, in the 35th minute, the referee showed a red card to Pique for pulling back Denis Suarez. However, the card was later retracted as Suarez was offside during that play.

Then, just a few seconds later, Fati passed a brilliant ball to Messi but unfortunately, the keeper reached the ball before Messi could. Finally, just 4 minutes before the halftime, Lenglet was shown his second yellow for the match and was given the red card by the referee. As a result, he had to walk out and Barcelona was now down to only 10 men. Messi and Pique were arguing with the referee about it due to which even Pique got a yellow card. Soon after that in the 46th minute, Koeman decided to substitute Araujo in to fill for Lenglet’s position. Due to that, Griezmann had to be subbed out. So, it was going to be a thrilling second half as Celta was looking forward to use the extra man to their advantage.

The second half began but Barcelona did not seem to be affected by being reduced to 10 men. In fact, in the 50th minute, Messi dribbled past 3 players in the box and took a shot which was deflected by Lucas Olaza and went straight into the goal. Even though it was an own goal, the Barcelona talisman was appreciated for his excellent dribbling and attempt. Then, in the 58th minute, Coutinho took a great attempt at goal but was deflected from the post. After the deflection, Messi shot the ball into the goal. However, the 33-year old was denied as he was offside. After that, Celta and Barcelona were both creating chances but was no one was being able to convert. Finally, in the 95th minute, Sergi Roberto scored an exceptional volley to seal the win for the Catalans.

Points to be noted from Barcelona’s away win:

Ronald Koeman’s Barcelona put up an excellent display in their 10-man victory against Celta Vigo. They sent out a strong message to the other teams that they will not stop attacking even after they are in lead. Messi, Fati, Coutinho, and Griezmann were linking up in an amazing manner. While leading the attack, Messi was also seen guiding Fati. This shows that the Argentinian striker is preparing the Spanish international for the future. Defensively, Roberto, Pique, and Alba did brilliantly with Araujo supporting them in the second half. It seemed like after Dest’s signing, Roberto was all fired up to fight for his position in the starting 11. Seeing the first two matches, the Catalans surely seem to be well prepared for this season.