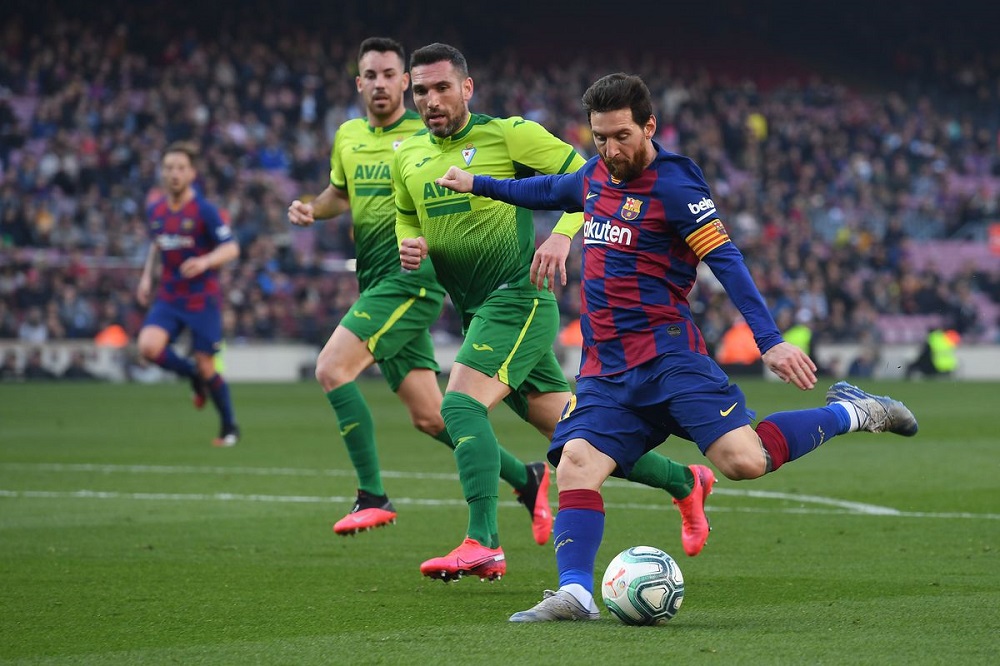 Barcelona will be playing Eibar tomorrow and here's how they might line up.

Barcelona will be facing Eibar in their 15th fixture of this season. The Catalans haven’t really had their best season until now as they have lost 4 out of their 14 matches. However, they have managed to win 7 and draw 3 of their fixtures. As a result, they now have 24 points and are in the 5th position. On the other hand, Eibar is in the 17th position as they have won only matches and drawn 6. Apart from that, they have lost 6 matches in their current season and hence have 15 points. But, Barcelona has been in a good form recently as they have won 3 of their last 4 fixtures and drawn 1. Consequently, they’ll be looking forward to get the 3 points from this match to end the year on a positive note.

The match between Barcelona and Eibar will surely be interesting as both the teams will be looking for a win. Eibar will want to win this game and move above the relegation zone whereas Barcelona will want to win the 3 points and move to the Top 4 on the points table. The last time when the two teams played each other was in February. At that time, Barcelona had crushed Eibar in a 5-0 win. Lionel Messi had scored 4 goals in that match and the fifth goal came from the current Juventus player Arthur Melo.

🎙 @RonaldKoeman: "Leo #Messi had some discomfort in his ankle, but he will be back after the match against Eibar"

However, this time Messi will not be a part of the squad. The 33-year old Argentine had some sort of discomfort in his knee. Consequently, he is getting the treatment done for it. Everyone is surely interested to see how Ronald Koeman will lineup- his players for the game against Eibar. So, here is a look at how Barcelona might line up for their game against Eibar.

You will definitely be shocked to not see Messi in the predicted lineup. However, as mentioned above the striker is currently going under treatment and will be unavailable until the Blaugranas’ next match against Huesca. But, the interesting thing is that Dembele will be returning to the squad after recovering from his injury. The French forward has trained with the team for the past 2 weeks but Koeman decided not to give him stress. As a result, Dembele didn’t play against Valladolid and Valencia. Alba’s removal from the playing 11 is completely natural as the player received his second consecutive yellow in the match against Valladolid. Therefore, he is suspended from playing this match. Consequently, Junior Firpo will be getting a chance in the veteran’s place.