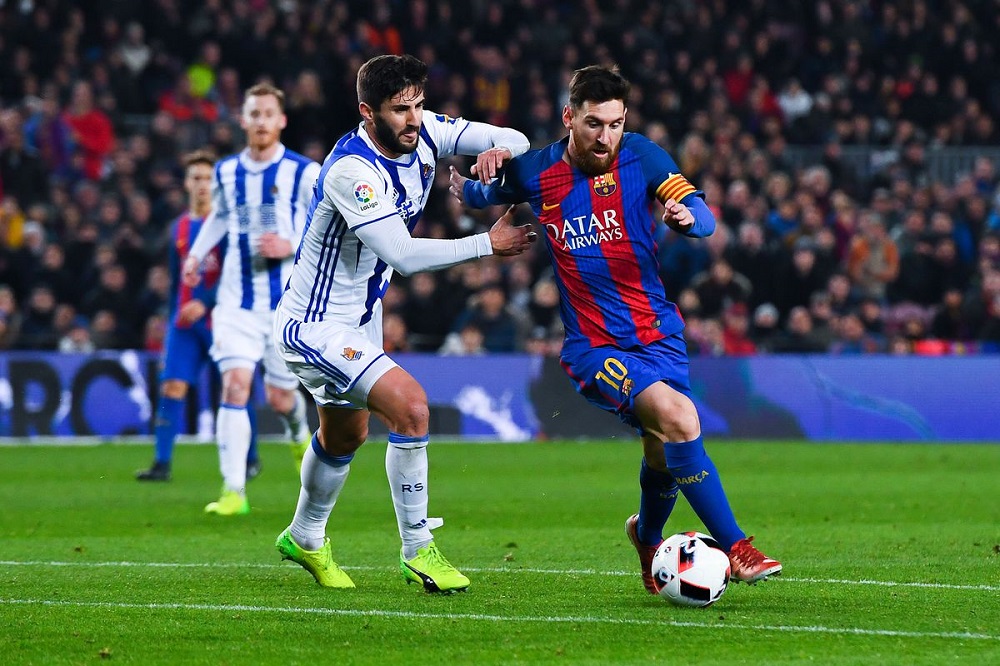 Barcelona will be locking heads with Real Sociedad tonight and here's how they might line up.

La Liga is back with another interesting fixture as Barcelona will be facing Real Sociedad tonight. The Catalans will be facing the table-toppers for the first time this season at Camp Nou i.e. their home ground. Real Sociedad have been ruling in the Spanish top flight this season as they are sitting at the top with 26 points. They have won 7 matches, drawn 5 and lost only 1. On the other hand, Barcelona might be facing their worst season of the decade as they have only managed to get 17 points from their 11 games. They have won 5, drawn  2 and lost 4 games until now. It is surely going to be difficult for the Blaugranas to go up against the current leaders. However, it is a must-win game for them if they want to compete for the league title.

It’s not a doubt anymore that Barcelona are currently having their worst season of this decade. They enjoyed some good wins in the UEFA Champions League but ended their unbeaten streak in the group stage against Juventus after a humiliating 3-0 defeat. Talking about the league, they have only managed to win 5 out of their 11 games this season as of now. They have drawn 2 and lost 4 games owing to silly errors and poor performance. As a result, this game will be really difficult for them. Real Sociedad have performed really well this season and deserve to be at the top of the points table. Consequently, they’ll give a tough competition to the Catalans for the 3 points from this match.

If Barcelona wins this match, they’ll be able to move a step closer to the Top 4. On the contrary, if Real Sociedad wins, they can go 3 points ahead of their top-rivals Atletico Madrid. Therefore, both the teams will be giving their best to bag the 3 points from a win in this match. A draw would be unacceptable to each of them. Also, the managers of both teams will be looking forward to putting their best players on the pitch. So let us have a look at how Barcelona might lineup for this fixture.

Ronald Koeman might go with the players he started against Levante. The team put up a good performance despite their problem of not being able to convert many chances. They won with a late winner from Messi in the 76th minute. However, they might not be able to last longer like this. They need to step up their game and start converting the chances they get. As a result, their manager Koeman might go with Braithwaite as the striker and Griezmann behind him. The defense and midfield will remain the same as they played brilliantly against Levante. So, brace yourselves as the Catalans will be taking on the La Liga toppers tonight at Camp Nou.