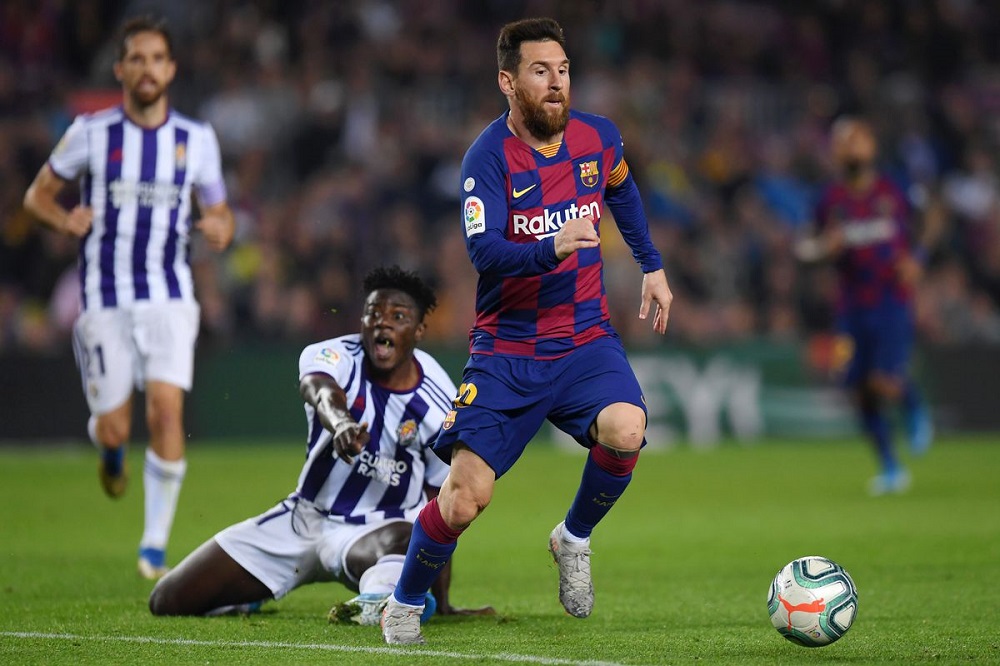 Barcelona will be up against Valladolid tonight and here's how they might lineup.

Barcelona has not been in the best of their form this season in La Liga. Their position in the points table says it all. The Catalans used to be at the top of the points table every time. However, this season, they’ve been struggling to find their form and rise up the ranks in the points table. They managed to make it to the top 5 after back to back wins against Levante and Real Sociedad. However, they failed to climb up to the Top 4 after they drew against Valencia. Anyhow, they will now be looking forward to win the 3 points from their match against Real Valladolid. They will be facing the Valladolid-based side away from home in their 14th fixture. So, let us take a look at how the Catalans might lineup against Real Valladolid.

Barcelona is currently in the 5th position in the points table whereas Real Valladolid is in the 18th position. The latter is struggling with getting out of the relegation zone. On the other hand, the Blaugranas are trying to move up to the Top 4. Barcelona has 21 points as they’ve won 6 matches, drawn 3 and lost 4. Valladolid on the contrary have 14 points as they’ve won 3 matches, drawn 5 and lost 6. You might say that the chances for Catalans to win seem pretty high. However, based on their form this season, the result of this match is quite unpredictable. They’ll surely be looking to bag the 3 points from a victory.

It doesn’t come as a shock that the Barcelona manager Ronald Koeman has selected the following players for their trip to Valladolid. Ansu Fati, Pique, and Roberto are out due to their long-term injuries. On the other hand, Dembele was supposed to be training with the first team. However, it seems like the Dutch manager has decided to rest him for this clash. So, we might see Dembele making a return in Barcelona’s game against Eibar.

Playing 11 for the Catalans:

Ronald Koeman seems to be quite impressed with the performance of Araujo and Migueza in the defense. So, it seems like he will give the young pair another chance to start the match against Real Valladolid. Talking about the midfield, Koeman might start Sergio Busquets and Frenkie De Jong after the issues that the Blaugranas had to face in the midfield in their previous clash with Valencia. Then, in the attack, Koeman will stick to his regulars and start with the usuals. It will definitely be interesting to see how Barcelona perform against Real Valladolid. Real Madrid and Athletico Madrid, Barcelona’s top rivals of La Liga are already 8 points clear of them in the points table. So, Barcelona will surely try to win this match and bag the 3 points from this fixture.