Barcelona Salvage 3 Points Against Levante With Late Winner From Messi 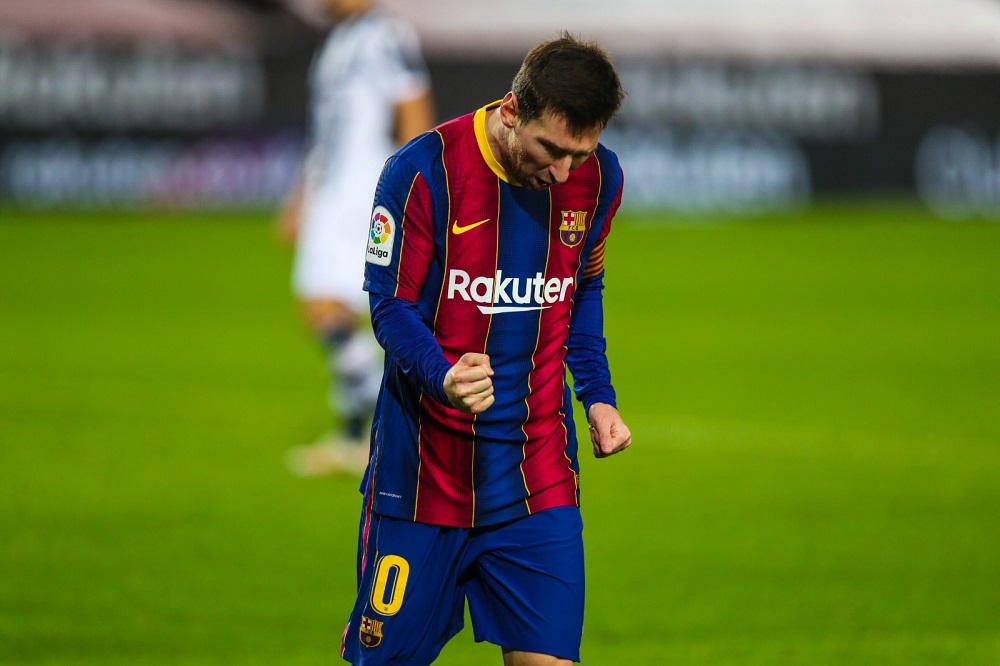 Barcelona finally managed to win 3 points from their home game against Levante with a late winning goal from Lionel Messi.

Yesterday, Barcelona faced Levante in their 11th game of the season. It was going to be a really interesting game as the Catalans had only won 4 out of their 10 games this season. They had lost 4 games and drawn 2 until now. So, it was going to be a really important game as it was a must-win match for them. Talking about Levante, the game was of utmost importance for them too. They were in the relegation zone and a win in this game would send them to the Top 15. Therefore, both the teams were going to give their best and try to move up the ranks in the points table. So, let us see what happened during this match.

The match began as Levante kicked off and they were looking forward to keep the possession of the ball. However, the Catalans were desperate for a win, and hence, they were playing a high-pressing game. They kept creating chances one after the other but were unable to convert any of them. Soon even Levante started creating chances. In the 12th minute, the visitors got their first and the best chance of the entire game. De Frutos got a ball with only Ter Stegen in front of him. Unfortunately, he couldn’t score as he shot the ball right at the Barcelona goalkeeper. So, the match continued and at the end of the first half, the score was tied at 0-0.

The second half began and now Barcelona was looking completely hungry for goals. If they did not manage to get a goal past the tourists, they would be dropping another 2 points from yet another game that they could’ve easily won. So, they started going all-out attack on Levante and were now creating even more chances. However, they were still unable to convert any of them. Finally, in the 76th minute, Messi saved the day for the Catalans as he scored the only goal of the game. Braithwaite put pressure on the Levante player to win the ball from them and after that De Jong set up Messi with a neat pass. The 33-year-old Argentine then just dashed down and smashed the ball into the back of the net. It took a deflection from the right-post and went straight in to help Barcelona win the game.

After a night full of amazing saves from both the goalkeepers and attempts from both sides, the Blaugranas had seized a victory at home. The 3 points from this victory helped Barcelona climb up directly to the 8th position in the points table. On the other hand, Levante were still in the 18th position. Even though Barcelona won the game, the thought of not being able to convert their chances must be surely haunting them. But, they’ll definitely try to get back into the league and give competition to their top rivals. Anyhow, in their next fixture, both, Barcelona and Levante will be facing the table-toppers i.e. Real Sociedad.