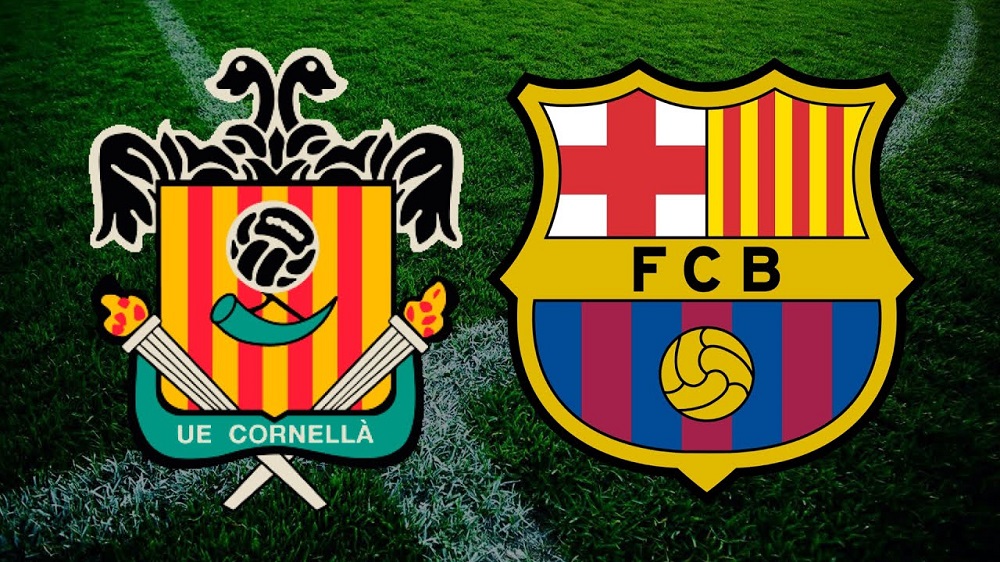 Barcelona will be facing Cornella tonight in the Copa Del Rey Round of 32 and here's all you need to know about it.

Tonight Barcelona will be facing Cornella in the Round of 32 of the Copa del Rey at the Camp Municipal de Cornella. It will be a really interesting game as the winner will be proceeding to the next round of the La Copa. Apart from that, Cornella is from Segunda Division B whereas Barcelona is from the Spanish top-flight i.e. La Liga. So, it will be exciting to see how the two teams fare at this stage of the second-highest-ranking competition in Spain.

Barcelona is currently in the 3rd position in the La Liga points table as they’ve won 10 matches, drawn 4, and lost 4. On the contrary, their rivals Cornella is in the 8 position of Group 3 Group A as they’ve only managed to win 3 games and draw 4. Consequently, they have lost their remaining 4 games out of the 11 they’ve played as of now. However, Cornella is a rising team and they did defeat the current La Liga table-toppers i.e. Atletico Madrid in the 2nd round of Copa del Rey. So, it won’t be easy for Barcelona to keep up with them.

Keeping this aside, Barcelona will also be coming in with a loss as they got crushed by Athletic Club as the latter made a historic comeback in the Supercopa de Espana final recently. The Bilbao based side defeated the Catalans in a glorious 3-2 victory to win the Spanish Supercup. Moreover, Lionel Messi received a red card during this game as a result of which he will be missing the upcoming two games and that includes the game against Cornella. The home side will surely be happy about this. However, the Blaugranas still have a squad that can compete with them.

Barcelona Squad for their Round of 32 game against Cornella:

Apart from Messi and Dest, all the players will be traveling to Cornella for the Copa del Rey game. However, the youngsters will surely get a start and a chance to prove themselves. Barcelona B had previously defeated Cornella in the Segunda Divison B. So, Ronald Koeman might give those particular players a chance to prove themselves once again. As it is after their defeat against Athletic Club, Barcelona will be looking forward to a win. Also, Cornella has already knocked out Atletico Madrid shockingly, and now, even Real Madrid was knocked out last night by Alcoyano. Therefore the former Dutch manager will not take this match lightly and give his best to get through to the Round of 16. Anyhow, let us have a look at how Barcelona might lineup for this match.

This is how we suppose Ronald Koeman might lineup for Barcelona’s game against Cornella. It surely isn’t his best lineup but the former Barcelona player might want to give rest to his senior players. As a result, this is the most suited lineup for the game. So, brace yourselves as tonight the Catalans will be locking heads with Cornella in the Round of 32 of the Copa del Rey.

🎙 @RonaldKoeman speaks to the press ahead of the Copa del Rey last 32 match versus Cornellà pic.twitter.com/wtp7YYU6tR

The game will not be broadcasted or streamed on many TV channels or platforms. However, here is a list of the ones where you can watch the game.