Barcelona vs Elche: Predicted Lineup, Where To Watch?- EXCLUSIVE DETAILS 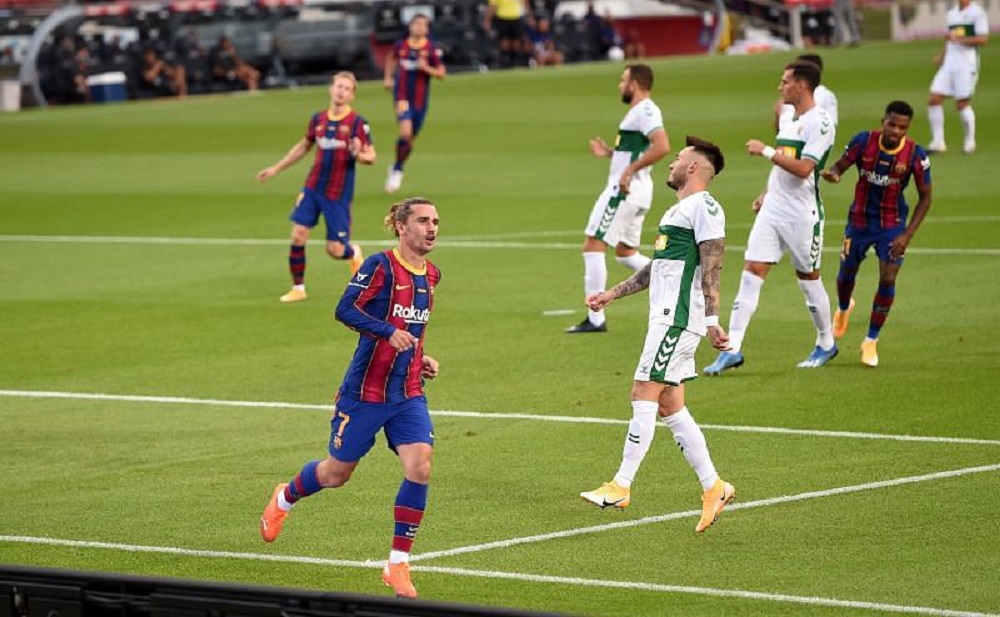 Barcelona will be facing Elche tomorrow and here's all you need to know about it.

Tomorrow, Barcelona will be facing Elche in their 19th fixture of La Liga this season. They are currently in the 4th position in the points table after Sevilla crushed Cadiz today in a 3-0 victory. The Catalans have won 10 matches until now whereas they have drawn 4. Apart from that, they have lost their remaining 4 fixtures. So, they’ll be looking forward to climb back to the Top 3 with a win over Elche. On the other hand, Elche is currently in the relegation zone in the 18th position. They have only won 3 out of their 17 fixtures till now while they managed to draw 8. Consequently, they have lost their remaining 6 games. Consequently, it’ll be a chance for them to move above the relegation zone and with a game still in hand. As a result, it’ll be a very exciting game.

The Catalan giants will be playing their 19th match of the season tomorrow and they’ll surely be looking for the 3 points. Since Sevilla have climbed up to their 3rd spot now, Barcelona will give their best to regain that spot. Apart from this, Elche will also try to move up the points table and get out of the relegation zone. The Catalans are currently on a good winning streak as they’ve won all of their league fixtures in the year 2021. On the other hand, Elche have not won a single game since their last 12 fixtures.

Talking about their clashes, Barcelona have faced Elche 7 times to date. The Catalans have won 6 out of these 7 fixtures whereas they have drawn 1. This means that Barcelona are undefeated against Elche until now. So, the Blaugranas will be looking forward to keep this streak alive in their fixture tomorrow. The last time when Barcelona faced Elche was in the Joan Gamper Trophy i.e. a pre-season friendly. The Catalans emerged victorious in that clash after an early goal from Antoine Griezmann. However, Barcelona will try their best to put more goals past Elche so they can extend their goal difference also.

This might be the lineup that Ronald Koeman will start in tomorrow’s game against Elche. He had given many of the main players like De Jong, Alba, and Ter Stegen rest in their previous Copa del Rey game against Cornella. So, these players will be fresh and looking forward to start for the matchday tomorrow. Talking about Messi, the 33-year-old Argentine received a suspension of two games after his red card in Barcelona’s defeat in the Spanish Supercup final against Athletic Club. So, Braithwaite will get a chance once again to feature in the starting 11 whereas Dest might be rested once again even though he has received a green light to travel with the squad. The former Dutch manager might give the American right-back rest and put him on as a substitute late in the game.

The game will be aired on various TV channels and online streaming platforms. Here are some of them where you can stream the game easily: