Barcelona vs Ferencvaros: UEFA Champions League Preview, Starting 11 And All You Need To Know 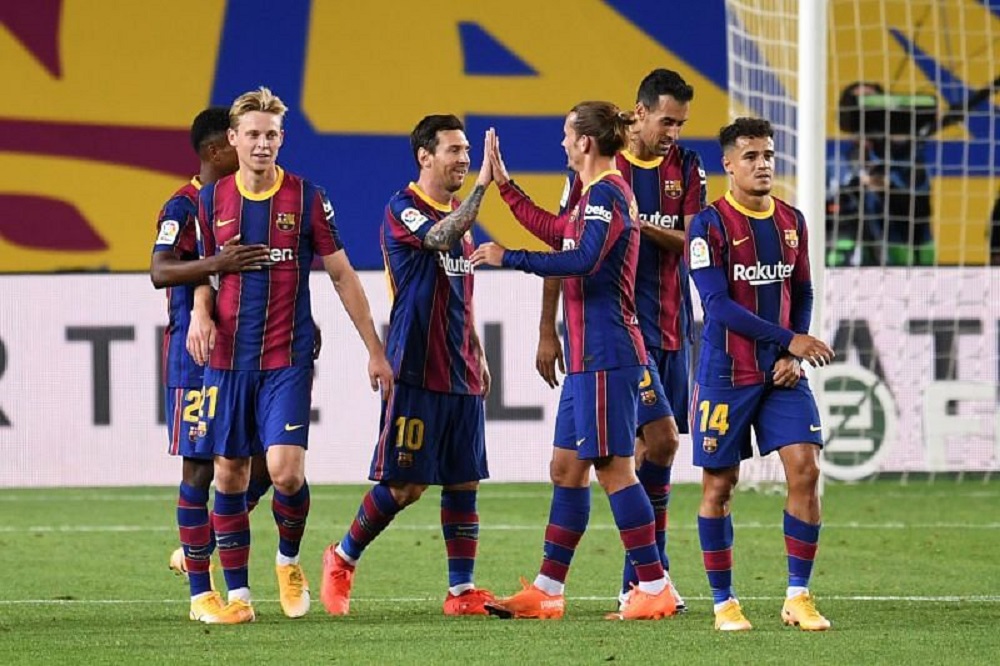 A still of the Barcelona players celebrating their win against Ferencvaros in matchday 1.

We have come to the final stages of the UEFA Champions League group stage as it is already matchday 5. We got to see some really interesting fixtures this season as many underdogs dominated and the top teams of Europe were seen struggling. Anyhow, it is time for matchday 5 and we are going to be talking about Group G. Barcelona will be playing the 5th match of their UCL campaign and the group stage. They will be going up against Ferencvaros whom they defeated with a score of 5-1 in the previous match. However, this time it could be different. The Catalans were playing away from their home ground i.e. the Camp Nou and Ferencvaros were looking forward to secure a position at least in the UEFA Europa League.

Squad for Barcelona vs Ferencvaros:

Barcelona announced the squad for their trip to Ferencvaros two days ago. Here is a list of the players that were a part of that squad:

Ronald Koeman, the Barcelona manager decided to give Ter Stegen, Messi, and Coutinho rest for their upcoming fixtures. In the post-match interview after their win against Osasuna early this week, the Dutchman said that the league games were now important. This was the last game where he could have given his important players some rest. After this, Messi, Coutinho, and Ter Stegen will have to play full minutes in all the matches. Hence, he said that he had decided to do the above. He also said that he wanted to try more and more youngsters since he was looking forward to rebuild the Barcelona team. He knew it was a time to give the youth a chance and that is exactly what he was going to do for this game.

Starting 11 for the Catalans:

The starting 11 for Barcelona does look bright as Lenglet is starting today despite some trouble in the final minutes of the match against Osasuna early this week. He was seen struggling with injury in the final minutes but seems like all is well. On, the other hand, Braithwaite has seemed to impress Ronald Koeman now as he has been awarded his third consecutive start this season. So, it will definitely be interesting to see whether the Catalans will maintain their winning streak or they’ll fall to the home side in an exciting fixture. So, who do you think will win? FC Barcelona or Ferencvarosi TC? You can just click here to watch the match live.