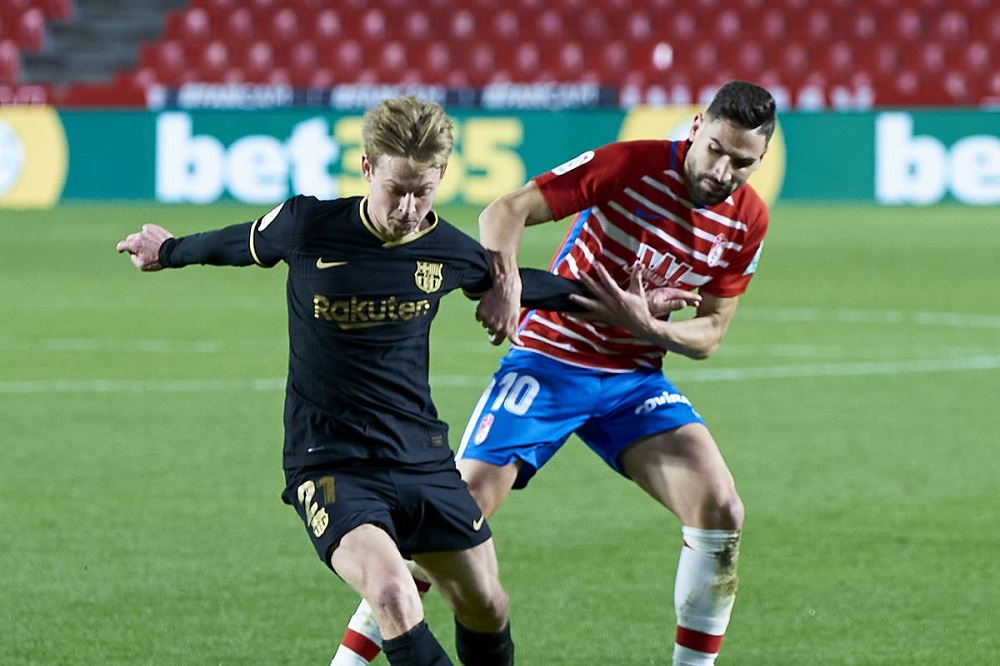 Barcelona will be facing Granada tomorrow night for their Copa del Rey quarter-finals and here's all you need to know about it.

Tonight, Barcelona will be locking heads with Granada in the Copa del Rey quarter-final. It will be interesting to see how this fixture pans out as the winner will move through to the semi-final. Granada will be hosting the Catalans at the Los Carmenes for this exciting match. The duo have already faced each other once in the 2nd week of January. Once again they will be going up against each other in this knockout match to proceed to the next round. So, every Barcelona and Granada fan will definitely be excited for this game.

Barcelona will definitely try to give their best performance and thereby proceed a step closer to their first possible trophy of this season. After losing to Athletic Club in the Spanish Supercup final, they’ll surely be looking forward to this fixture. Barcelona have defeated Cornella and Rayo Vallecano in the previous rounds to reach this level. On the other hand, Granada won 4 fixtures i.e. against AD San Juan, Cultural Leonesa, Malaga, and Navalcarnero to fix their spot in the quarter-final. However, now the quarter-final is going to be really interesting as the Spanish top-flight’s 2 teams will be clashing for this.

Talking about their clashes until now, Barcelona and Granada have faced each other 15 times to date. Out of those, the Catalans have emerged victorious 13 times whereas Granada have won only 2 times. Their previous clash happened only three weeks ago on 9th January when Barcelona thrashed Granada by a score of 4-0. Griezmann and Messi got two goals each in this game. Consequently, the hosts will be hoping that they can restrict the Barcelona attack and not let them score any goals. Apart from this, let us have a look at the players that will be taking a trip to Granada for this game.

It is surely an interesting squad as many players have been left out who were a part of the squad for the previous Copa del Rey matches. Firpo, Moriba, Konrad, Mattheus, and Collado are not a part of the team that will be traveling to Granada. Anyhow, let us see how the Catalans manager Ronald Koeman might lineup for this fixture.

This is our predicted starting 11 for the game against Granada tomorrow. Koeman might give Ter Stegen some rest as Barcelona also have their big Champions League game coming next week. Since there’s no Firpo in the squad, Alba might be the one starting tomorrow as Barcelona will not take this game easily. Trincao might get a chance to prove himself tomorrow and Braithwaite will also have his share of time tomorrow. Anyhow, we know for sure that the game is going to be really exciting as the two teams will battle it out for a spot in the semi-final.

The game will be streamed or broadcasted only on a few streaming platforms or TV channels. However, here is a list of those few sites/channels where you can watch the game.