Bartomeu Out From Barcelona, But Who’ll Be The Next President? 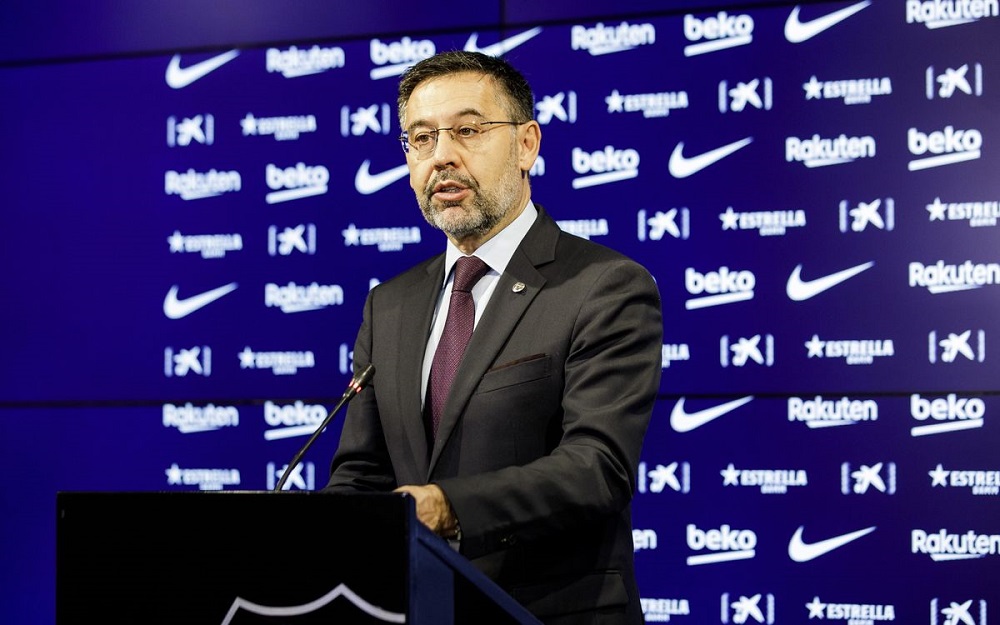 Josep Maria Bartomeu has handed over his resignation to the club along with the entire board.

FC Barcelona, the club once known for its game is now known for its controversies. Every day, we hear something new about the club, its board, or its players. On 15th August, Barcelona made a humiliating exit from the UEFA Champions League after an 8-2 loss. Bayern Munich completely destroyed them in the quarter-finals at Estadio da Luz. As a result, soon the fans were enraged and upset with the team and the board. Immediately, on the next day, the board announced the sacking of Quique Setien. He was the interim coach who had replaced Ernesto Valverde amid the season. After that, the players and the board were nowhere to be seen. They went into a 1-month sabbatical before the start of the pre-season.

How did the Barcelona players react to the loss?

Soon, Gerard Pique took to his social media to announce that he would be ready to give up his position at the club. He said that he was ready to give up his place to the youth who would strive more. After that, on 20th August, the club received the most unpleasant news. Reports of Lionel Messi sending a burofax to the board came out. Soon, it was revealed that the fax contained Messi’s intent to use the special clause in his contract. The clause allowed him to leave the club for free at the end of each season. However, the board denied this right as they said that the clause was applicable only till June 10, which was the original end of term for the 2019/20 season.

Consequently, news spread like fire and the fans were enraged at Josep Maria Bartomeu, the President of the Barcelona board. Bartomeu denied Messi’s demands saying that any club that wants to sign him will have to pay a signing fee of whopping $700 million. This was next to impossible and, Messi and his legal team tried to convince the club regarding this. But, the board threatened to take the matter to court and denied the Argentinian’s demands. Finally, the 6-time Ballon d’Or winner decided to stay another season at Barcelona as he did not want to take the matter to court. In an interview with Goal, he also said that Barcelona was the club he loved and he could never take the club that had given him everything to court.

Why did Josep Maria Bartomeu resign from his position?

Ever since this incident, the players and the fans are disappointed in the board. Moreover, fans were enraged at the President, Josep Maria Bartomeu who threatened to sue the 33-year-old Argentinian. As a result, 2 months after the defeat against Bayern and the Messi leaving the club controversy, the 57-year-old President decided to step down. In fact, the entire board announced their resignation with him. Bartomeu’s tenure was officially going to end in March 2021. As a matter of fact, the club had already decided to hold the elections in early March. However, in an attempt of getting the Spanish entrepreneur out soon, the club’s members called for a vote of no confidence. The vote of no confidence was set to pass in a few weeks. However, seeing the majority of votes against him, Bartomeu and the board decided to resign.

Consequently, Carlos Tusquets has been appointed as the interim president until the elections for a new president are conducted. Tusqeuts recently announced that the board elections will be held in January now instead of the previously planned March elections. This decision came because the new president might only be able to talk Lionel Messi about his contract’s extension. They will surely not want him to leave them. Carlos is also one of the candidates but has never really shown interest in the position. So, for now, Victor Font and Joan Laporta are the two most talked-about candidates. Font plans on bringing in Xavi and recreating Barcelona whereas Laporta wants to make the Catalans great once again as he previously served as the President of the club (2003-2010). So, let us know in the comments section, who you think will take over Bartomeu’s reign?