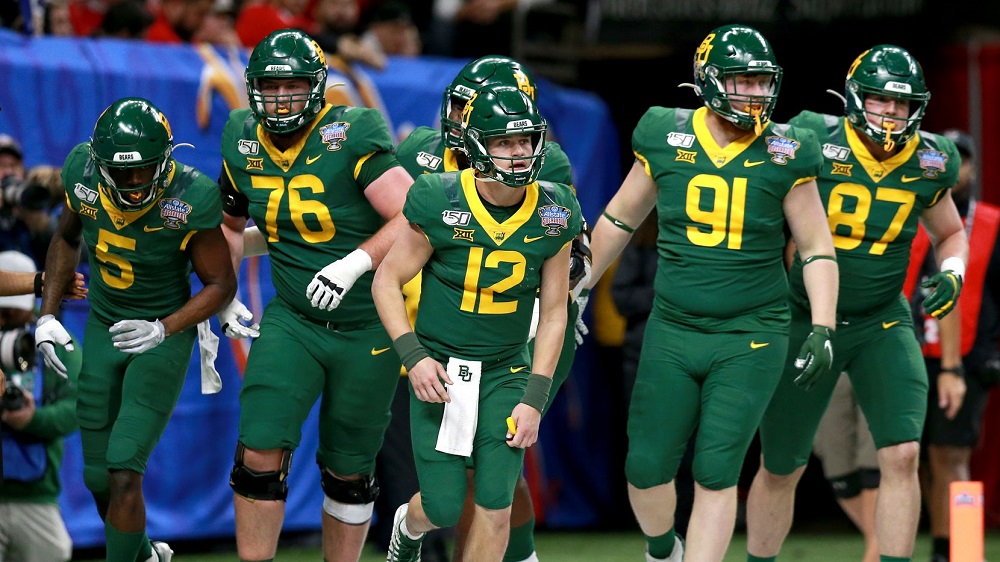 Baylor Bears football schedule and all you need to know.

If you are a university football fan, then you must have heard about Baylor Bears. Baylor Bears football team is the football team that represents Baylor University in Division 1 FBS college football. The team is a part of the Big 12 Conference along with several other college football teams. Recently, the team has not quite been in their best form. They have lost 3 matches consecutively and are performing really badly in the league. They lost 3 matches to West Virginia Mountaineers (by 27-21), TCU Horned Frogs (by 33-23), and Texas Longhorns (by 27-16). The only match that they have won until now was against the Kansas Jayhawks and that sure was a huge victory. It was their first match of the conference and they seemed pretty confident back then.

However, in mid-October, the university confirmed that around 28 players and 14 staff members had tested positive for coronavirus. Mack Rhoades, Baylor University’s athletic director had confirmed the news according to some sources. However, there was no official statement from the university. Earlier, there were rumors about some players and staff testing positive as the Bears’ first two matches were postponed. Their starting matches were against Louisiana Tech and Houston Cougars on 12th September and 19th September respectively. However, they began their season officially on 27th September with a win against Kansas Jayhawks.

19 Oklahoma vs Baylor Bears on 5th December at Oklahoma Norman.

14 Oklahoma State vs Baylor Bears on 12th December at Texas.

The Bears’ game against the Houston Cougars and Louisiana Tech is also pending. They had to be postponed earlier due to COVID-19 related issues. During the weekly press conference, Dave Aranda, the head coach of Baylor Bears expressed a few issues that they need to take care of. He said that they need to work on the offensive line as they must have five guys out on the offensive. He stated that they had that in the first match which led them to victory. However, later on, they kept losing matches as they kind of lost their focus. He also stated that they are a team that executes ordinary plays extra-ordinarily and that will help them move ahead in the conference.