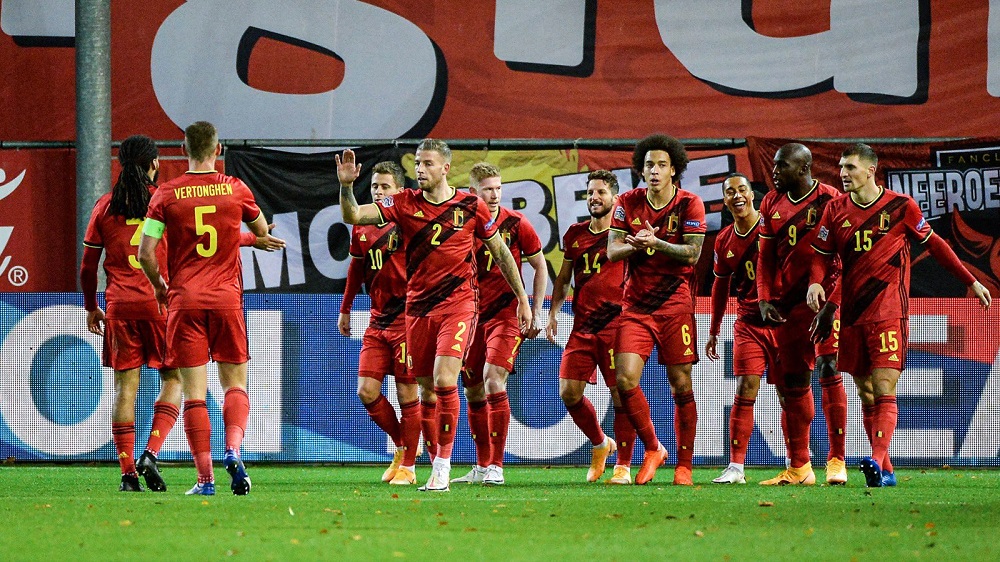 Belgium crushed England to become the table toppers of Group 2 in the UEFA Nations League.

The international break is back and so is the UEFA Nations League. With just 2 matchdays remaining, we’ll soon have the final 4. The matchday 5 began on 14th November as the teams entered the final stages of the group format. We got to see some amazing matches till now as France defeated Portugal and Spain tied against Switzerland. As a result, it was time for yet another nerve-wracking fixture as Belgium was set to take on England.

Previously when the two had met, England defeated Belgium with a 2-1 comeback. The match was being held at the King Power Stadion at Den Dreef in Belgium. So, Belgium did have the home advantage but it didn’t matter much as the fans were not allowed inside the stadium. Also, it was going to be interesting as the match would also decided who would be at the number 1 position in the points table. So, let us see what happened during the match.

The teams proceeded onto the field from the tunnel as both, Southgate (England’s coach) and Martinez (Belgium’s coach) had chosen their best 11 to start. So, the match began as England kicked off. The visitors were playing their possession game. In fact, within just 2 minutes, England got a good chance as their skipper Harry Kane shot the ball wide off the left post. However, this did not intimidate Belgium who were pressing the England players to steal the ball from them. Consequently, they were successful also in doing so as in the 10th minute, the hosts scored their first goal of the game. Lukaku held the ball until Tielemans came to his rescue. The former immediately passed to him and Tielemans smashed the ball into the right corner from outside the box. It hit the post initially but went inside later on.

As a result, within 10 minutes into the game, Belgium was leading by 1 goal. However, just 2 minutes later, Kane took a brilliant header after a corner from Trippier. But, Lukaku saved the lead for his team as he headed the ball away from the goal to give away another corner. Then, the game continued as both the teams were creating chances but nobody was able to convert them. However, in the 22nd minute, De Bruyne won his side a penalty just outside the box. It was a really close-range chance and could be an opportunity for Belgium to double their lead. So, that is exactly what Dries Mertens did as he curled the ball beautifully into the extreme left of the net. With that, the score at halftime was 2-0 in Belgium’s favor.

The second half began and Belgium were looking quite comfortable as they kicked off. The hosts were now trying to keep the possession as they did not want to lose their lead. England surely needed a miracle now if they wanted to win this game. So, they began to apply pressure and were even able to maintain good possession. However, they were not able to convert any of the chances that they created. Even Belgium was not able to score any goals in the second half. Consequently, the match ended as Belgium had defeated England with a score of 2-0.

With this victory, Belgium climbed to the top of the points table at the 1st position as they now have 12 points. They are 5 points clear of England who have just 7 points and are sitting at the 3rd position. On the other hand, Belgium is ahead of Denmark (2nd position) by just 2 points. So, in the next match, it is going to be a fierce competition as both of them will be locking heads with each other for a spot in the final 4. Belgium will be facing Denmark in their final game (matchday 6) of the group stage on 19th November, 2020 whereas England will be up against Iceland. So, who do you think will qualify amongst the final 4? Belgium or Denmark?