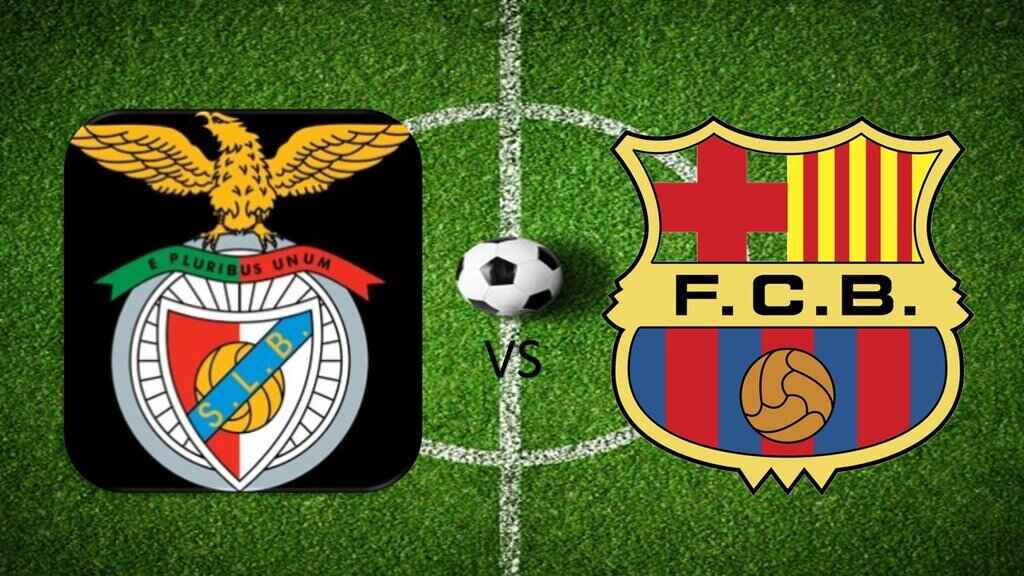 The following article is about the prediction of the match between Benfica vs Barcelona. After the league games in each of Europe’s countries, the football fans were sad. They thought they had to wait for another week before they could any football action. But that is not the case. To bring a smile of joy on the faces of the football, the biggest tournament in Europe for club teams is back. Yes, you heard it right. Champions League is back with a more exciting group stage match. The matches mainly take place on Tuesdays and Wednesdays.

Out of the several interesting matches that are going to take place, Benfica Vs Barcelona is the one that is talked about a lot. It is true that with Lionel Messi gone, Barcelona is having problems filling up his position in the team. The fans of the Catalans are expecting a lot from this match. On the other hand, Benfica is not ready to back down. Overall it can well understand that it is going to be a high voltage match in the Champions League. The details surrounding the matches have been revealed. So let us get right into the topic and look at the details of the match between Benfica vs Barcelona.

Benfica vs Barcelona: Kick-Off And Channel

Benfica vs Barcelona match will kick-off at 12:30 A.M. according to Indian Standard Time. The Spanish giants will clash on the 30th of September. The match will be broadcasted on the Sony Sports HD and Star Sports Network. It can also be streamed on the Sony Liv app and Jio TV. For international viewers, it is available on CBS and NBC Sports Network. The match will be live from Estadio do Sport Lisboa e Benfica, located in Lisbon. Another name of the stadium is Estadio da Luz. It is the home ground of Benfica. The tickets are already available on the net and at the respective clubs’ stadiums.

Benfica is the champion of Portugal. They are one of the better teams in the Champions League. They are in tremendous form in this season. Benfica has all of their league games this season. Coming to Champions League, Benfica drew their match against Dynamo Kyiv. They got a home match coming up and will look to snatch all three points from their opponent. With a squad full of players with both speed and experience, the fans are waiting for the win. Haris Seferovic, Roman Yaremchuk, Rafa Silva, Jan Vertonghen, Nicolas Otamendi are a few of the world-class players of the squad.

Coming to the visitor’s end, Barcelona will try to get their head straight. They lost their last match in the Champions League against Bayern Munich on their home ground. On top of that, it was a 3-0 defeat. In La Liga, they are performing well. They are in the third position. But in the Champions League, they are at the bottom of Group E. Barcelona’s coach, Ronald Koeman should use his experience from his playing days to turn the situation around. There are plenty of world-class players in their squad, Gerard Pique, Jordi Alba, Sergio Busquets. Marc Andre Ter-Stegen, and youngsters like Pedri, Sergino Dest, and Ansu Fati, who can turn any match from a dire situation.

The match between Benfica Vs Barcelona will be toe to toe. None of the team will be ready to leave the other an inch of the ground. Two of the top teams in their respective team will try to tear each other apart. An interesting match is going to take place, and a lot of eyes will be on the match. It will be a hard match to predict, but I will go in favor of Barcelona with a 2-1 victory. It may be a late winner from Barcelona as Benfica will be playing in their home ground. Tell us who you are supporting and who will win? Also, do not forget to give us your feedback on the article.