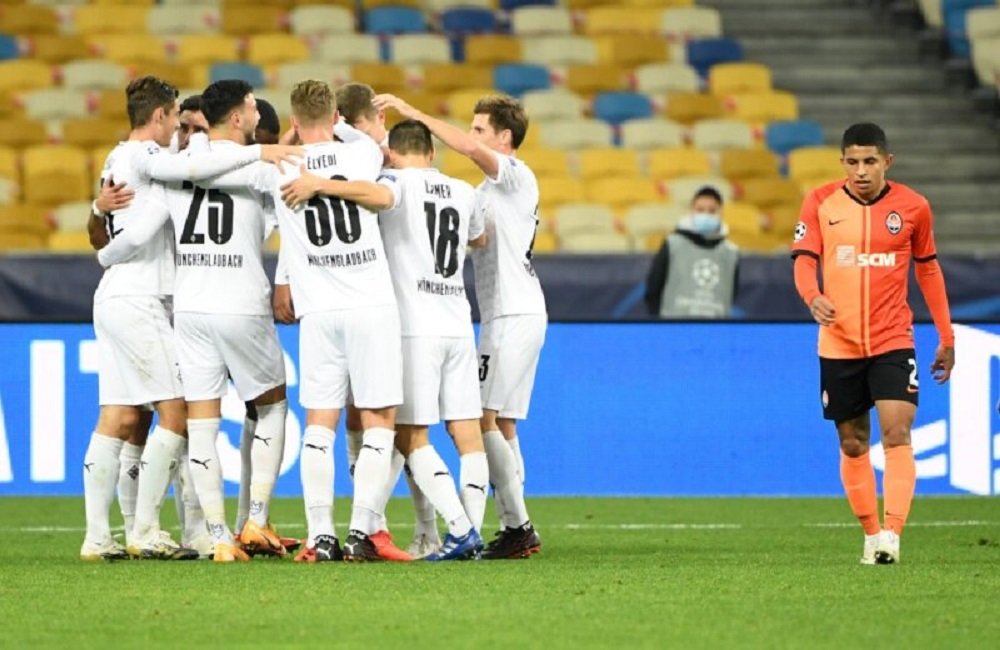 Borussia Monchengladbach destroyed Shakhtar Donetsk to become the table toppers of Group B.

The UEFA Champions League 2020/21 season has started and as always it is not failing to entertain fans all over the world. Winning Europe’s biggest title is every club’s dream and they are giving their best. This season, the Champions League has been very unpredictable and we also got to see some shocking results. For example, Lazio defeated Borussia Dortmund by a score of 3-1 which surprised many fans. Especially, Group B is the one that has startled everyone. It consists of Inter Milan, Real Madrid, Shakhtar Donetsk, and Borussia Monchengladbach. Normally, fans would expect a strong team like Real Madrid or Inter Milan to lead the group but the story has been a bit different.

After matchday 3, Borussia Monchengladbach leads the group whereas Inter Milan and Real Madrid are at the bottom. Shakhtar Donetsk and Borussia Monchengladbach’s performance has been outstanding this season. Both the teams are doing great in their respective leagues but now it was time for them to face each other and see who tops the group. They were meeting for the first time in a European competition. Shakhtar, who had tied their last match against Inter Milan had to make one change in their squad as Dentinho couldn’t play after testing positive for coronavirus. Monchengladbach, on the other hand, was playing with the exact same team that faced Real Madrid.

The match kicked off and just 8 minutes into the match, Borussia Monchengladbach scored the first goal. A great assist from Lainer was converted by Plea. Shakhtar looked totally out of focus as Gladbach wouldn’t stop attacking. Even though Shakhtar had good possession of the ball, whenever the ball was with Gladbach, they always had an attempt. Gladbach scored another goal but this time it was an own goal. Kramer took an attempt on goal which was going wide but a deflection from Bondar made it 2-0. Plea scored another goal in the 27th minute. Just 27 minutes into the game, Shakhtar were already 3 goals behind. Just before halftime, Bensebaini scored another goal.

The score at half time was 4-0. Now, Shakhtar were under a lot of pressure. Unfortunately for Shakhtar, Stindl scored another goal for Gladbach and this time, the assist was from the man of the day, Plea. In the 78th minute, Plea completed his hattrick and made it 6-0 for Monchengladbach. This was the last goal of the game and Shakhtar were completely destroyed by Borussia. After winning against Madrid and also securing a point against Inter, losing by 6 goals against Borussia will definitely affect their confidence.