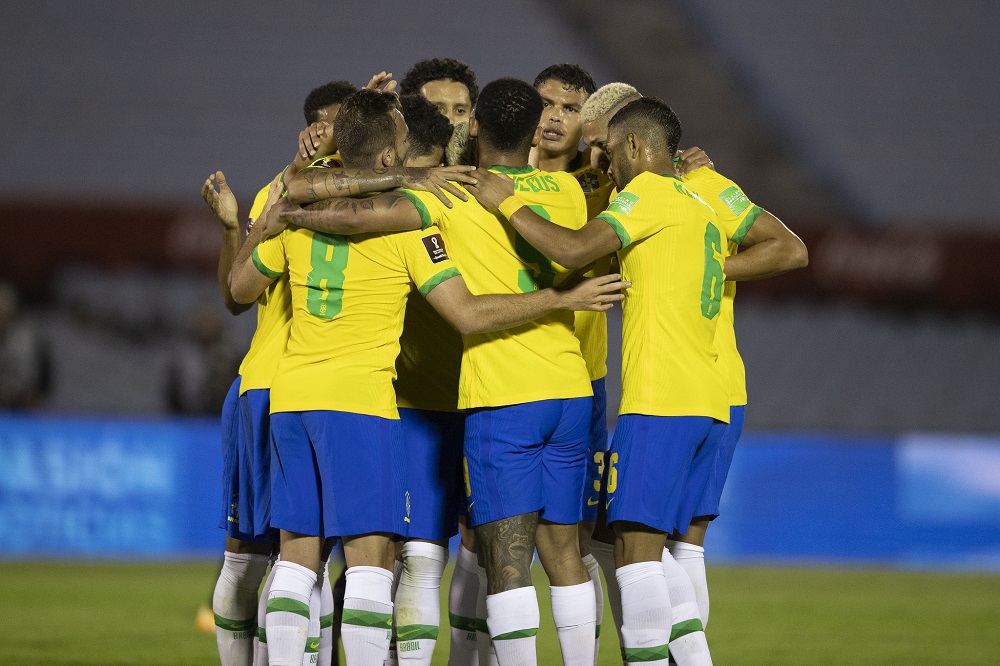 Brazil recently defeated Uruguay to maintain their reign as the table toppers.

The international break is almost over and this means that soon we will be getting to see club football return to action. However, before the break ended, we got to see a really interesting and nerve-wracking match. It was time for matchday 4 of the FIFA World Cup Qualifiers as Brazil was going to face Uruguay. Brazil had been in brilliant form as they had won all their matches until now. They were also the current Copa America champions and hence, they were the clear favorites. On the other hand, Uruguay had managed to win only 2/3 games as they lost their second game against Ecuador.

However, this match was going to be interesting because of several other points. Neymar and Coutinho were not playing for Brazil as they were both injured. On the other hand, Uruguay’s star striker Luis Suarez was also out as he had tested positive for COVID-19. Hence, it was going to be a really exciting match as both the teams were going to put up a good fight for the 3 points from the win. So, let us see what happened during the game.

The match began and Brazil kicked off. They were playing really well as they had good possession of the ball. However, Uruguay did not step back as they kept pressing on their opponents. In fact, in the 5th minute itself, Uruguay was able to create a brilliant chance as De La Cruz attempted a shot on the goal. However, the ball hit the crossbar and the ball got deflected away from the goal. However, soon enough even Brazil stepped up their game and began creating their chances. Finally, in the 34th minute, the table-toppers managed to score their first goal of the game. Gabriel Jesus passed the ball to Arthur Melo who was outside the box. Arthur immediately clung to the opportunity and scored a brilliant goal from outside the box.

It was a great shot from the 24-year old midfielder as he shot the ball past the Uruguayan goalkeeper Campana. However, that goal did not seem to slow down the current Copa America champions. They kept creating more chances in the search for more goals. In the 45th minute, Richarlison doubled the lead for his team. Lodi took a great shot as he crossed the ball into the box. The Everton striker immediately went towards the ball and headed it into the back of the net. With that, the score at halftime was 2-0 in Brazil’s favor.

The second half began and Uruguay immediately kicked off. They needed some huge miracle now if they wanted to win the game. However, nothing of that sort seemed to happen as once again, the Uruguayan’s were unable to convert their chances. Once again, their shot had hit the crossbar and they were unable to start off a comeback. Rather, in the 71st minute, Cavani received a red card for a foul he committed on Richarlison. Initially, he was given a yellow but after a VAR check on the foul committed, he was sent off the pitch by the referee. Just like that, the match ended as Brazil had defeated Uruguay by 2-0.

Brazil continued their winning spree as they had just won their fourth match of the qualifiers. They had managed to maintain their position at the top of the points table. On the other hand, Uruguay had now fallen down to the 5th position behind Paraguay. The Uruguayans had now lost 2 matches and won 2, so it is surely going to be difficult for them ahead in the competition. Anyhow, for now, the international break is over and the teams will be returning to club football. However, Brazil will now be bracing up to face Colombia in their next match whereas Uruguay will be up against Argentina in their next fixture.