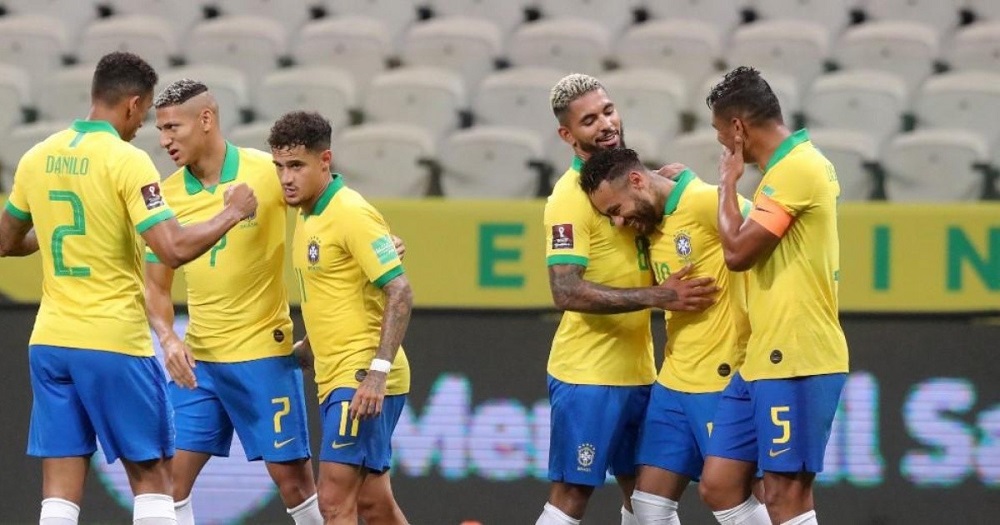 The FIFA World Cup 2022 is going to start in 2 years and the qualification round for the same has started. The only team that has qualified is Qatar and that too because they are the hosts for the 2022 World Cup. The qualifying matches are played in six continental zones namely Africa, Asia, Europe, Oceania, South America, North and Central America, and the Caribbean. The qualifiers for the South American zone started on 9th August, 2020. Teams like Argentina, Uruguay, Brazil, and many others have started their preparations for the same.

On the first day, we got to see 3 games that were between Argentina and Ecuador, Uruguay and Chile and Paraguay and Peru. Argentina, Uruguay were the winners for the first two matches whereas Paraguay and Peru tied with both sides scoring 2 goals. Messi’s Penalty won the match for Argentina while Gomez’s late goal earned 3 points for Uruguay. The next day i.e. on 10th October, 2 games were played. Colombia vs Venezuela and Brazil vs Bolivia were the two games. So, let us see what happened in the match between Brazil and Bolivia.

On 10th October, the qualifier match between Brazil and Bolivia was played. It was the first group stage match for both the teams. Brazil is the current Copa America champions which made them the favorites for this match. Bolivia on the other hand was not underestimated. However, Brazil had to face a shock when Neymar had back pain in the training session. They were not sure whether he will be able to play or not. 24 hours before the game, Brazil gave a statement that Neymar is all well and good and ready to face Bolivia. Instead of Thiago Silva, Casemiro was elected as the captain for the game. The match started and Brazil was keeping full possession of the ball. They scored in just 15 minutes with a beautiful header from Marquinhos.

Again 15 minutes later, Firmino scored a simple tap-in goal to make it 2-0.  The score at half time was 2-0. Bolivia had no possession of the ball and Brazil were completely dominating them. Neymar with his dribbles was being a big threat to Bolivia. The next goal came from Firmino again with an assist from Neymar. The 4th goal for Brazil was an own goal from Carrasco. The ball had hit his shoulder and ended up behind the net. Neymar made another assist of the game to Coutinho making the score 5-0. Neymar also set another record by making 18 successful dribbles in the game. The score at full time was 5-0. Brazil had shown that they are ready for this World Cup with this win. Now, they are at the top of the table and will face Peru on 14th October.