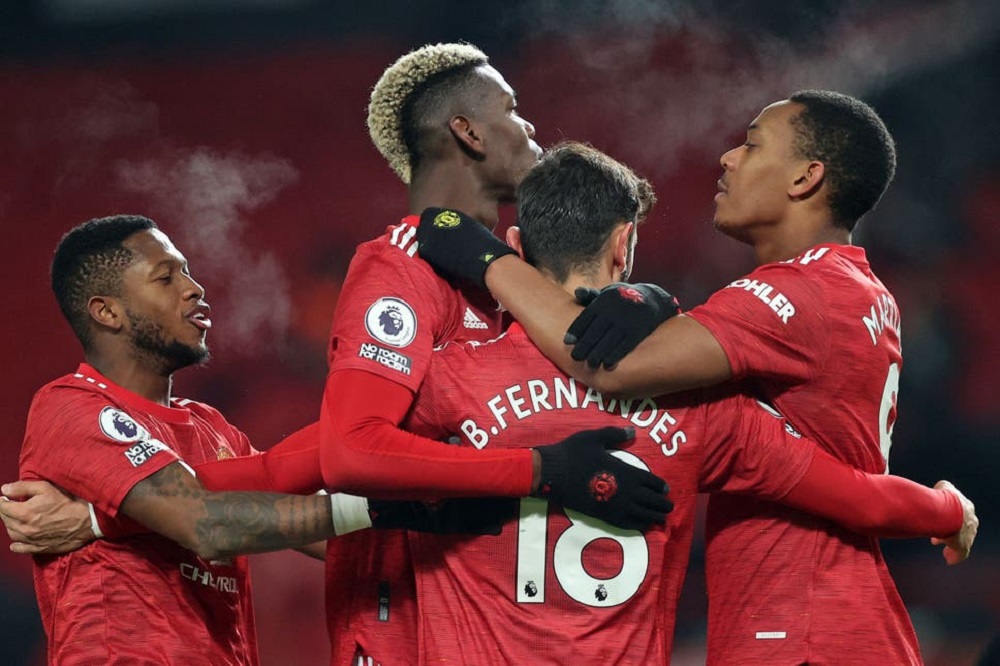 Manchester United won the game against Aston Villa to maintain their position in the points table.

The match began with Manchester United kicking off. They were not trying to maintain possession but were looking to exploit the Aston Villa defense as they were looking to create chances from the beginning itself. However, they were unable to convert those chances. Consequently, the score remain tied until the final minutes of the first half.

In the 40th minute, Pogba and Rashford combined to help Wan-Bissaka dash down the right flank and put in a low cross inside the box. Anthony Martial met it with a low header to put the ball past Martinez to give his side a 1-0 lead. As a result, at the end of the first half, Manchester United was leading by a goal.

The second half began and now Aston Villa was looking for a goal desperately. They were keeping the possession and when Manchester United had the ball, they were putting high pressure on them. Consequently, in the 58th minute, they got the equalizer. After taking a quick freekick, Grealish was released down the left-wing and ran into the box to pass the ball to Traore. The former Chelsea player calmly shot the ball into the goal to level the game at 1-1.

However, it didn’t take Manchester United much time to make a comeback. In the 60th minute, Pogba won his side a penalty as Douglas Luiz fouled himself inside the box. Consequently, Bruno Fernandes took the penalty and converted it easily to get United in the lead once again. He shot the ball into the bottom left corner giving Martinez no chance to make a save.

Who did you vote for as our Man of the Match and why did you choose @EricBailly24? ❤️

They’ll be battling it out against each other on 17th January. However, before that, they’ll have to continue their winning streak to remain in the competition. Anyhow, now Aston Villa will be facing Everton in their next match whereas Manchester United will be up against Burnley.