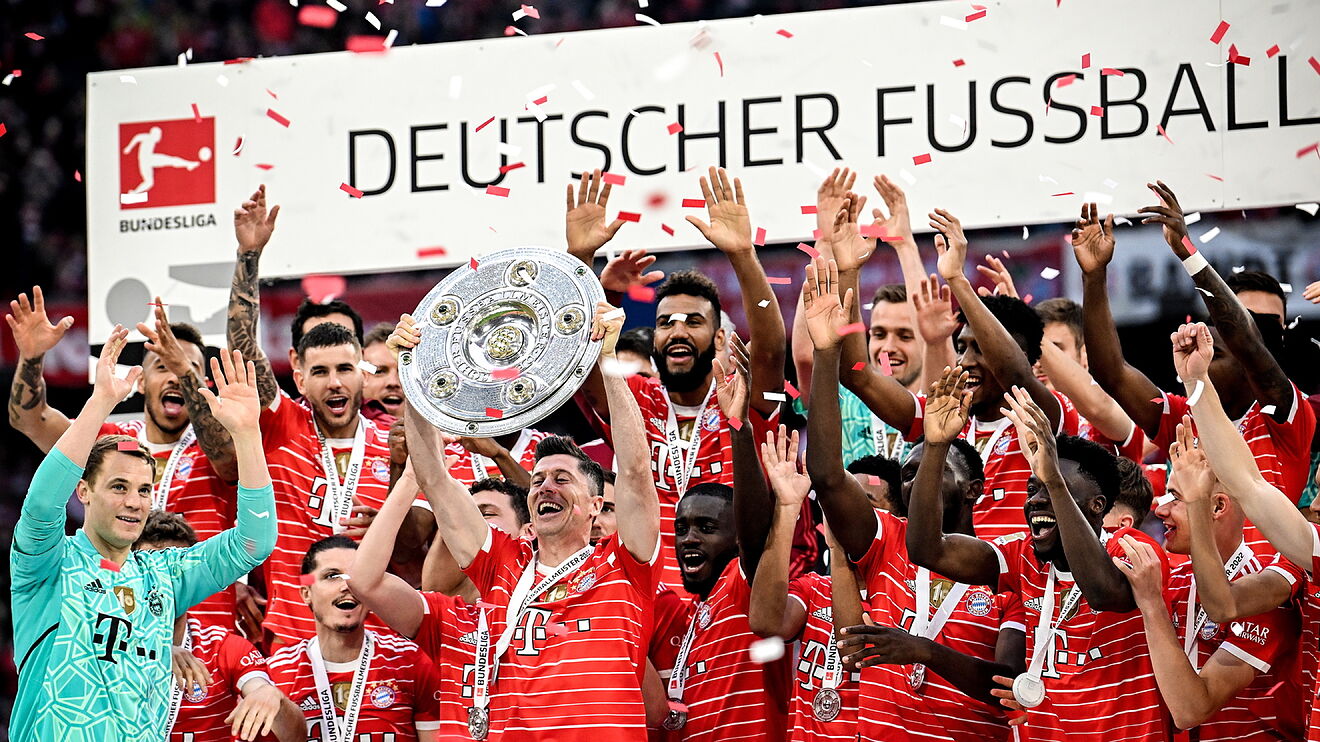 With only a month left for the Bundesliga to end, there are a lot of teams working hard in the pre-season. The transfer window is on and it looks like many teams are on the move to buy new players and strengthen their squads. For a long time in Bundesliga, we have not seen any new winner besides Bayern Munich. It has been more than 10 years since we last saw someone else lifting the league title, and that was Borussia Dortmund. No other team has managed to shake off Bayern Munich post that. Personally, I feel it is not good for the league if a single team dominates it for more than 10 seasons. The way Bayern’s squad looks doesn’t give a feeling they will give away the title so easily.

But where there is a will, there is a way. Bundesliga will have to find their Leicester of the season and turn the tables around. Else, teams like Borussia Dortmund, Leipzieg, Leverkusen, and Mochengladbach need a resurgence. They have to be able to create a competition for Bayern, who have acquired a strong player like Sadio Mane. This doesn’t look good for other teams which is why it has become more important than ever to some breaks on them. Other teams have to put Bayern under pressure to have some kind of upper hand when the league starts.

Let us have a look at what the other teams would like to achieve the bare minimum.

In the Bundesliga, Bayern Munich has always been the favorite team to win the league for the last many years. They are still the clear favorites to win the league yet again, until and unless someone stops them completely. Of course, they would like to go for another of their title wins but they would definitely want something more this season. Robert Lewandowski as of now has not left the club and was seen in the team practice. This is good news for the Bayern fans for the time being as their star striker is a part of the team as of now. Bayern will also be very focused to win the Champions League this season as they have not performed up to the mark in the previous two seasons.

Especially the last season when they were knocked out by Villareal in the quarterfinals of the competition. It was a disappointment for a big team like Bayern Munich. They will be more focused than ever to win the European cup. Winning the treble is definitely on their minds as the last time they won the treble was back in 2013. For a dominating team like Bayen Munich, this is a big gap.

It has been more than 11 years since Borussia Dortmund won the Bundesliga. After a series of back-to-back title wins in the 2010-2011 and 2011-2012 seasons under Jurgen Klopp, Dortmund has slipped. Even though they have managed to secure Champions League place every season, nothing more is achieved by them. They have become stagnant and their rivalry with Bayern is somehow fading. The competition which they used to provide before is not seen anymore. For a few months in the league, they play solid football but eventually start losing matches which they are not supposed to. Furthermore, it results in losing the grip they had in the league. This has happened on multiple occasions in recent years and it is not acceptable.

Given their situation in the league, it is tough to say if they will be able to dethrone Bayern. But even if they manage to give good competition to the champions, their fans will be very happy. There is a Champions League every year so they still have that chance to make it through. Possibly with some luck and fighting spirit, they might be able to make it possible. Like every season, they have a nice pool of young talent and that has been the USP of the club. Buying young and great talent is in their nature and they will continue to do so in the future as well. Wishing a great season to Borussia Dortmund.

RB Leipzig has been the revelation of the past decade. No one saw them coming the way they have and maintained their standard. In only ten years they have managed to achieve so much. Redbull, their owners have done a brilliant in creating such an interesting team. Furthermore, their football philosophy helps them to keep fighting for the top spot. Even though they have not managed to win anything big yet, they always look in the hunt for something. A truly remarkable approach to the game. In the coming season as well, they will look to continue fighting for the big trophies.

They have a decent budget and they look active in the transfer market. Their squad performs better than they usually look on paper. Last season was a little disappointing in terms of the league standings but they are sure to correct it in the coming season.

One of the most successful clubs in the history of the Bundesliga is Bayer Leverkusen. In the past few seasons, they have struggled more than ever. A lot of changes, departures, and internal affairs have affected the overall performance of the club. But this doesn’t mean we can count them out. They have always had and will have the support of their fans no matter what. Last season gave hope to the club when they managed to secure the champions league spot after a terrible start to the season. They showed tremendous improvement in the second half of the season which lead them to finish 3rd in the league. With a few weeks left for the transfer market to finish, we can count on them to bring in value-added players to their team.

Performance in the Champions League will also be a big factor. They worked hard to qualify and it is time for other German teams other than Bayern and Dortmund to showcase their class in the biggest European club competition.