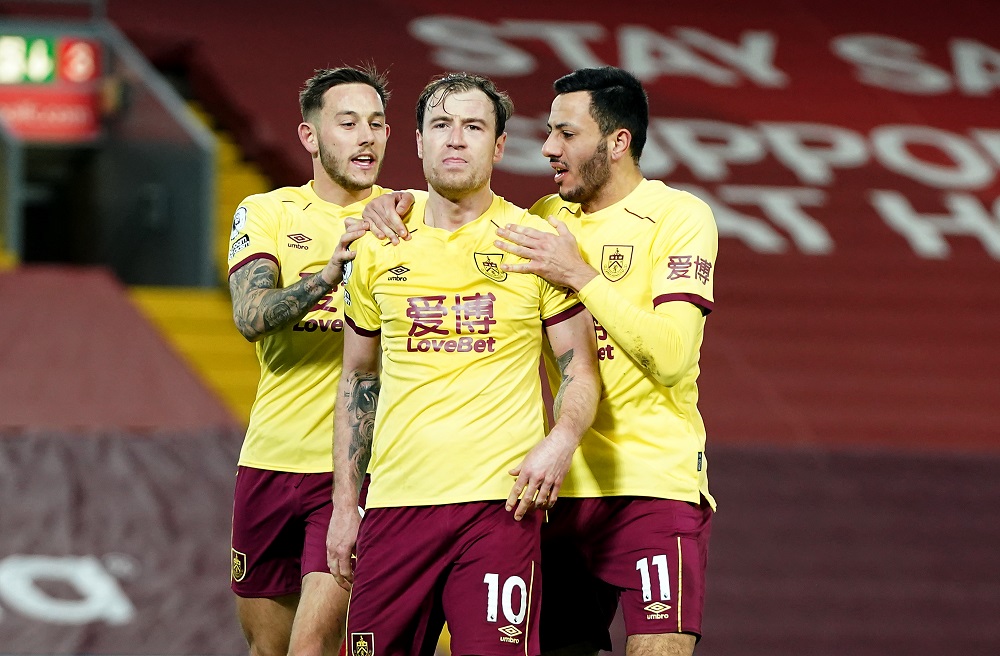 Burnley ended Liverpool's long unbeaten run at home to pick up 3 points and climb up the Premier League points table.

Liverpool hosted Burnley for their 19th fixture of the Premier League this season. Jurgen Klopp had decided to drop Salah and Firmino to the bench with Origi and Oxlade-Chamberlain getting into the starting lineup. On the other hand, Burnley also made 2 changes from their 1-0 defeat to West Ham last weekend. McNeil and Taylor took over Pieters and Guðmundsson. Liverpool had lost just one of their last 17 home league games against Burnley. The Clarets were the only visiting team to leave Anfield with a point the last term. Since scoring with seven of their 14 shots against Crystal Palace, Liverpool had scored just one goal from 62 shots in their last four PL games with a conversion rate of 1.6%. So, the match was going to be really interesting as both the teams wanted to climb up the points table.

The match began as Liverpool kicked off and they were maintaining their standard possession game. Both the teams were charged from the beginning of the match. Their strikers were testing each other’s defense and the goalkeepers’ limits. Soon, Allison Becker made a great recovery stop to deny the visitors. He made a flying save to keep out Barnes’s shot. After that, the referee cautioned the Burnley striker Barnes following a strong challenge from behind on Thiago.

In the 44th minute, Mee made a mess of an attempted backpass to Pope. Consequently, Origi was completely unmarked and dashing towards the goal. He had an eternity to pick his spot but opted for power and thumped the frame of the goal. There was an incident involving Barnes and Fabinho as the referee blew his whistle for half time.VAR checked to see what exactly happened and a yellow card was shown to Fabinho. It was for barging into his opponent with excess force. With that, the first half ended as the match was still at a goalless draw

The second half began and now both the teams were looking desperate for a breakthrough. Mane spread the ball to Alexander-Arnold and Burnley players dealt with the latter’s initial cross. However, it went back to the Liverpool right-back and this time he elected to go for the goal from the follow-up. Consequently, he forced a good stop out of Pope down low. Finally, Mohamed Salah replaced Origi and Firmino came in for Oxlade-Chamberlain to try and break the deadlock. Wijnaldum ran through the middle and played a pass to Salah. The substitute forward took a shot at the bottom right corner but Pope produced another superb save.

Finally, in the 82nd minute, the referee awarded Burnley a penalty. Barnes got away from Fabinho and was through on the goal. Alisson tried to push the ball away from the Burnley striker’s path but caught his opponent. Barnes calmly picked out the bottom right corner and beat Allison Becker to convert the spot-kick easily. Now, Liverpool’s long-running unbeaten run at home in the league was at risk of coming to an end. Mane did well down the left to get away from his man on the 89th minute of the game. He sent a cross into the middle but his teammates failed to use this chance properly and convert it. Alexander-Arnold scuffed a shot goalwards and Firmino diverted it on target. However, Mee was positioned near enough on the line to make a brilliant block.

In the injury time, Liverpool was throwing everything at Burnley and was desperate for just one more chance. However, unfortunate for them, the match ended with a score of 1-0 and Burnley leading the way. With that, Liverpool’s long unbeaten run at home of 68 Premier League games at Anfield came to an end and Burnley climbed up the points table. Anyhow, both the teams will now be preparing for their upcoming league games. Liverpool will next face Tottenham on 29/01 i.e. Friday whereas Burnley will be locking heads with Aston Villa on 27/01 i.e. Wednesday.