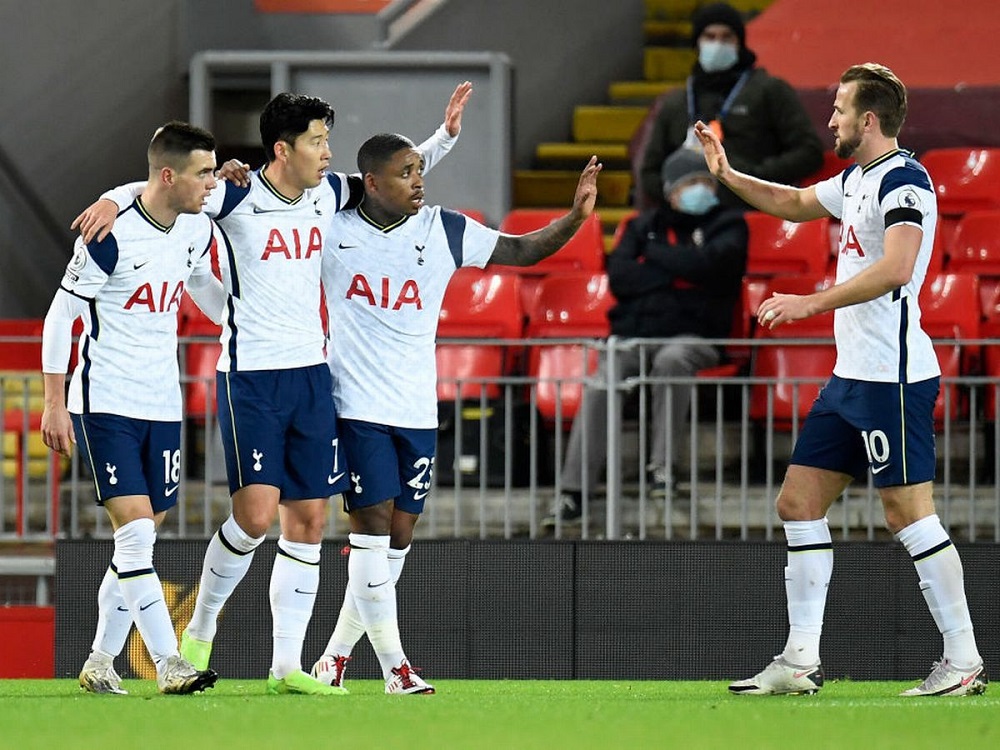 Heung-min Son (second from left) celebrates with his teammates after scoring the second goal for Tottenham.

Tottenham Hotspur is one of the Top 6 Premier League clubs even after not being able to win a trophy in recent times. Founded in 1882, its been several years since the establishment of the club. They have won many trophies in this course but have called down in recent times having not won any championship. They have managed to reach the Top 4 and Top 8 of the Premier League but have not won it yet. Apart from that, they also reached the UEFA Champions League finals in the 2018-19 season. However, they lost to the current Premier League defending champions i.e. Liverpool by a score of 2-0. Consequently, their dream of winning a trophy was crushed late in the match by Salah and Origi. But, now the club has a chance to win the EFL Cup as they are now in the finals.

The match began as Brentford kicked off and they were playing the possession game. However, it didn’t take long before Tottenham stole the ball from them. The Spurs players were pressing highly to create chances. Consequently, they had their first goal in the 12th minute. It came with an excellent header from Moussa Sissoko after a great assist from Reguilon. The left-back kept in a beautiful cross inside the box which was headed into the top right corner by Sissoko. As a result, the London-based side had managed to get an early lead. However, this didn’t stop them from creating more chances but they were not able to convert those. Soon, the referee blew the halftime whistle and at the end of the first half, Tottenham was leading by a goal.

The second half began and now Brentford was desperately looking for an equalizer. Consequently, they were able to create chances but they didn’t find the back of the net as they failed to convert those chances. On the other hand, Tottenham soon got their second goal in the 70th minute from Son Heung-min. After Ndombele released Son in a one-on-one situation against the Brentford goalkeeper, the Korean forward smashed the ball into the center of the net to double the lead for his side. After that, in the 84th minute, Josh Dasilva got a red card for kicking Hojbjerg in the shin. As a result, Tottenham went on to win the match with a scoreline of 2-0.

Can Jose Mourinho guide the Spurs to glory?

With the victory against Brentford, Jose Mourinho has now helped Tottenham to reach the finals of the EFL Cup. It is surely exciting for Spurs as they have a chance to achieve glory for the first time in this decade. After Mauricio Pochettino was sacked, Jose Mourinho came in as a savior for the club. The Portuguese manager has helped Tottenham to stay in the Top 3 and compete for the Premier League title. Apart from that, he has also helped to stay alive in the race for the UEFA Europa League. So, Tottenham will be battling it out against the winner of the second semi-finals for the EFL Cup title. They will be facing the winner of the match between Manchester United and Manchester City i.e. today.