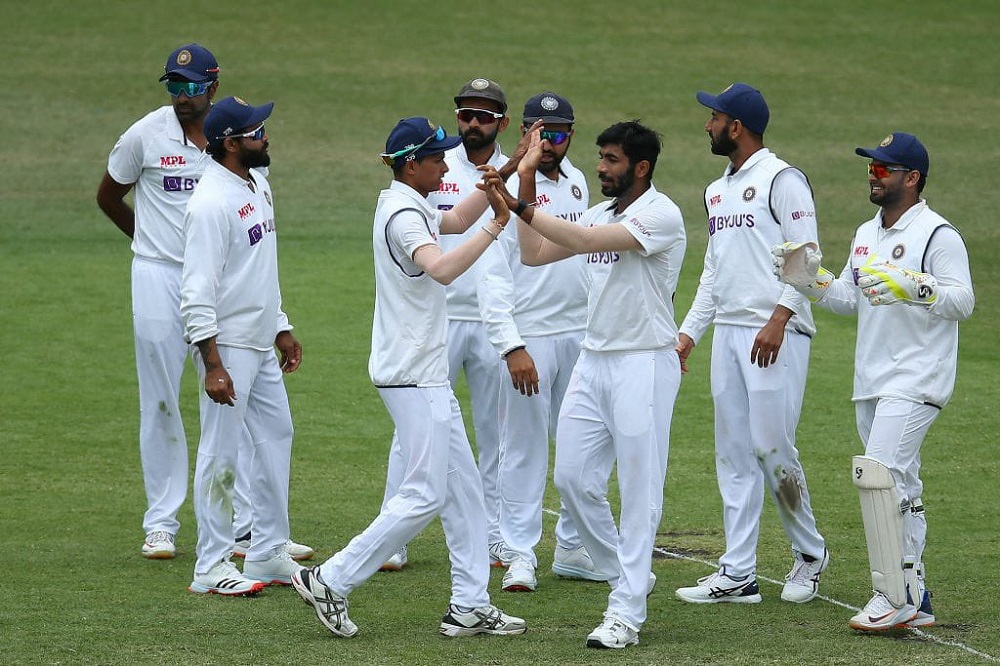 Team India will be facing Australia for the 4th Test at the Gabba on Friday and here's all you need to know.

Team India began their tour of Australia on 27th November as the players returned to international cricket after a big break of 6 months. The fans were really excited as they would get to see their favorite players return to play the sport they love. Apart from that, India and Australia are undoubtedly two of the best cricket teams in the world. Consequently, everyone was excited to see this tour. Anyhow, everyone was most enthusiastic about the Vodafone Test Series as the last time India played a test series in Australia, they won their first-ever Test Series there. This was really huge and the visitors want to repeat this feat once again.

The Border Gavaskar Trophy began on 19th December and the hosts completely crushed the tourists in the first game. India was humiliated as they posted their lowest ever test innings total. Australia got India all out for a total of just 36 runs. Consequently, Australia took an early 1-0 lead in the series. However, unaffected by this, India maintained their calm and composure for the 2nd Test that began on 26th December. They went on to make a historic comeback to win the match. Despite missing the likes of Mohammed Shami, Virat Kohli, and Rohit Sharma, the Men in Blue had managed to defeat Australia. As a result, the series was now tied at 1-1.

Now, only two test matches were remaining and even if India would manage to draw these two, they would retain their conquers over the title. So, the matches were going to be really exciting as even Rohit Sharma and David Warner had returned for India and Australia respectively. The third Test began on 7th January and Australia was completely dominating India. However, the compelling performance from Rishabh Pant, Cheteshwar Pujara, Hanuma Vihari, and Ravichandran Ashwin helped India to draw this match. This was one of the best performances from Team India as they played a humongous 131 overs to draw this match. Anyhow, it all comes down to the fourth and final test now.

Changes Team India will make for the 4th Test match:

Team India suffered many blows in the course of the first three test matches. They are currently missing 7 of their star players who were regular starters for the team. Those players are: Jasprit Bumrah, Ravindra Jadeja, Virat Kohli, Umesh Yadav, Mohammed Shami, Hanuma Vihari, and KL Rahul. Apart from this, Ravichandran Ashwin has some back pain and Jasprit Bumrah has some abdominal pain. To make it worse, Rishabh Pant still has some pain in the elbow he hurt while batting in the 1st innings of the 3rd Test match. Anyhow, seeing the number of injuries, the Indian team has only a limited number of options now for the upcoming match. So, here are the changes you might get to see for the upcoming playing 11.

Possible Playing 11 for Team India in the 4th Test match:

The playing 11 isn’t really that much shocking since so many players are injured. Shardul Thakur might be the fast bowler to replace Jasprit Bumrah. Thakur has experience and hence, he might get a chance over Natarajan considering how important this match is for the team. Talking about Jadeja and Vihari, Sundar and Saha seem to be the perfect replacements. Sundar is a complete all-rounder like Jadeja and therefore, he has an edge over Kuldeep Yadav. On the contrary, Saha can bat really well, and given Vihari was in so much pain on Day 5 of the 4th Test match. As a result, he’ll also take on the wicket-keeping gloves. This is only because he is a much better wicket-keeper than Rishabh Pant and has proved so earlier.

💥💥 In all readiness for the Gabba Test 💪🏻#TeamIndia #AUSvIND pic.twitter.com/x86s0o70dJ

So, this is the possible playing 11 for Team India for the 4th Test match. It’ll be exciting to see how the team does after missing so many of their star players. The match is definitely going to be really interesting as it’ll decide the winner of the Vodafone Test Series. If Australia win this match, they’ll win the Border-Gavaskar Trophy. On the other hand, if India wins the match or even manages to draw it, they’ll retain the Trophy. It is so because, if the series ends in a draw, the previous winner is awarded the Trophy once again. So, brace yourselves for the final and deciding the 4th Test match. It will begin on 15th January at the Gabba (Brisbane).