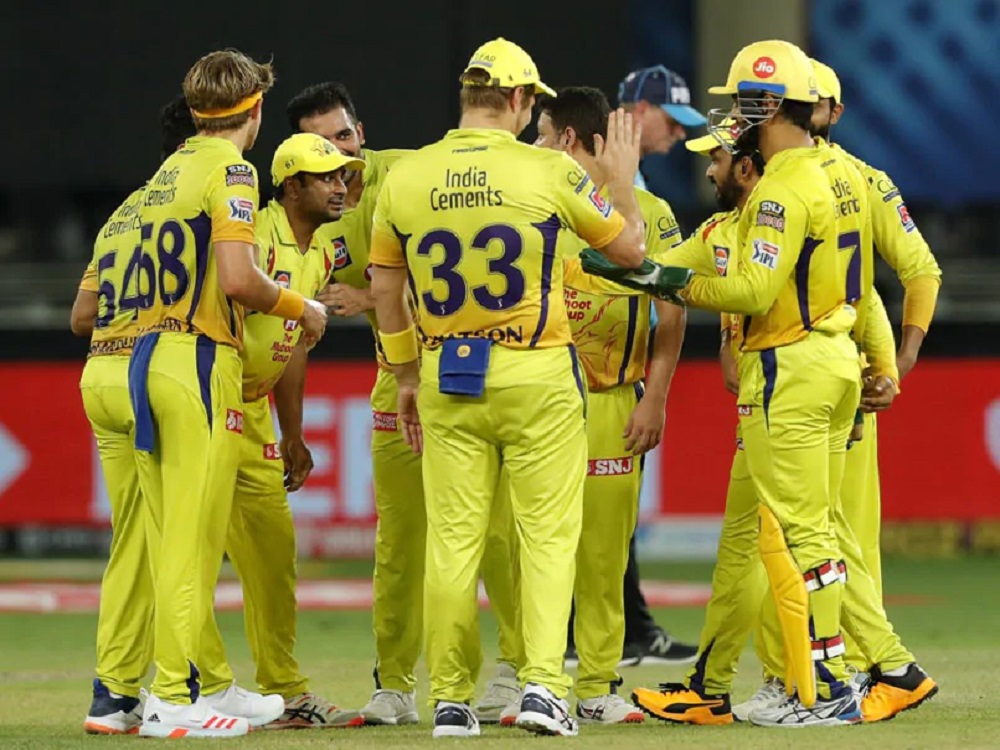 Chennai Super Kings haven’t been in their best form in IPL 2020. They were the first team to be eliminated from the tournament this year. For the first time in the history of IPL, CSK will not be a part of the playoffs. However, now that they are eliminated, they are giving all they can to make it difficult for the other teams to qualify. With that, they played against Kolkata Knight Riders on 29th October in the Dubai International Cricket Stadium. It was KKR’s second-last match where they could move one step closer to their qualification for the playoffs. On the other hand, CSK were already eliminated and couldn’t care less about it. However, their skipper, MS Dhoni had said that they’ll still give their best so that their fans can enjoy their last few matches of the tournament.

Chennai Super Kings won the toss and chose to bowl first. They wanted to restrict KKR to a low total so they could easily chase the target. However, they were not exactly able to do that. Even though they bowled well, they were only able to restrict KKR to a total of 172-5. Nitish Rana played an excellent innings as he thrashed the CSK bowlers to score 87 runs in 61 balls. With knocks of Shubman Gill (26 in 17), Rinku Singh (11 in 11), Eoin Morgan (15 in 12), Sunil Narine (7 in 7), Rahul Tripathi (3* in 2), and Dinesh Karthik (21* in 10), the team was able to reach a total of 172. It wasn’t a big target but KKR had the bowling lineup that could defend this.

The second innings began as CSK sent Shane Watson and Ruturaj Gaikwad to open the innings for them. However, just after the powerplay Watson (14 in 19) got out in the 8th over. As a result, Rayudu came to the crease and built a good partnership of 68 runs in 37 balls with Gaikwad. After that Rayudu got out in the 14th over. However, CSK did not take pressure at all even after Gaikwad (72 in 53) got out in the 18th over. Jadeja came and smashed 31* in just 11 balls to guide CSK to victory. Chennai Super Kings had defeated Kolkata Knight Riders by 6 wickets, courtesy of knocks from Gaikwad, Rayudu, and Jadeja.

Ruturaj, a superstar in the making: Watson

From praising his calmness at the crease to lauding his stroke-play, @ShaneRWatson33 interviews @ChennaiIPL's latest batting sensation Ruturaj Gaikwad.

The 23-year old youngster Ruturaj Gaikwad won the Man of the Match award. He had played excellently under pressure even after players like Watson, Rayudu, and Dhoni had got out. With a win in this match, CSK left KKR thirsty again on their road to the playoffs. KKR now needs a victory for sure in their final and 14th match against RR if they want to qualify. Besides this, they also need to improve their net run-rate, otherwise, KXIP, SRH, or RR also have a chance to qualify. Apart from this, MI has become the first team to qualify for the IPL 2020 playoffs. They are sitting at top of the points table with 16 points. On the other hand, CSK will now be playing KXIP as they look forward to destroy the latter’s hopes of making it to the playoffs.