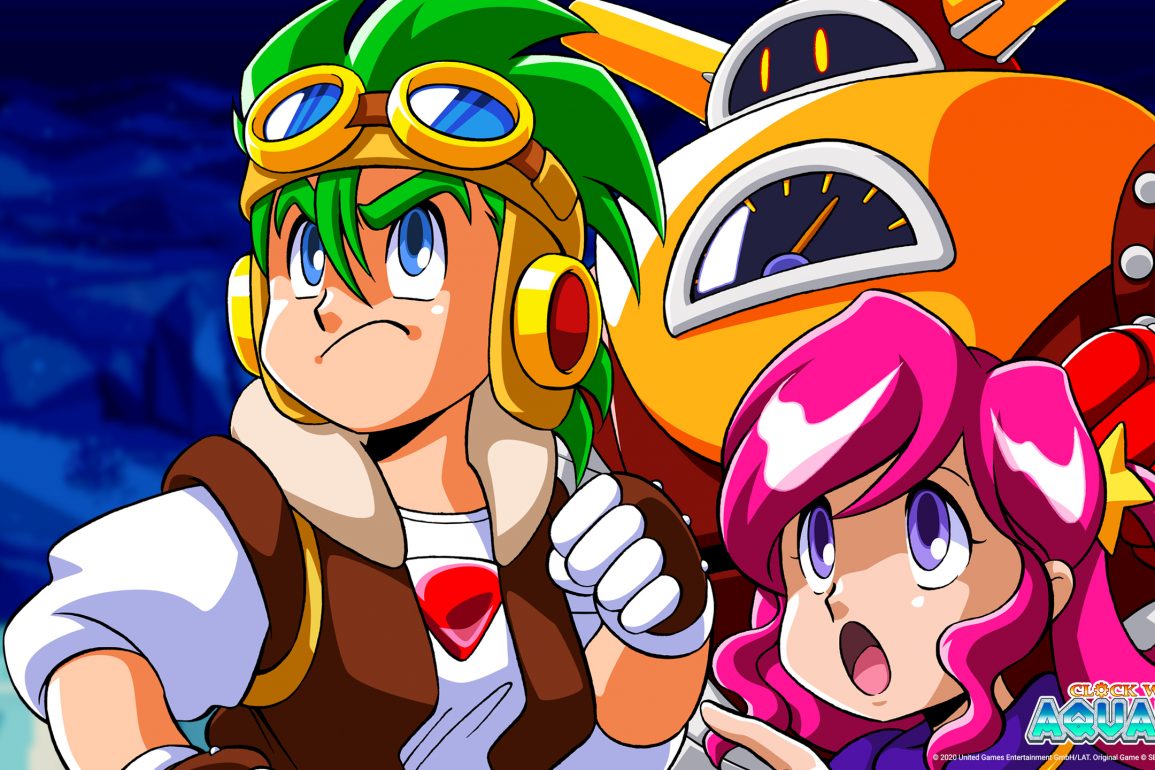 Today, In this article, we will be talking about the all-new game ‘Clockwork Aquario’ release date and details of this magnificent game. It is an action and platform game. There will be two modes, which are the single-player mode and the co-op mode.

You can use the health item to pick up the character’s cloth. If the player lost all their lives, then the game will be over but the player will get an option to continue the game. The player can play this game solo or with co-op. Each character will have a different move set such as Huck Londo will be a daring ghost hunter, Elle Moon will be the brave adventuress and Gush, and the Robot will be warmhearted. The player can choose any of these three characters. This game is similar to the game ‘Super Mario Bros’, and ‘Wonder Boy 3: Monster Lair’. That system of hit point is similar to the game ‘Ghosts ‘n Goblins’.

When is ‘Clockwork Aquario’ going to release?

Well, we do not know the exact date but ‘Clockwork Aquario’ will be released in 2021. The developer and publishers of the game are Westone and Strictly Limited Games respectively. Ryuichi Nishizawa is the designer of this excellent game. The art direction is given by Mina Morioka in this game. The game is programmed by Takanori Kurihara. Shinichi Sakamoto is the composer in this game. This game will release on two different platforms, which are Nintendo Switch and PlayStation 4.

You can Pre-order this game and the price for the pre-order is starting from €29.99. For this price, only 3500 copies were developed for the worldwide Nintendo switch and 1800 copies of PlayStation 4. The shipping of the game will start in around May or June. There is also an Ultra collector’s edition of this game. The price of that edition starts from €129.99. Stay tuned for the next update.