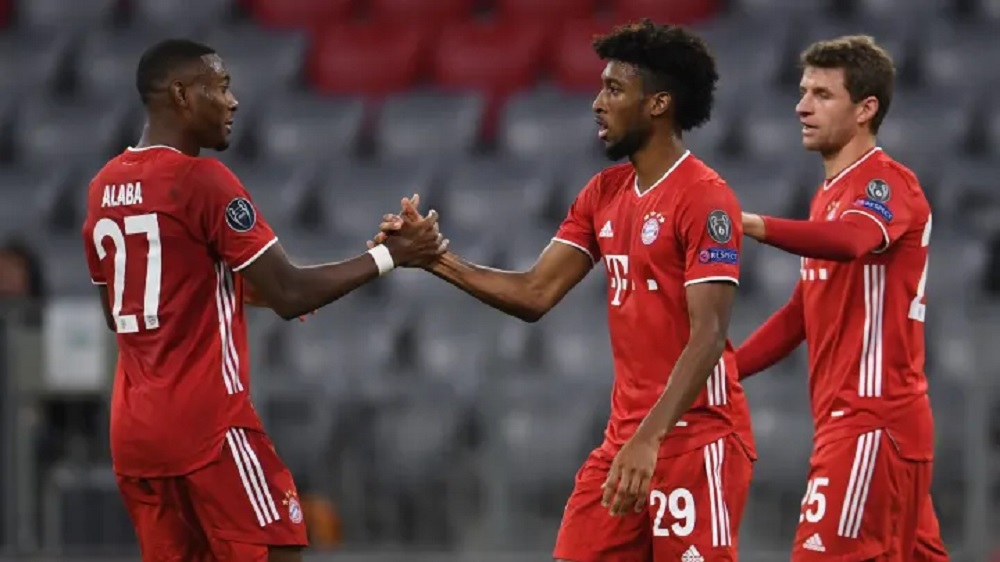 It feels like just yesterday Bayern Munich had won the UEFA Champions League. However, it has been two months already and now the 2020/21 campaign of UCL has also begun. The draws were conducted on 1st October, 2020. We got to see some really interesting groups as Barcelona and Juventus; Manchester United and PSG; Atalanta, Liverpool and Ajax, and many other teams were drawn in the same group. However, the fans are most excited about Group G as it has Barcelona and Juventus. It meant that Messi and Ronaldo will be once again going up against each other. This might be the last time that the two stars will share the same ground to lock horns with each other. Besides this, the fans were also excited about Group A, which had the defending champions Bayern Munich, Atletico Madrid, RB Salzburg, and Lokomotiv Moscow.

The fans were excited about this group as Diego Simeone’s Atletico were going up against Hansi Flick’s Bayern. Bayern Munich had been nothing but extremely impressive last season. They were the first team, to achieve the feat of winning all the matches in the UEFA Champions League. They won the title after defeating Paris Saint-Germain in the final. Now, they were all bucked up to defend their title this season. Atletico Madrid, on the other hand, had prepared a lot after their defeat against RB Leipzig in the quarter-finals. So, it was definitely going to be a really exciting fixture as the two teams were all set to lock horns with each other.

The match started as Bayern Munich kicked off on the referee’s whistle. The Bundesliga giants did not seem to be even a bit distracted and started playing their pressure game from the start. They were keeping the possession and also creating pressure on Atletico Madrid. The Bavarians were creating attack after attack but were not being able to find the back of the net. The Spanish giants, on the other hand, did not stand back and even they were attacking completely to look for an early goal. However, even they were not able to convert any of the chances that they got.

Finally, in the 28th minute, Kingsley Coman broke the deadlock to score the first goal of the game. It was a beautiful through ball kept by Joshua Kimmich inside the box. Coman stopped the ball with a brilliant control, took his team, and smashed it past Oblak into the right corner of the net. Just 13 minutes later, the Bavarians got their second goal of the match as Goretzka just shot the ball with full power into the bottom left of the goal. Oblak dived but could not reach the ball in time. With that, the score at half-time was 2-0 in Bayern Munich’s favor.

The second half began and Atletico Madrid were going all-out attack on Bayern now. The Spanish giants needed at least 2 goals to draw the game and 3 to win. In the 47th minute, just when Atletico thought they had got a breakthrough, the linesman indicated Suarez offside, and Felix’s half-volley goal was disallowed. Even after that, Atletico kept creating chances but were not able to convert any of them. On the other hand, Bayern were also creating chances and would just not stop with two goals.

Finally, in the 66th minute, Tolisso scored the third goal for Bayern. It was a mind-boggling shot from outside the box that went into the top right corner and it was just a perfect shot. Oblak could have done nothing to deny this brilliant effort from Tolisso. After that, within 6 minutes Coman scored his second goal of the game to give Bayern a 4-0 lead and seal the victory. He took an outstanding running directly into the box, dribbled past two players, and then scored the goal. The defending champions had defeated Simeone’s Atletico Madrid in the first UCL group stage fixture itself.

Points to be noted from Bayern Munich’s win against Atletico Madrid:

Bayern Munich have proved to everyone that they are not done with the game. Even after winning all the trophies that they possibly could last season, now they are looking forward to do it consecutively. Everyone was shocked after Bayern’s loss against Hoffenheim. People thought that Bayern will not be able to win anything this season. However, with this victory they have proved that they are still strong and determined to conquer all over Europe. On the other hand, Atletico Madrid was completely terrified of Bayern. After this loss, they will have to bounce back as soon as possible because next week they go up in matchday 2 of UCL. Atletico will be facing RB Salzburg in their next fixture whereas Bayern will be up against Lokomotiv Moscow.