Deion Sanders Appointed As The Head Coach Of Jackson State 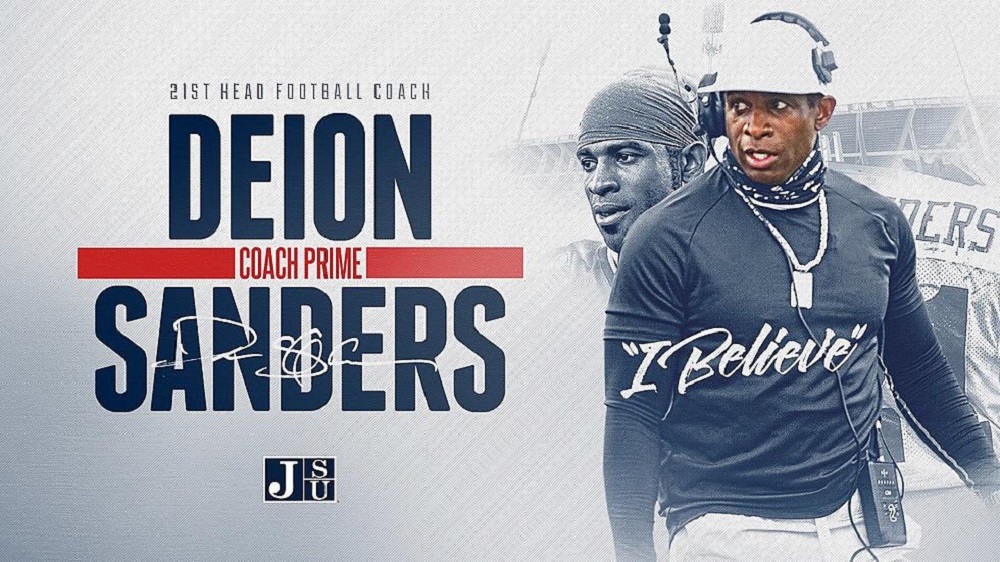 On Monday, Jackson State University announced that they are hiring Deion Sanders as the head coach. Sanders is an American athlete who has played in the National Football League. This is the first time he will be heading a college team. He also played significant baseball during his career. Sanders stated that he is happy and blessed to be associated with the university. He also said that he will try his best to get more recognition for all the athletes and will continue the tradition and history of the university.

What did Ashley Robinson say about Sanders’ appointment?

Ashley Robinson, the athletic director of Johnson State University, said that this is a massive step for the university. It also impacts the state of Mississippi and the country with ‘Prime Time’ leading the team. Sanders, as a coach, is said to be a student-centered athlete, and he cares about the students beyond their game in the field. He can help the university to win the upcoming championships and help them compete in a better way.

Sanders is currently the offensive coordinator of Trinity Christian School, and he will be coaching the state for the spring season. The season has been pushed due to the pandemic, but the teams will mostly start their pieces of training following the guidelines. He has his podcast called ’21st & Prime’, where he was introduced. Many people questioned him regarding the decision. He said that the right opportunity came at the right time, and he will grab it. Jackson State has not won a championship since 2013, and Sanders is the 21st head coach of the university, and coincidently his jersey number has been 21 throughout his NFL career. On Tuesday, a welcome campaign was conducted, and he also appeared on Good Morning America.

Who is Deion Sanders?

Deion Luwynn Sanders Sr., more popularly known as ‘Prime Time,’ has played NFL for 14 seasons. Sanders was born on 9th August 1967 in Florida. As a kid, he excelled in football, basketball, and baseball. Sanders played baseball for the New York Yankees, Atlanta Braves, Cincinnati Reds, and San Francisco Giants. He played football for Atlanta Falcons, San Francisco 49ers, Dallas Cowboys, Washington Redskins, and Baltimore Ravens. Sanders has won two super bowls and has been included in many Hall of Fame list. In 1994, he also released an album where he rapped. After his retirement, Sanders coached numerous teams such as Prime Prep Academy, Triple-A Academy, and Trinity Christian School. He has also worked as an analyst for NFL Network and CBS Sports. In 2011, he was inducted to the pro football Hall of Fame.