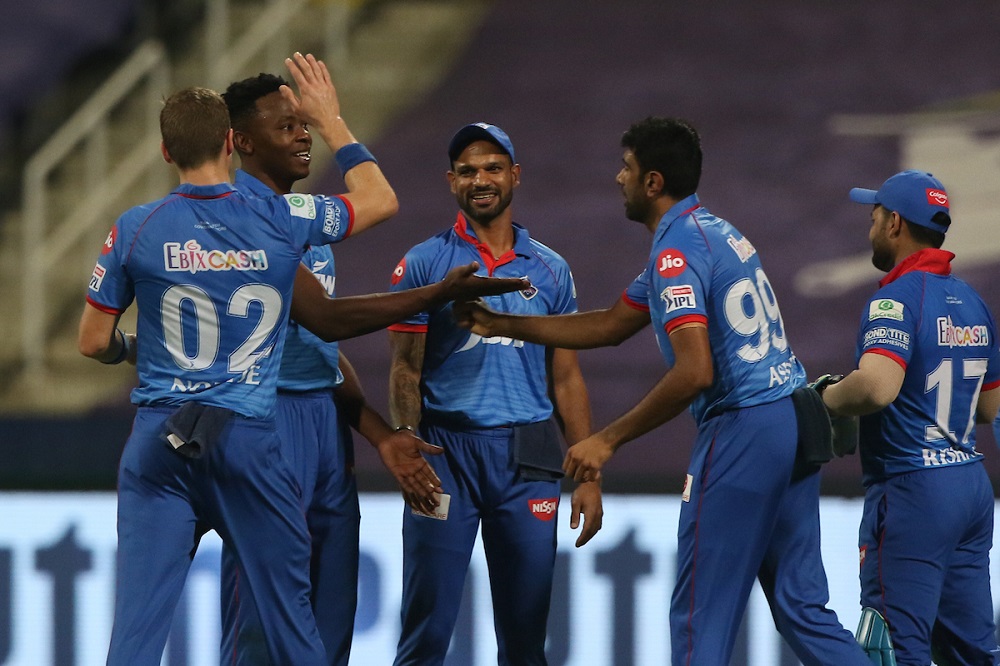 Indian Premier League, one of the biggest T20 international leagues that people all around the globe enjoy. The tournament is known for the thrill and the sudden ups and downs in it. Just like that, IPL 2020 has also been nothing else but completely entertaining for the viewers. Even after we have reached matchday 55 (second-last match of league-stage), we do not have all the teams that have qualified for the playoffs. Until now, only the defending champions Mumbai Indians have qualified for the knockouts. Other teams like RCB, DC, KKR, and SRH are still looking forward to secure their place in the Top 4. KKR defeated RR to reach 14 points but their net run-rate is not that good to have them directly qualified. As a result, today’s match between Delhi Capitals and Royal Challengers Bangalore will decide their future.

The match began as Delhi Capitals won the toss and their captain Shreyas Iyer opted to bowl first. The decision turned out to be quite well as they were creating pressure on the RCB openers, Devdutt Padikkal and Josh Philippe by not allowing them to score runs. In the 5th over, DC got their first breakthrough as Rabada dismissed Philippe (12 in 17). Then came Virat Kohli to support Padikkal from the other end of the crease. The duo built a good partnership of 57 runs in 50 balls before Kohli (29 in 24) got out in the 13th over. As a result, AB de Villiers came in at 4. However, soon in the 15th over, Padikkal (50 in 41) got dismissed. In the very same over, Chris Morris (0 in 2) also lost his wicket to Nortje.

Then, Shivam Dube (17 in 11) came to the crease. The former managed to get a few runs on the board with AB de Villiers before getting out in the 19th over. However, De Villiers still managed to smash a few boundaries to give RCB’s innings some stability. Then, in the next over, De Villiers (35 in 21) and Udana (4 in 2) lost their wickets to Nortje. As a result, Washington Sundar (0* in 1) and Shahbaz Ahmed (1* in 1) came to the crease but did not get to bat much. In the end, RCB had managed to get only 152 runs on the board in their 20-over innings. This wasn’t a huge total but RCB had the bowling lineup that could defend this.

Delhi Capitals began their innings as Prithvi Shaw and Shikhar Dhawan came to the crease to open fir DC. They started off great but soon in the 2nd over, Siraj managed to dismiss Shaw (9 in 6). So, Ajinkya Rahane came to the crease to support Shikhar Dhawan now. The duo built a good partnership as they got 88 runs in just 65 balls before Dhawan (54 in 41) got out in the 13th over. However, this did not affect Rahane who played his natural game. After Dhawan’s dismissal came the DC skipper Iyer who scored 7 runs in 9 balls before getting dismissed in the 17th over. In the very next over i.e. the 18th over, Rahane (60 in 46) also got out. As a result, Rishabh Pant (8* in 7) and Marcus Stoinis (10* in 5) came and finished off the chase for DC.

Anrich Nortje bags the Man of the Match award for his bowling figures of 3/33 against #RCB.#Dream11IPL pic.twitter.com/9o8YiVVqwv

DC had defeated RCB by 6 wickets to secure their place in Qualifier 1. Anrich Nortje won the Man of the Match award for his excellent 4-over spell taking 3 crucial wickets and giving away 33 runs. They will be locking horns with the league table-toppers, Mumbai Indians. DC finished their league stage at the 2nd position in the points table with 16 points. On the other hand, RCB also played well as they managed to secure their place in the top 4. They had also qualified for the knockouts after losing their last 4 matches consecutively. All and all, it was a good day for both the teams as they managed to qualify for the playoffs. Now, RCB will be facing KKR or SRH depending upon whether SRH is able to defeat MI in the final match of the group stage.