Ecuador Hammer Uruguay In A 4-2 Victory 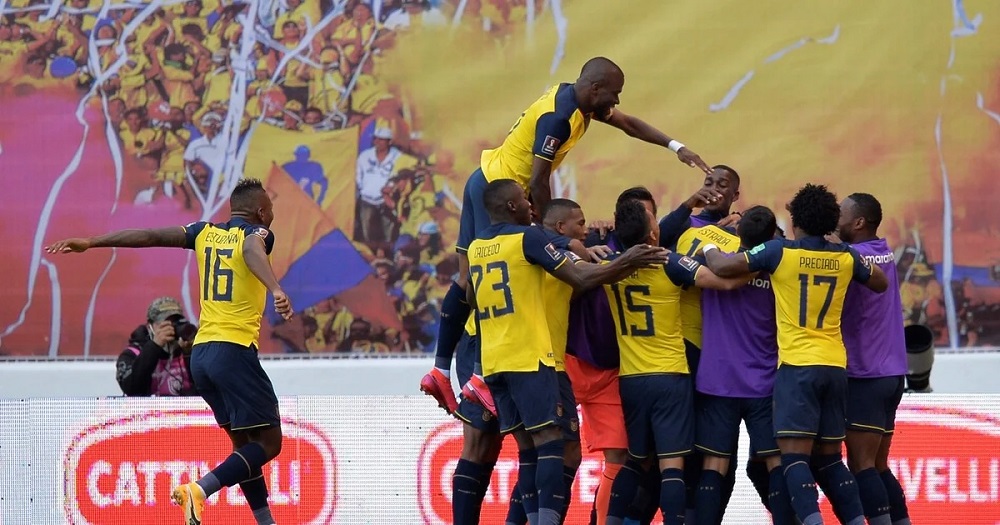 The matchday 2 for Word Cup Qualifiers was held yesterday and turned out to be pretty well for Ecuador. The Ecuadorians were up against Uruguay who had defeated Chile with a late goal from Gomez in their last match. On the other hand, Ecuador themselves had lost their previous match against Argentina as Messi scored the only goal of the match. Now, they were up against Messi’s former Barcelona teammate Suarez and were desperately looking for a win. They were at the bottom of the table whereas Uruguay was in the 2nd position.

Lineups for both the teams:

Their manager G. Alfaro kept a formation of 4-4-2 as he had planned Valencia and Estrada as the striking duo for the game.

The Uruguayan coach O. Tabarez also went with a formation of 4-4-2 with Suarez and Gomez as the striking pair.

Ecuador kicked off as the referee blew the whistle. They were playing aggressively from the start and were creating a lot of pressure on Uruguay. However, they were not able to convert until the 15th minute when Caicedo scored the opening goal for his team. It was a brilliant ball kept in by Mena and Caicedo took a beautiful header to get the ball past the Uruguayan goalkeeper. After that, even Uruguay started pressing as they knew now they cannot play defensively. They needed two goals to win the game or at least one to draw it. However, they were not able to convert any of the chances whereas Ecuador was also attacking as they wanted more goals. But, in the last minute of the stoppage time, Estrada shot the ball directly into the net after Godin tried to clear it and that gave his team a 2-goal lead.

The score at halftime was 2-0 and Uruguay definitely needed a miracle to turn things upside down now. But, that did not seem to happen as in the 52nd minute, Estrada scored another banger to make the score 3-0 in Ecuador’s favor. Even then Uruguay did not give up and were putting in all their efforts. However, in the 75th minute, Gonzalo Plata put all those efforts to bed as he scored the 4th goal for Ecuador. He dribbled the ball past Araujo and shot it slowly towards the left post after confusing the goalkeeper. It was a beautiful goal and he was celebrating with all his teammates after scoring it. After that, in the 80th minute, Uruguay finally got a chance to score a goal. The referee awarded them a penalty as Palacios had fouled Jonathan Rodriguez inside the box.

Suarez took the spotkick and immediately converted it. He immediately took the ball and ran towards the halfline so that the game could resume immediately. However, they were not able to score any goals in the open game. But, they did get another strike at the goal in the 95th minute when Araujo was fouled inside the box during a freekick. Suarez scored that goal but Uruguay lost that match 4-2 to Ecuador. It was one of Uruguay’s worst performance in the World Cup qualifiers. After this defeat, they are now in the 6th position in the points table. On the other hand, Ecuador have climbed their way up to the 5th position. This was the last international match for the players as the international break is now over and the players will now be returning to their respective clubs.