England Crush Iceland To Finish At 3rd Place In Group 2 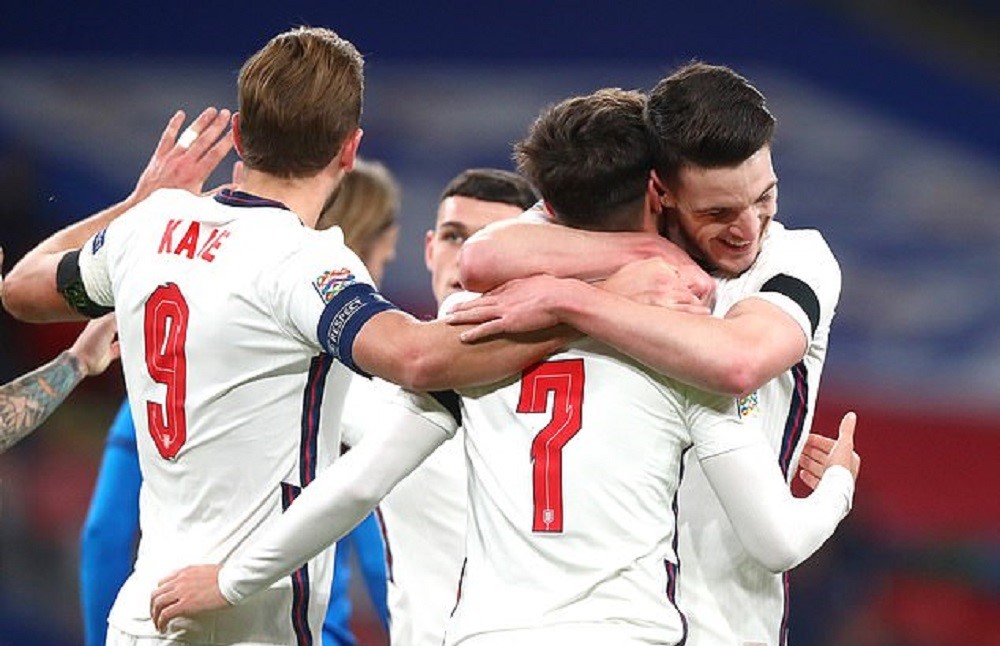 England crushed Iceland in the last UEFA Nations League group stage match to finish at the 3rd Place in their group.

The UEFA Nations League hosted its last fixture of the group stage this week. After some nerve-wracking matches throughout the league, we were now going to have the teams that would qualify for the Final 4. As of now, only France had qualified for the next stage. Now, it was time for another interesting fixture as England was going to lock heads with Iceland. England did not have their best form in the league as they had won and lost 2 matches each with a draw in their first game against Denmark. However, their current rivals also had a really bad campaign as they had lost all of their matches until now. So, it was a chance for them to get disqualified with some dignity and at least one win. On the other hand, England had a chance to finish their campaign above the bottom-most Iceland.

The match began as England kicked off as the referee blew the whistle. They started off maintaining possession of the ball as they were looking for an early goal. Iceland was not trying to press much as they just wanted to defend well and play on counter-attacks. As a result, in the 20th minute, England won a freekick from which they were able to score a goal. Foden crossed the ball into the box brilliantly from the freekick as Declan Rice headed it into the right corner of the net. Iceland had not marked Rice properly and as a result, England had their first goal of the game. It was the 21-year-old youngster’s first goal for England in international uniform.

However, one goal did not seem enough for England. Just 4 minutes later, they scored their second goal of the game. It was an excellent goal as Mason Mount dribbled past the Iceland defender and then beat the Iceland goalkeeper to put the ball into the right corner of the goal. With that, England was now in a lead of 2 goals and Iceland did not seem comfortable with it. Even then they did not stop as they kept creating more and more chances. However, at the end of the first half, the score remained 2-0 in England’s favor.

The second half began and now Iceland surely needed a miracle if they wanted to turn the tables. However, they seemed to be completely broken by the 2-goal lead that their opponents had. In fact, in the 54th minute, Birkir Már Sævarsson received his second yellow card of the game as he was sent off the pitch. As a result, now Iceland were trailing by 2 goals and were also reduced to 10 men. So, England completely exploited them by creating attack after attack but was not able to convert any of those chances. Finally, in the 80th minute, Phil Foden scored the third goal for England as Sancho assisted him after building a good play with B. Saka.

However, that was not it as in the 84th minute, Foden struck once again to dazzle Iceland. Winks left the ball for him after a pass from Maguire. Foden then smashed the ball into the back of the net from outside the box. Just like that, England crushed Iceland at their home ground. Even though they were not able to qualify for the next stage, they managed to draw their points with Denmark. They had finished at the 3rd position in the points table whereas Iceland finished at the bottom with 6/6 losses. Now, the international break is over, and hence, club football will be returning soon. So, brace yourselves as you’ll get to see your favorite players back in their club uniforms once again.