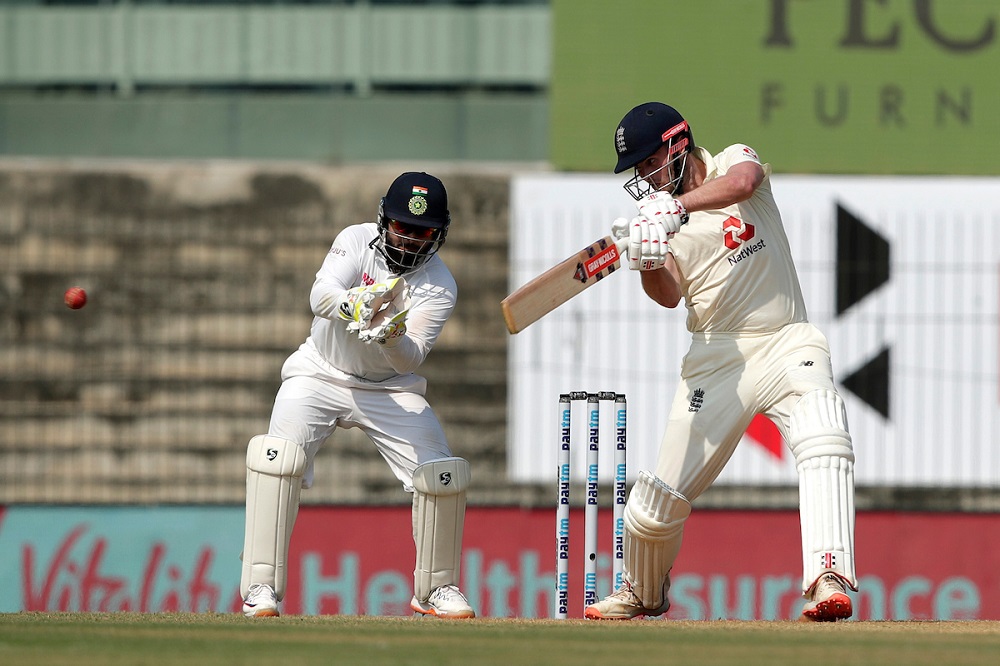 England batsmen fired Indian bowlers on Day 1 of the 1st Test match to get a lead of 263 runs.

England began their tour of India today i.e. on 5th February. They started off the tour with the Test Series as India hosted the first Test match at the MA Chidambaram Stadium in Chennai. It was going to be interesting as both the teams had been looking forward to this series for a long time. They were both coming from a Test series win away from home. England had beaten Sri Lanka in the latter’s home recently and hence, they had got used to the Indian subcontinent and its conditions. On the other hand, the Indian Cricket Team had defeated Australia despite suffering many blows throughout the entire tour. Many of their senior team players had got injured and still, they managed to claim a win at the foreign soil. Consequently, it was going to be a really interesting and exciting match.

The match began as England won the toss and their skipper Joe Root opted to bat first. It was a really smart decision as it was a batting pitch. The English captain knew that they could capitalize on this wicket and should get runs on it before it started deteriorating. Hence, he chose to bat first and the decision seemed to be excellent as they were in good form. Rory Burns and Dominic Sibley opened the innings for England as they came to the crease. They were pairing up brilliantly and didn’t let their guard down against the Indian bowlers. They started off slow but played smartly as they defended their wickets well. However, in the 24th over, Ashwin struck to get India their first breakthrough. He dismissed Rory Burns (33 in 60) at a score of 63.

Consequently, Daniel Lawrence came to the crease. However, Daniel didn’t last long as Virat Kohli’s tactic worked brilliantly. Jasprit Bumrah dismissed Daniel Lawrence (0 in 5) in the 26th over for a duck. Bumrah’s action is not easy to play and Virat decided to use this to his team’s advantage. Consequently, the effort paid off as Daniel got out. Then came the England skipper himself i.e. Joe Root in at 4.

Root stayed calm and composed as he managed to play till the end of Day 1. However, Dominic Sibley (87 in 286) got out in the last over of the day i.e. in the 90th over to Jasprit Bumrah’s bowling. The youngster had played a terrific innings for his side. On the other hand, Joe Root (128* in 197) remained not out and will continue to bat tomorrow i.e. on Day 2. Anyhow, England managed to get a total of 263-3 in 89.3 overs at the end of Day 1.

Can India make a comeback on Day 2 or will they succumb to Joe Root’s special knock?

It is not going to be easy for India as Root won the toss and opted to bat first. England managed to post a score of 263 runs on just Day 1 after losing only 3 wickets. So, the hosts will try their best to get the visitors all out on Day 2. If India cannot get England all out tomorrow, it will be tough for them to make a comeback in this game.

On the other hand, the visitors will try to get a huge total and then declare their innings. Joe Root will give his best to convert his unbeaten 128-run knock into a double-century as this match is so special for him. The skipper is playing his 100th international Test match for England. After that, they’ll try to get India all out and give them a follow-on. So, it will be interesting to see how the players perform on Day 2 of the 1st Test match tomorrow at the MA Chidambaram Stadium in Chennai.