On matchday 15 of the English Premier League, Southampton will take on Brighton & Hove Albion in their home ground, St. Mary's Stadium. The match will begin sharp at 8:30 P.M. on 4th of December, 2021. 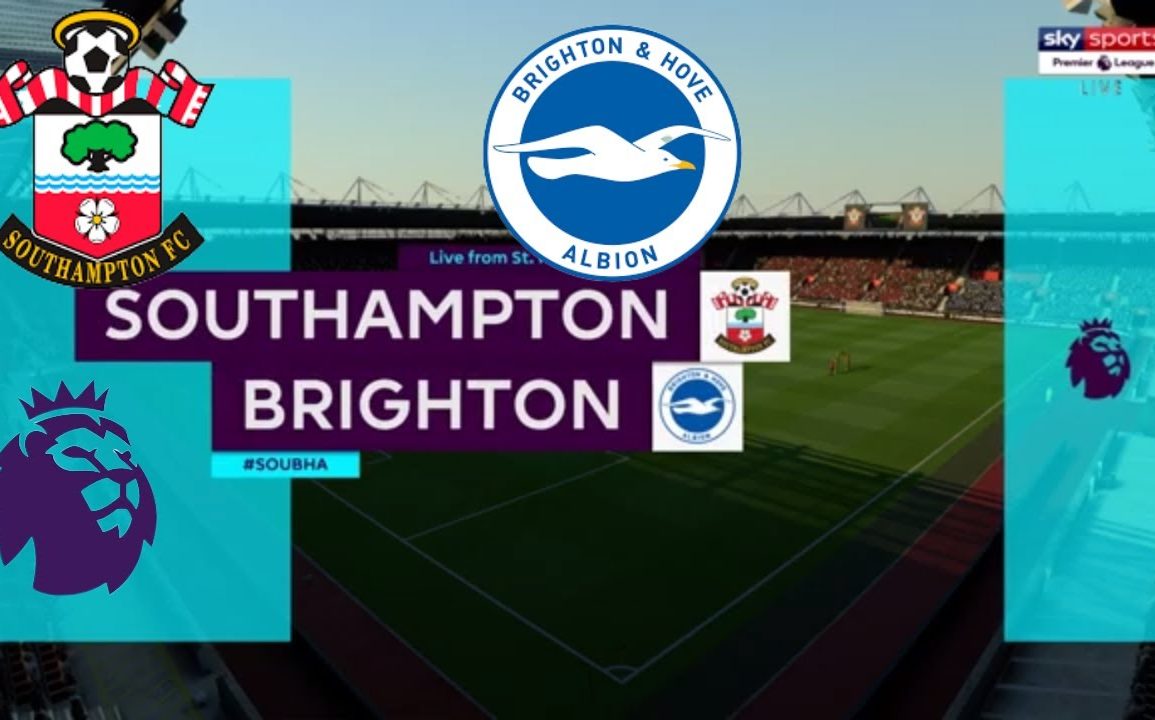 We all know that the English Premier League returns every weekend. But this time, it is a bit different. Southampton vs Brighton & Hove Albion will take place on Friday, and just like that, the other league has already taken place on Wednesday and Thursday. It is odd to see the Premier League on the weekday. The last matchday featured several good memories, and this one is following that same path. The players usually get rest for at least a week before they play the match, but due to the matchday getting shifted, they will not get the rest that they get. This was mainly done due to matchday 6 of the UEFA Champions League taking place next week.

Enough with the introduction and debate regarding the shifting of match day. Let us now get back to the match that we will take talking about. Southampton vs Brighton & Hove Albion is sure to be a belter, and likewise, it will be one of the first matches of matchday 15. The two matchdays are taking place in quick succession. This will take a heavy toll on the players as well as the fans. There will be no shortage of entertainment this weekend. We got our hands on the details surrounding the match and will be presenting those to you all. So keep on reading the article to know about the match prediction and other details.

Southampton vs Brighton & Hove Albion: Kick-Off and Where To Watch?

Matchday 15 will feature Southampton taking on Brighton & Hove Albion. The match will kick-off at 8:30 P.M. according to the Indian Standard Time. It is scheduled to happen on the 4th of December 2021. The match will begin at 3 P.M. according to UTC. Southampton vs Brighton & Hove Albion will take place in St. Mary’s Stadium, Southampton. They will broadcast on the Star Sports Select 1 and Star Sports Select 3 channels. In case, they do have access to television they can stream it on the Disney+ Hotstar app. For international viewers, they can watch it on Sky Sports and NBC Sports Network. For live experience, they can buy tickets to the game.

Southampton vs Brighton & Hove Albion: Players To Watch Out For

Southampton has been quite disastrous in the 2021/22 season. They are always considered to be the dark horse, but we are yet to see justice made to that name. In the past, several Premier League stars have emerged from Southampton. They are a good team, but watching them play makes us think that the team lacks chemistry. After matchday 14, they have fifteen points, with a goal difference of -7. Currently, they are in the 16th position of the league. In their last match, they drew 2-2 against Leicester City. One of the key players of Southampton F.C. is James Ward-Prowse. He is the main man in the middle and acts as a pivot to the team. Other than him, there is Oriol Romeu, Che Adams, Jan Bednarek, etc., to support him.

On the other hand, Brighton & Hove Albion started the season really well. They were undefeated in the first few matches and reached the top five. But as the season progressed, they failed to keep up that play. But still, they are not totally out of the picture and are doing their best to get back on track. Currently, they are in the 9th position of the league. They have 19 points from 14 matches. In their last match, they drew 1-1 against West Ham United. Adam Lallana is clearly their best player. He had a great time with Liverpool, and now coming to Brighton, he is doing no less. Leandro Trossard is second on the list to be the best player. Other than these two, there is Neal Maupay, Marc Cucurella, Yves Bissouma, etc., who equally helped the team to perform well.

Matchday 15 will feature several interesting matches, and Southampton vs Brighton & Hove Albion is one of those matches. Judging from the atmosphere before the match, the fans should b coming in thousands to support their team. Both teams will try to score as many goals as possible to secure their win. Southampton will take to get out of the nearing relegation zone, while Brighton will look to regain their former. Keeping tabs on every statistic, Brighton should pick up the win. It will be tough, but they are slightly better than the other.