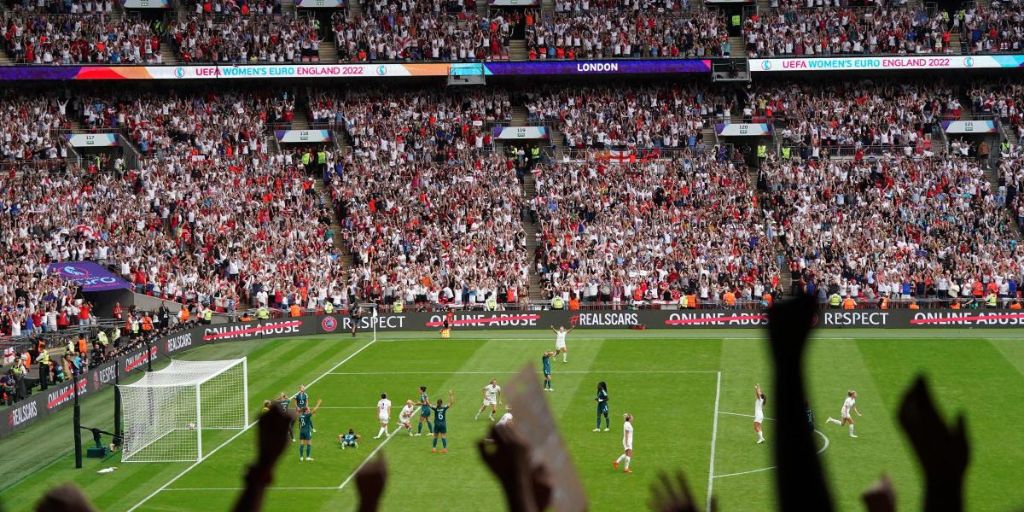 England women secured a historic win in the 2022 UEFA Euro final on Sunday. It marks their first-ever triumph in the competition’s history. Sarina Wiegman’s women beat Germany by a score of 2-1 in extra-time of a tense finale. The Dutch manager has now won the competition twice on the trot, winning it with the Netherlands in 2017. Furthermore, this victory marks the first major international title in England’s women’s football.

The Wembley stadium in London served as the venue for the final match. A sold-out crowd of 87,192 were in the stands to mark the record attendance in both women’s and men’s Euro history. It was a fitting setting for the decider of one of the finest football tournaments of all time. Just ask Svenja Huth, a seasoned professional in the women’s game. She has two CL titles, a Euros trophy, and an Olympic gold medal to her name. However, when she appeared for the pre-match press conference for Germany the day before the final, she took her phone and clicked a picture. It was a room packed with the media people, and the 31-year-old hadn’t seen such anticipation surrounding women’s football ever before.

How did Sarina Wiegman’s England win the 2022 Women’s Euro?

England were the hot favorite for the crown in their homeland. They set the tone with a win over Austria on Matchday 1. Their semis saw them thrash another tournament-favourite Sweden 4-0. It proved a perfect run to the final for the Lioness at home.

However, the final evening did not start as planned for the German fans. Their captain Alexandra Popp was ruled out of the final. It was due to an injury that she suffered during the warm-up at Wembley. Notably, the talismanic striker was the joint top-scorer and had shown fine form leading up to the final. Nevertheless, their breathtaking semi-final victory over France was a high cause for optimism.

England started the match with an unchanged playing 11 since the first matchday. However, it was their tried and tested sub, Ella Toone, who came on and broke the deadlock in the 61st minute. The player of the tournament, Keira Walsh, provided the assist which was finished off equally deftly by Toone. Germany seemed to have been missing Popp in the frontline until Lina Magull came up with a late equalizer with only 10 minutes to go on the clock.

The game’s defining moment came in the 110th minute of extra time via a toe poke off the boot of Chloe Kelly. The scenes following that goal were one to behold for football fans worldwide. Sarina Wiegman has done what she was brought in to do in only a year by delivering a win for England in the 2022 Euro. It is their first major international trophy since the 1966 FIFA World Cup triumph by the men’s team. And it’s scary to think what heights she can take this side in the near future. Nevertheless, their next big match comes against reigning World Cup champions Brazil in the Women’s Finalissima match. 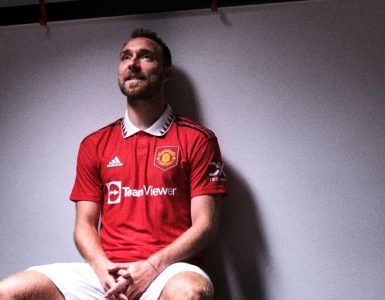 The Christian Eriksen to Manchester United announcement video begins with a monologue, “To be top again…”. It pretty much sums up the gravity of this move for the club and the player. The Danish... 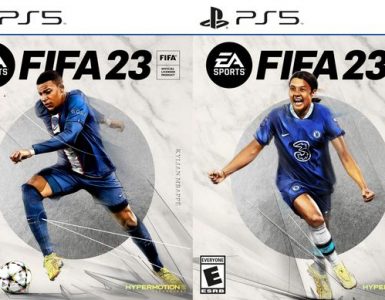 The FIFA 2023 Cover is out now, and there have been a lot of reactions coming in. Kylian Mbappe and Samantha Kerr have appeared on the cover, separately and together. This is the last time FIFA will come without EA, as... 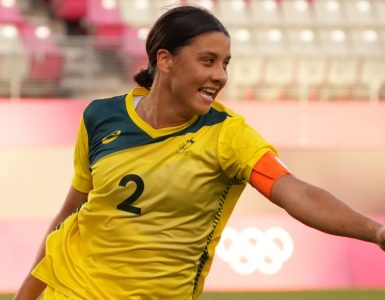 The topic of Sam Kerr’s net worth has been booming ever since her Fifa 23 cover release. Coming from Australia, the 28-year-old is at the peak of her career. She has been, for a while now, a goal machine...