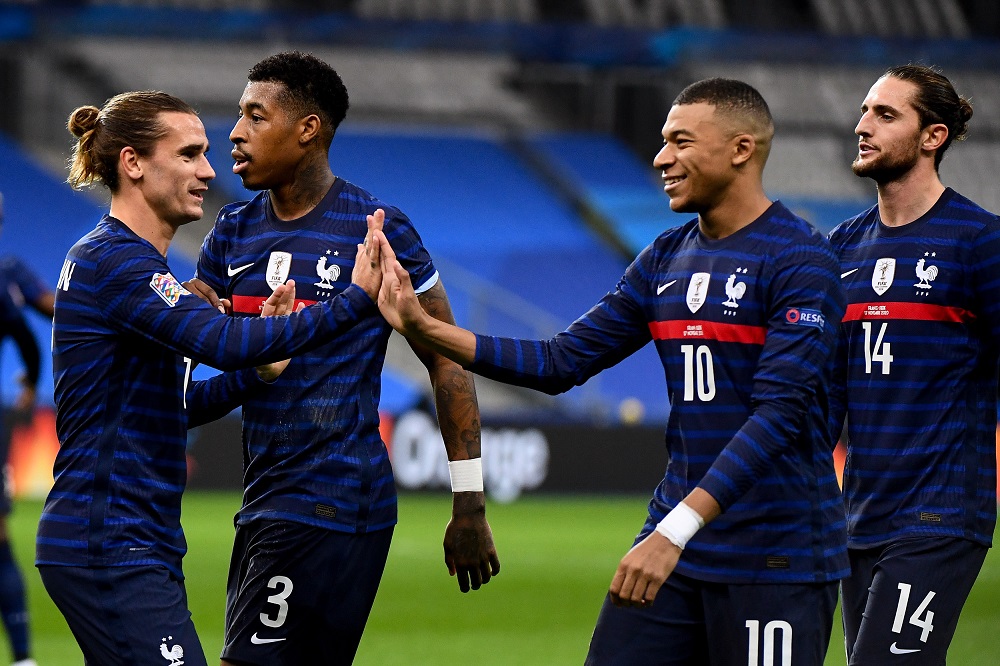 Just 4 days ago, France confirmed their qualification for the next stage of the UEFA Nations League. However, there was still one of their games remaining against the bottom-most team i.e. Sweden. France had shown excellent game during all the matches as they had won 4 matches and drawn one. On the other hand, Sweden had lost all their games except one against Croatia. Even though this match had no real value for the qualification, both the teams were excited for this fixture. A win in this game would have helped Sweden to finish above Croatia whereas a win for France would act as a boost of confidence for them. So, let us see what happened during the match.

The match started as Sweden kicked off on the referee’s whistle. However, France did not take the match lightly as they were pressing from the beginning of the match. They wanted to keep the ball to themselves and maintain good possession. However, within 4 minutes of the start, Viktor Claesson scored the first goal of the match to give Sweden a 1-goal lead. He dribbled past two defenders and took an attempt at the goal. His shot took a deflection after hitting Varane and went into the goal. However, in the 16th minute, France made a comeback with an equalizer as Giroud smashed the ball into the goal with his left foot. Marcus Thuram was inside the box dribbling and immediately passed the ball to Giroud as he saw no man was marking him. As a result, now the scores were tied at 1 each.

After the first goal, France was looking even more confident now and was completely dominating Sweden. They had good possession of the ball and were also creating chances. Sweden, on the other hand, also did not step back as they wanted to win at least this game. They were also creating chances but were not being able to convert any of those. Finally, in the 36th minute, France scored another goal as Benjamin Pavard took a brilliant volley. Thuram was taking a shot when the ball got deflected after hitting a defender. Pavard seized the opportunity and smashed the ball into the bottom left corner of the net. With that, the score at halftime was 2-1.

Let's get Thursday off to a🔝start! All 4⃣ of Les Bleus' goals in their last game of 2020 👏 #FiersdetreBleus pic.twitter.com/xiSQTg1DUL

The second half began and from the start, it felt like France was not satisfied with 2 goals. They were looking hungry for more and hence, they were playing a possession game and were pressing a lot. Consequently, in the 59th minute, Giroud scored his second goal to triple the lead for his side. He took an amazing header after a beautiful assist from Mbappe. The ball went past the Sweden goalkeeper Olsen as France was now leading by 2 goals. After that, the match was completely in France’s favor as they had completely dominated Sweden. However, in the 88th minute, Robin Quaison scored the second goal for Sweden. He revived the hope for a win amongst his teammates. It was a brilliant play as Bengtsson dashed past the left flank and passed the ball to Quaison. The latter made no mistake and scored a simple tap-in goal to make the score 3-2.

Now, everyone was excited to see whether Sweden could get another goal to draw the game. In fact, in the 90th minute, the trailing team did get a chance in the form of a freekick. However, they missed it and L. Digne passed the ball straight towards Kingsley Coman. The latter then rushed with the ball towards the goal and took a simple shot from outside the box since the goalkeeper was also ahead for the freekick. As a result, France had defeated Sweden with a score of 4-2 to win their 5th game of the UEFA Nations League group stage. They had not lost a single game as they had won 5 and drawn 1. Sweden, on the other hand, ended their season with a shameful defeat as they had lost 5 games in all now. They had finished their season at the bottom of the points table.