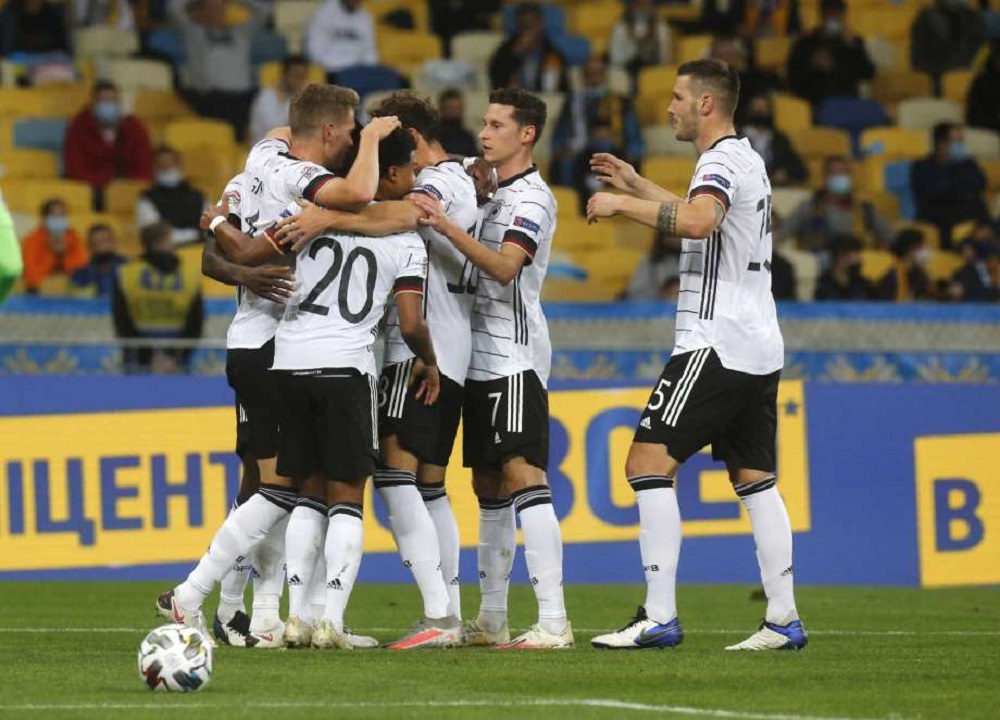 The UEFA Nations League 2020/21 group stage began on 3rd September 2020. We had to see some thrilling matches like Portugal vs. Spain, Germany vs. Switzerland, the Netherlands vs. Poland, and many others. On Friday night, we got to see another such an exciting match. The 2014 World Cup winners Germany were going up against Ukraine. Both the teams were looking for a win as the winner would reach the Top 2. Ukraine had won a match and lost another, whereas Germany had drawn both their matches. It was going to be exciting as we would see if Germany would get their first victory now. The line-ups for both the teams were as follows:

Their manager J. Low went with a formation of 4-3-2-1 with Gnabry as the sole striker and Draxler and Goretzka as the attacking midfielders.

Their coach Shevchenko went with a formation of 4-1-4-1 as he kept Yaremchuk as the only striker.

Who will win today's 3 late games?#NationsLeague

The match began, and Germany kicked off. Germany was keeping full possession of the ball. Ukraine was not trying to press much as they knew it could backfire. The game was going on smoothly until the 20th minute when Ginter scored the first goal for Germany. Kimmich took a shot to cross in the ball, after which Sule passed it to Rudiger. Rudiger took the ball as he dribbled past 3 players and passed it inside. Ginter immediately ran in and converted the opportunity. However, even after that, Germany did not stop and kept attacking as they wanted more goals. But, they were denied again and again as the Ukrainian goalkeeper Bushchan made some excellent saves. With that, the score at the end of the first half was 1-0 in Germany’s favor.

Now, Ukraine needed to play aggressive in the second half as Germany was dominating them completely with the ball’s possession. The second half began, and Ukraine was in attack mode now as they kept on pressing Germany and were creating chances. However, their efforts went in vain in the 49th minute as Goretzka doubled Germany’s lead. Klostermann had crossed in the ball, which was deflected by Bushchan but hit Goretzka’s head directly as it went into the goal. That was the last goal for Germany as then, in the 76th minute, Malinovskiy converted a penalty. Sule fouled Yaremchuk inside the box for which Ukraine was awarded a spot-kick. However, they scored no goals after that penalty, which led to their loss.

Just like this, Germany won their first match of the UEFA Nations League group stage. They had previously drawn against Switzerland and Spain. Now, they were in the 2nd position on the points table after their 2-1 victory over Ukraine. On the other hand, Ukraine is now in the 3rd position as they have only won 1 match, i.e., against Switzerland. Now, they will be facing Spain in their next match on 14th October. On the same day, Germany will be playing their 4th game, which will be against Switzerland. It will be interesting to see if Spain and Germany can fix their spots in the Nations League with a win in their next match.