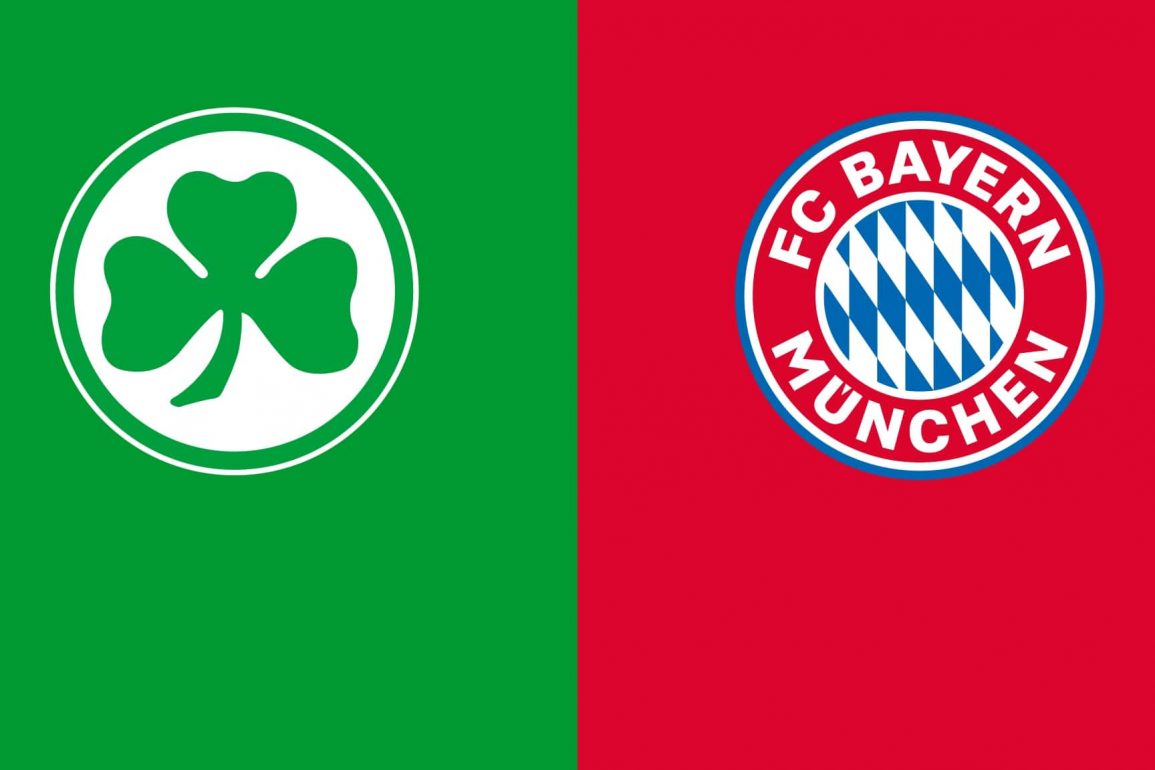 The following article is about the prediction about the match between Greuther Furth vs Bayern Munich. The German Football League also known as Bundesliga is one of the most popular football leagues in the world. World-class players from all over the world play in this league. Eighteen teams compete against each other to be the best in Germany. The atmosphere in the entire stadium is fabulous, with the fans shouting at the top of their voice to cheer for their favorite team. Banners and posters are brought to the stadiums to encourage the players.

One of the better matches of the league is going to take place between Greuther Furth and Bayern Munich. Both the clubs are known to have passionate followers. It can be well understood that the level of football the fans are going to experience will be too good. Not only in Germany but all over the world, the fans are finding it very hard to bottle down their excitement and joy. Most of the details about the match have already been revealed, so let us see all those details surrounding the match, without any delay.

The match between Greuther Furth Vs Bayern Munich is going to take place at 7:30 P.M. according to the Indian Standard Time. The fixture will happen on 24th September 2021. The match will be broadcasted live on Sony TEN 2 and Sony TEN 2 HD channels. It can also be streamed on the Sony Liv app and the Jio TV app. For international viewers, it is available on Sky Sports Germany and ESPN+. The match between Greuther Furth Vs Bayern Munich will be played at Sportpark Ronhof, Bavaria. The tickets are available online.

SpVgg Greuther Furth was playing in the second division of Bundesliga, also known as Bundesliga 2. They qualified to the first division this year. They are yet to find their glory of last year. Greuther Furth is currently in the 18th position of the league and is in the relegation zone. Furth has only managed to get 1 point from their five league games. The point came from a draw against Arminia Bielefeld. They have a squad with young talents like Cedric Itten, Julian Green, Adrien Fein, Jeremy Dudziak, and several other players. Greuther Furth needs to focus and catch their momentum.

Now coming to the visiting team, Bayern Munich, everyone knows that they are one of the European Football giants. Currently, they are leading the Bundesliga table with 13 points from five games. They are performing well in Europe too. Bayern Munich has been winning the title for the last 9 years. Robert Lewandowski, their top striker, is currently one of the best strikers in the world. By scoring in the last match, he scored consecutively in 19 matches. Other than him, there is Leroy Sane, Leon Goretzka, Thomas Muller, and other world-class talents. Each of them can change the flow of the match with their skills and experience.

The match between the first team of the table against the last of the table is sure to attract a lot of eyes The Bayern Munich fans will be wishing to see their team thrash the other team, while Greuther Furth fans will be hoping that their team snatch victory against the current champions to gain momentum. A squad of world-class players will be facing a squad of potential young stars. On predicting the match, I will go in favor of Bayern Munich a 3-0 win over Greuther Furth. An interesting game of football is going to take place on the 24th of September. Be sure to mark that date and tell us who you think will be the victors at the end of the match. Do not forget to give us your feedback on the article.