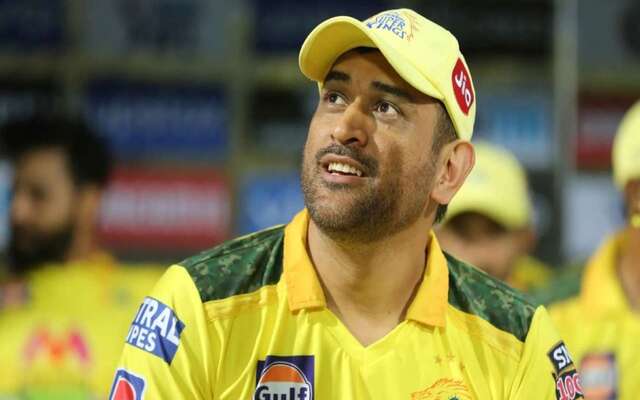 Mahendra Singh Dhoni, our very own MSD, is celebrating his 41st birthday today. The former Indian wicketkeeper-batsman and one of the best captains of all time, Dhoni is a huge public figure. In India, he is treated no less than a superstar, and abroad also, he receives tremendous reception. He has been the longest-serving captain for India, almost 10 years in one-day international cricket. He turns 41 today as India plans to celebrate his birthday. All over the country, his fans will gather in large numbers, bring cakes, and celebrate the occasion of their loved one.

Yesterday, Dhoni was spotted in the Centre Court, attending Rafael Nadal’s quarter-final against T.Fritz. He has retired from all forms of international cricket but continues to play for his IPL franchise, Chennai Super Kings. He is the only captain to have won all major trophies for India. When he became the captain in 2007, he managed a very young team that won the first-ever T20 World Cup in South Africa. In 2008/2009, he led his test team to become number 1 in the ICC rankings. And who cannot remember the six Dhoni hit to win the cricket world cup in 2011. In 2013, under MSD’s leadership, India also won the Champions Trophy in England.

A lot of fans and celebrities have been pouring their wishes out on social media on Mahender Singh Dhoni’s birthday. Here is a look at some of them.

This is the official Chennai Super Kings’ Twitter handle. The best player and captain.

The Chief Minister of Tamil Nadu, M.K Stalin, also wrote a tweet for the birthday boy.

Your unparalleled achievements have given hope to millions of youngsters from humble rural backgrounds to pursue their dreams.

Eagerly waiting to see you play again in our own #Chennai.#HappyBirthdayDhoni pic.twitter.com/Drb2um69Rg

His former teammate, Virender Sehwag, also had a few words to say.

Till the time full stop doesn't come,a sentence isn't completed. Till the time Dhoni is at the crease,match isn't completed.
Not all teams have the fortune to have a person like Dhoni, Happy B'day to a gem of a person & player,MS Dhoni. Om Helicopteraya Namaha #HappyBirthdayDhoni pic.twitter.com/qGFhpcP5so

Dada taught us youngsters how to win and Dhoni made it into a habit. Two great leaders from different eras born just a day apart. Happy birthday to the men who shaped Indian cricket.@msdhoni @SGanguly99 pic.twitter.com/oD7o5VnJVK

Ajinkya Rahane too, had a lot to say in his tweet for Captain cool.

Many many happy returns of the day, Mahi Bhai! It was an enriching experience to have played under your leadership and I wish you nothing but the best for the year ahead! pic.twitter.com/8jcXP5RhO0

And rounding it off with what BCCI had to say about the champ.

Here's wishing @msdhoni – former #TeamIndia Captain & one of the finest to have ever graced the game – a very happy birthday. 🎂 👍 pic.twitter.com/uxfEoPU4P9

A Little About MSD

Mahender Singh Dhoni was born on 7 July 1981 in Ranchi, Jharkhand. As a schoolboy, he was more into football and not cricket. It was his sports teacher who saw his goalkeeping skills and thought of trying him as a wicketkeeper. Soon he developed as one of the best wicketkeepers in the school, then town, and the city. Ever since he joined the Indian side, he was never dropped. Soon he became an integral part of the team and later became the captain. Under his captaincy, team India became the best team in the world. Dhoni is popularly known as captain cool, his ability to stay focused even during tense situations. He is also probably white-ball cricket’s best player and finisher.

Also Read: Gabriel Jesus Net Worth: You Were Not Expecting This Much