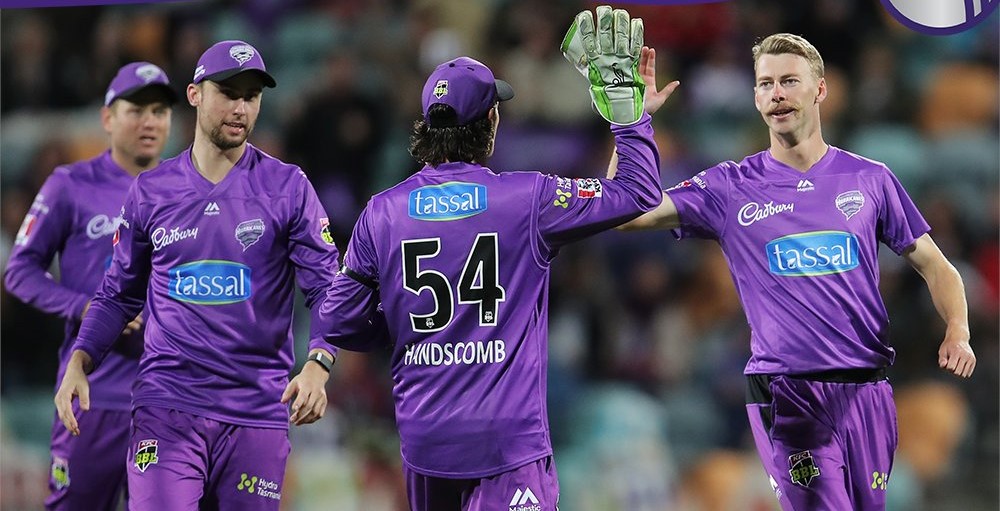 The KFC Big Bash League 2020/21 is here with its fixture. After so long, the league returned once again for all the cricket lovers. Just three months ago, the Indian Premier League (IPL) was also played. After a long time of lockdown, now things have returned to normal or at least they’re starting to return to normal. As a result, the KFC Big Bash League 2020/21 is also here with its 10th edition. Big Bash League is the professional men’s domestic cricket competition of Australia. The league started on 10th December with the first match between Hobart Hurricanes and Sydney Sixers. Sydney Sixers were the defending champions as they won the league last year. So, they were looking forward to show their dominance is still there with a win in the opening match. On the other hand, Hobart Hurricanes also wanted to bag 2 points from a victory in the first match.

The match began as Sydney Sixers won the toss and opted to bowl first. They wanted to restrict the Hurricanes to a low total so they (Sixers) could win with an easy chase. Consequently, that is exactly what the Sydney Sixers did as in the 1st over itself, Hurricanes’ opener Will Jacks (0 in 2) got out. In the very next over, D’Arcy Short (0 in 1) also got out. Then came Colin Ingram and Peter Handscomb to support the Hurricanes innings. They did really well as within the 6 overs of the powerplay, they managed to get 43 runs after a loss of 2 wickets only. However, then in the 8th over, Handscomb (24 in 20) got out. So, Macalister Wright (8 in 10) came in at 5. But, soon even he got dismissed in the 12th over.

As a result, Tim David came in at 6 to support Ingram. However, in the 16th over even Ingram (55 in 42) lost his wicket to Christian. But, the Hurricanes didn’t need to worry as Tim David was in excellent form. He smashed 58 runs in just 33 balls before getting out in the last over. Apart from him, Faulkner (6 in 4), Nathan Ellis (14 in 5), Botha (1* in 1), and Boland (6* in 2) also chipped in a few runs. At the end of the first innings, Hobart Hurricanes had scored 178-8. As a result, now Sydney Sixers needed to chase 179 runs in their 20-over innings. It wasn’t a huge target for them. However, Hurricanes had the bowling attack that could defend a total of 178.

Josh Philippe and Jack Edwards opened the innings for Sydney Sixers but in the 1st over itself, Philippe (1 in 3) got out. So, James Vince came in at 3. He settled in really well with Edwards as they smashed 48 runs in the powerplay. They were playing really well and managed to get a partnership of 116 runs in just 78 balls. However, in the 14th over, Vince (67 in 41) got out and in the very next over, Edwards (47 in 39) also got dismissed. Now, Daniel Hughes (9 in 12) and Jordan Silk (13 in 12) were on the crease. Sydney Sixers needed 59 runs in just 34 balls if they wanted to win. The two players tried all they could but in the 18th and 19th over, even they got out.

Not a bad way to introduce yourself in front of the home fans.

Tim David is the @KFCAustralia Player of the Match 👏 #BBL10 pic.twitter.com/K8INqzl1hn

As a result, Daniel Christian and Carlos Braithwaite came in at 6 and 7 respectively. But, even they couldn’t achieve much as Christian (10 in 8) got out in the last over. Consequently, Braithwaite (2* in 2) and Ben Dwarshuis (6* in 3) ended the innings for Sydney Sixers. They managed to get their team only as far as 162-6. Therefore, they lost the match to Hobart Hurricanes by 16 runs. Tim David won the Man of the Match award for his outstanding knock of 58 runs in just 33 balls. The Hobart Hurricanes must have surely gained a boost after their victory against the defending champions Sydney Sixers. However, this was just the match and many more are yet to come. So, they’ll soon be returning back to their grounds for some more practice.