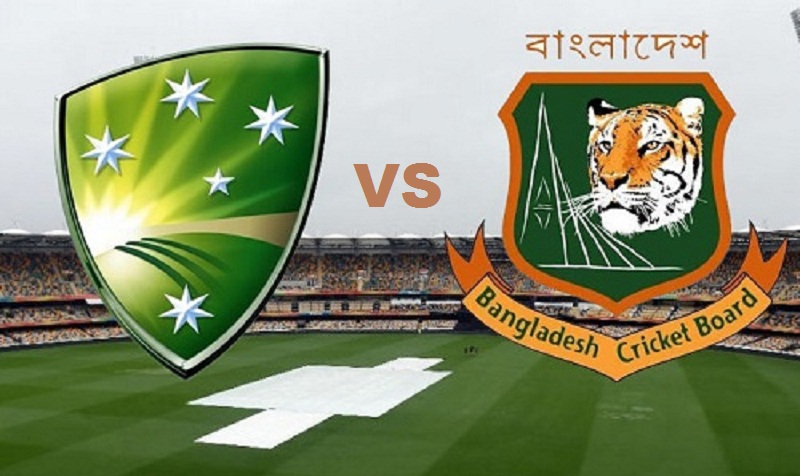 The following article is about the prediction of the match between Australia vs Bangladesh. People say that with each day, we become more mature. That is true, but only to some extent. It is not always that we get mature, sometimes due to some events, we forget that we are mature and start acting like kids. One such event is the ICC Men’s T20 Cricket World Cup. It does not matter whether we are a teenager or grown adults, we become like toddlers when this happens. The excitement and joy we feel are unparalleled. Sometimes we forget we are in public and shout out of excitement.

This year, the tournament has showcased several matches when the above-mentioned incidents have happened. As the tournament is entering its last stage, we are getting more restless instead of being calm. It is difficult to stay calm when we hear that Australia will face Bangladesh in their next match. Before the tournament began, Bangladesh defeated Australia twice in the three T20 matches. From that point, it is looking to be a good match. The fans are waiting to see who will dominate. Australia vs Bangladesh is sure to attract a lot of eyes. Before the match begins, let us look at the predictions and other details to get an idea of what the teams have in store for us.

Australia vs Bangladesh: Where To Watch?

In ICC Men’s T20 World Cup, there will be a total of 45 matches. Australia vs Bangladesh is the 34th match of the tournament. Both the teams belong to group 1 and will feature in a Super 12 clash. The match will start at 3:30 P.M. according to the Indian Standard Time and will take place on 4th November 2021. The game will be covered live from the Dubai International Stadium in UAE. People can watch the match live on Star Sports Select 1 and Star Sports Select Hindi. To get a better experience, they can switch to the HD version of the channels. The match will be available on the Voot Select app and the Disney+ Hotstar app for streaming.

Australia and Bangladesh: Players To Watch Out For

In every ICC tournament, Australia has always been in excellent form, but this year their performance can be graded as good, they are yet to reach the excellent stage. Australia is in the third position of group 1. They have played three matches and have won two. They have only lost to England and have four points. Australia has a negative run rate, and just winning this match is not enough. Matthew Wade and Steve Smith need to improve their game. If the middle order collapses, then Australia’s future in the tournament is doubtful. Only Glenn Maxwell and Mitchell Starc have been regular performers. Aaron Finch is also trying. Winning by a large margin can help them bring their net run rate to positive. Team performance is highly lacking for them.

Bangladesh has always been the dark horse of every ICC tournament. Most of the time, they perform well, but this time it is an exception. Bangladesh has already been relegated. Their fans are utterly disgusted with their performance. They are in the last position of group 1 in Super 12. Out of the four matches, they have played, they lost each one of them. None of the players have been up to the mark, and their standards have stooped down to gully cricket levels. Bangladesh will face Australia in their last match. It is the last chance for Liton Das, Mahmudullah, Mushfiqur Rahim, and the whole squad of Bangladesh to at least end the tournament on a good note.

Australia has never won a T20 World Cup, and there is a chance for them to fulfill that dream. They will try everything in their might to win this match to get those precious two points and improve their net run rate. On the other hand, there is no hope left for Bangladesh. The only thing that keeps them going is their desire to never give up. It is embarrassing for them to not win a match, and they will want to put an end to that embarrassment. On pen and paper, Australia is a much stronger team and is likely to be the victors of this match, but nothing is for certain in Cricket. Bangladesh may play a knock that will surprise its opponent. Everything will be answered on 4th November.